"I’m very lucky, very fortunate to have people like this around me." 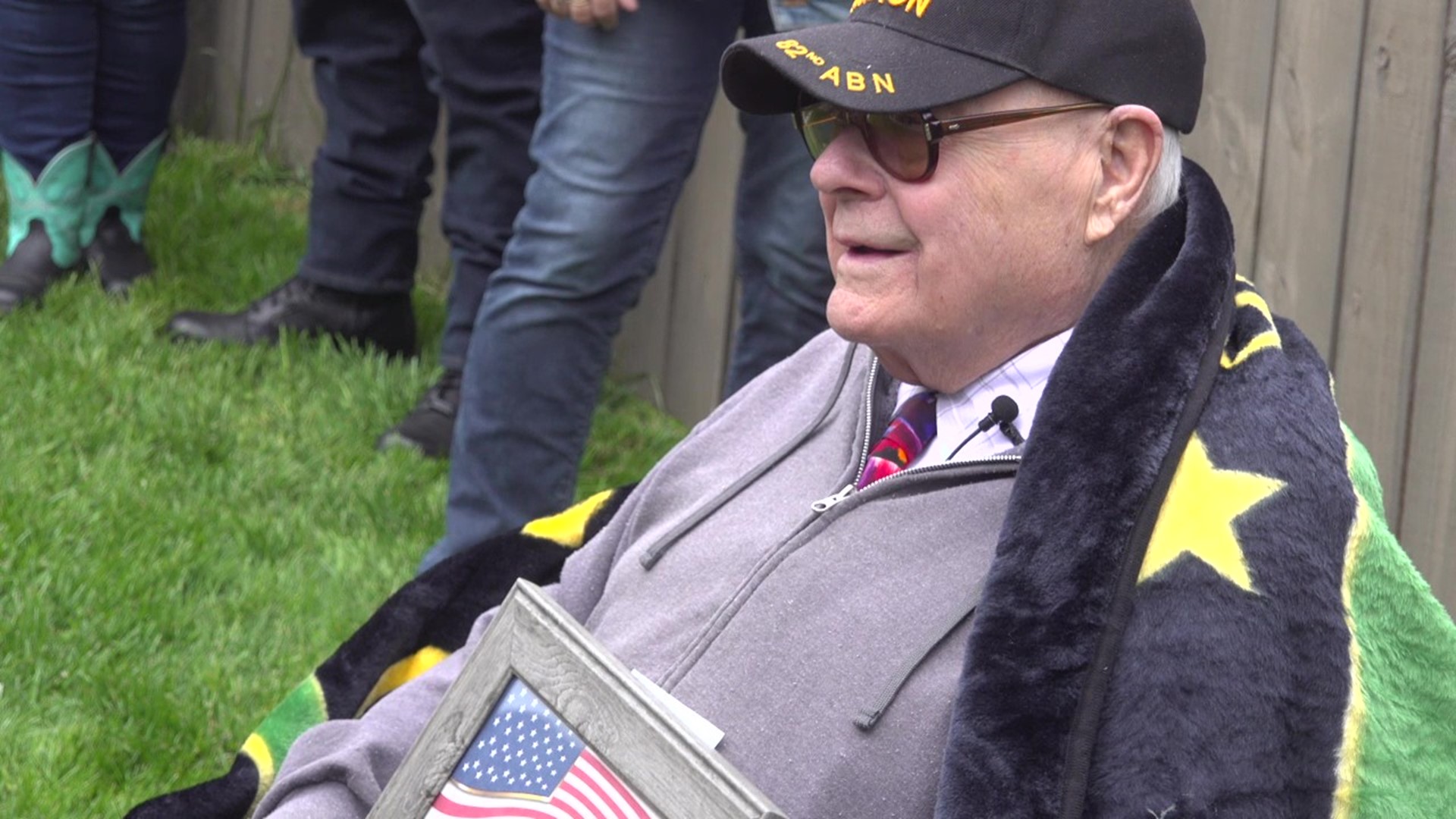 “I’m not going to forget this," said William Long.

88 year old William Long was surprised at his sons home with not only a party ahead of his 89th birthday, but also a ceremony honoring him with a blanket of honor.

Everything was organized by his daughter in law Judy, who says long has always been like a father figure to her.

"I'm very close with them. I drop and I run for anything for them," said William's daughter in law Judy Long.

The blanket of honor was a way for Judy to thank long for his service and all that he’s done for the country he loves so deeply.

Judy says seeing her father in law’s reaction was everything she hoped for and more.

"He came out and seeing everything and him being in tears. It got me," said Judy Long.

But unbeknownst to Judy, there was a surprise for her as well.

She was gifted with a blanket of her own.

Blankets of honor says it’s Judy’s devotion to her family and love for country that made her equally deserving of this honor.

For Long, being surrounded by people who love him was what made this celebration extra special.

"I’m very lucky, very fortunate to have people like this around me," said William Long.

An 88 year old Korean War Veteran is surprised with a blanket of honor ahead of his 89th birthday. We'll have more on the emotional ceremony on @fox43 at 10. pic.twitter.com/hmxOCVikOg