ATLANTA — Editor's note: The video above is an unrelated story about World War II veterans.

A World War II veteran from the metro Atlanta area was awarded with France's highest merit during a recent ceremony.

According to the French Consulate, the Consulate General of France in Atlanta decorated Albert Lubinsky, of Peachtree City, with the Legion of Honor on Oct. 31.

The Legion of Honor is bestowed upon French citizens and foreign nationals who have served France or the ideals it upholds, including individuals who have contributed to the country professionally, as well as veterans, such as the Americans who risked their lives during World War II fighting on French soil, according to the consulate.

Lubinsky was decorated by the Consul General of France in Atlanta, Vincent Hommeril.

According to the consulate, Lubinsky entered into active service in the U.S. Air Force on Feb. 8, 1944. After receiving flight training in Georgia, Arkansas and Texas, he participated in anti-submarine patrol missions.

On May 8, 1944, he left the United States for the Torretto Airfield in Italy. During his WWII service as a bomber pilot, he participated in 50 combat missions in nine countries, including France.

Lubinsky was a member of the 461st Bomb Group and primarily flew B-24 Liberators.

Other well-known American recipients of the Legion of honor include Generals Dwight D. Eisenhower and Douglas MacArthur. 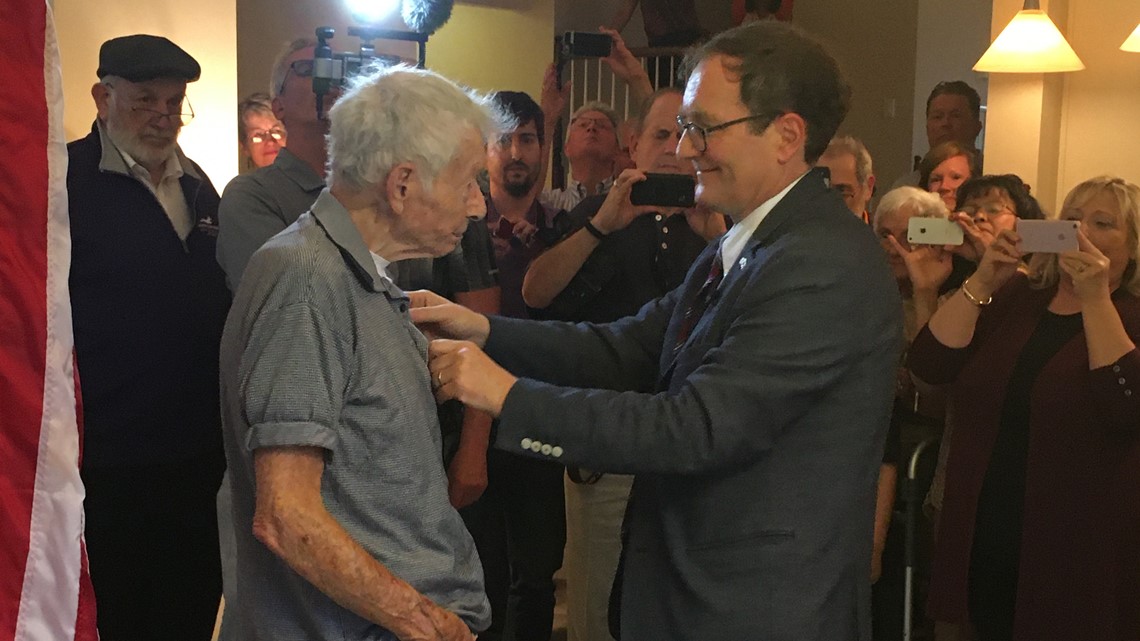