This is her story. 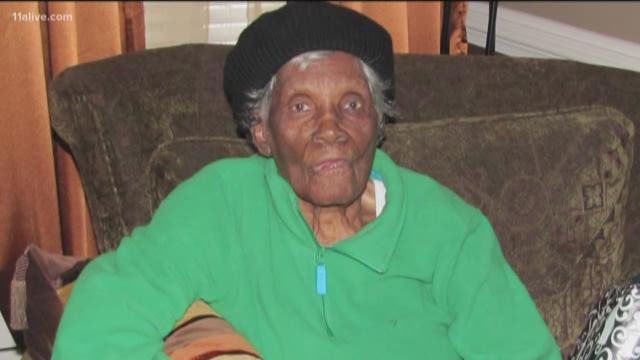 MILTON, Ga. -- Milton is saying goodbye to its special "Granny".

"Granny passed away Saturday, March 16 and was one of our oldest living residents," he wrote.

Duncan was born to farmers on Jan. 15, 1908 in a tiny village in Jamaica. The seventh of 13 children, she outlived all but one of her younger siblings, Lisetta, who is now 101 years old.

At 13, Duncan started teaching Sunday School and became interested in education, a profession that deviated from typical occupations of that time. From age 8 to 15, Duncan rode her family's donkey to and from school, eventually becoming a teacher's aide.

In her spare time, Duncan studied dressmaking and for almost a decade, she "made sure everyone in her village wore dresses and suits of her own design." Her skills and determination caught the eye of WWI veteran Charles McLaughlin, who eventually became her husband.

Eventually, they moved to bustling Kingston, Jamaica with her adoptive niece. In 1940, the couple welcomed another child, Norma Denton and a few years later, when her adoptive niece had a son, the couple adopted him as their own, too. But, life with Mr. McLaughlin was not what she hoped for, so they soon parted ways.

Duncan continued with creating garments and built her own business. She also remained active in an Apostolic church and went on to become an Evangelist, traveling the world to spread her faith.

Family said she was known to give anyone in need the shoes from her feet and the clothes from her back, "and if the clothes did not fit, she would make new clothes for whomever needed it."

Duncan migrated to the United States in the 1980s with her family when she was in her 70s. They settled in Cleveland, Ohio, where she served at a local church. After battling illness, she eventually relocated to to Alpharetta, Georgia at the age of 87, because the "warmth and sunshine reminded her of her home in Jamaica."

Through the years, Duncan survived breast cancer at 104, and other illness.

Family said you'd never hear her say that she’s old." Instead she announced her age with a hearty, “I’m 200 years young” (because she is already looking towards the next century of her life).

"I can remember dancing with Granny as her family and friends gathered to celebrate her turning 100," said Milton Mayor Lockwood.

In celebration of her 110th birthday back in Jan. 2018, Milton declared it "Elsada Miriam Duncan Day".

"I will be forever grateful that I had the opportunity to celebrate these milestone birthdays with such a special resident," Lockwood said.

Duncan was said to have a great sense of humor and alert mental health as she continued her evangelical work. She attributed her long life to a strong faith in God.

"I will leave you with what was her most recent birthday message: 'We must all show love to each other and be kind to each other.'"

Other stories you may enjoy:

RELATED: She's the granddaughter of a slave. She's turning 111.