Mason's Super Dogs are so good, he’s officially licensed to sell on the campus of Morehouse College 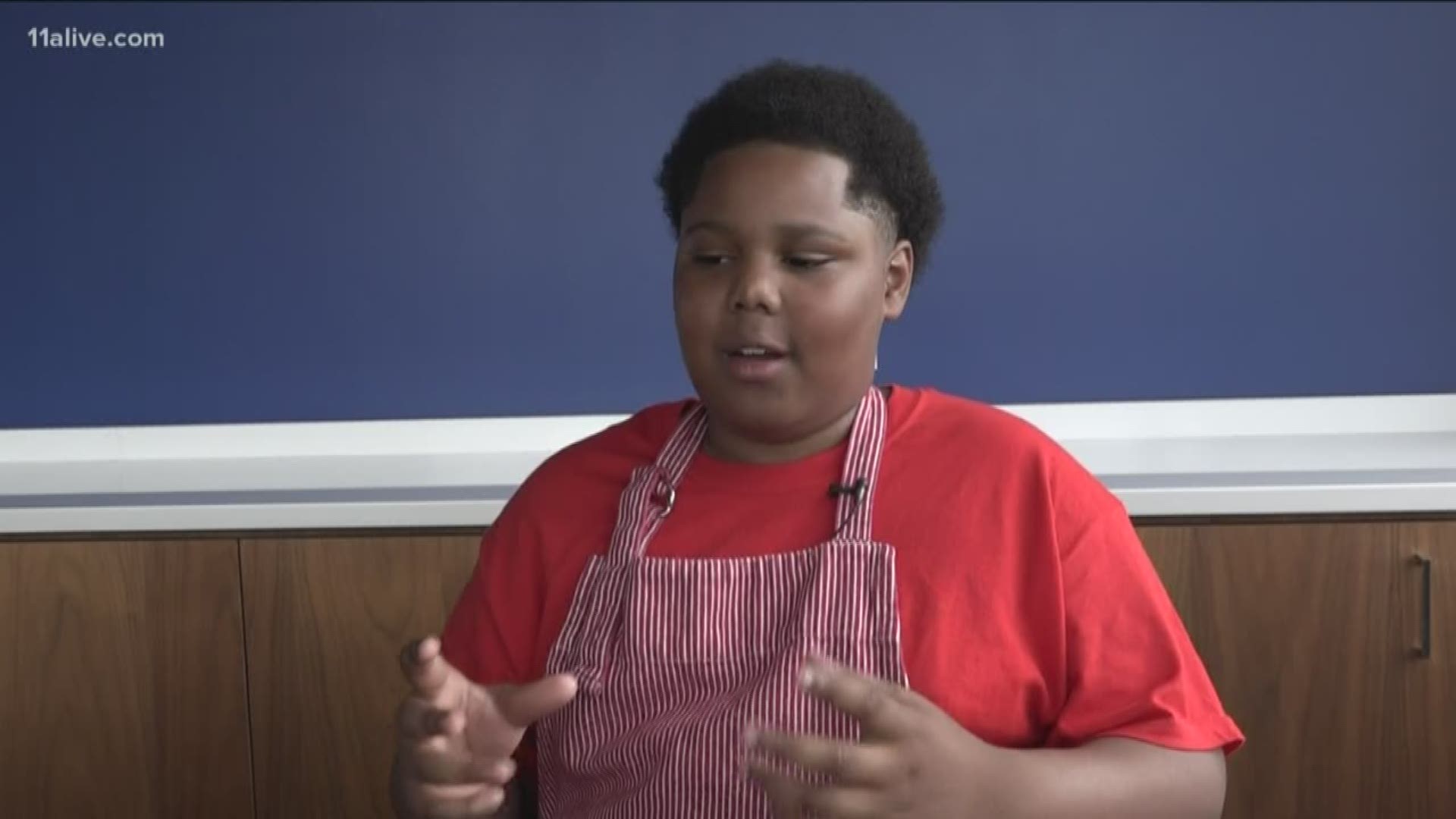 LITHONIA, Ga. — A good hot dog can be hard to find. But one 13-year-old from Lithonia is making it much easier.

As the nation celebrates the Fourth of July, PETA released its list of the Top 10 Vegan Hot Dogs of 2019. And nabbing the No. 5 spot is Atlanta’s own Mason’s Super Dogs - a hot dog stand owned and operated by 13-year-old Mason Wright.

For the past two years, Mason has crafted handmade specialty hot dogs enjoyed by residents throughout Metro Atlanta.

His recipes are so good, he’s officially licensed to sell on the campus of Morehouse College, where students not only support his business, but mentor him towards success.

Mason says he got the idea to start the business after a trip to New York.

“We were hungry, and as we were walking all I saw was hot dog carts," Mason said. "I took my first bite. It tasted like burnt chicken! But my specific words was, 'I can take this business concept back to Atlanta.'"

From there, he got to work.

He cut grass, mowed lawns and washed cars, all in an effort to buy his very first food cart. Those efforts paid off.

When Mason was told his Vegan Dog recipe won an award from PETA, he was very surprised.

"I was very happy. I was number five in the nation," he said. "And I was like 'Wow… I really did it. I really really did it!' It's pretty awesome!"

In its press release, PETA says “veggie dogs are lower in fat than traditional hot dogs and contain none of the cholesterol or cancer-causing agents found in their meat-based counterparts — and they spare animals immense suffering.”

Mason hopes to expand his business to a “fleet of food trucks.”

His mom says as long as he keeps straight A’s anything is possible.