'Here we cook for your soul:' Mediterranean restaurant is go-to for downtown diners

The line at Aviva by Kameel is proof of the restaurant's popularity. 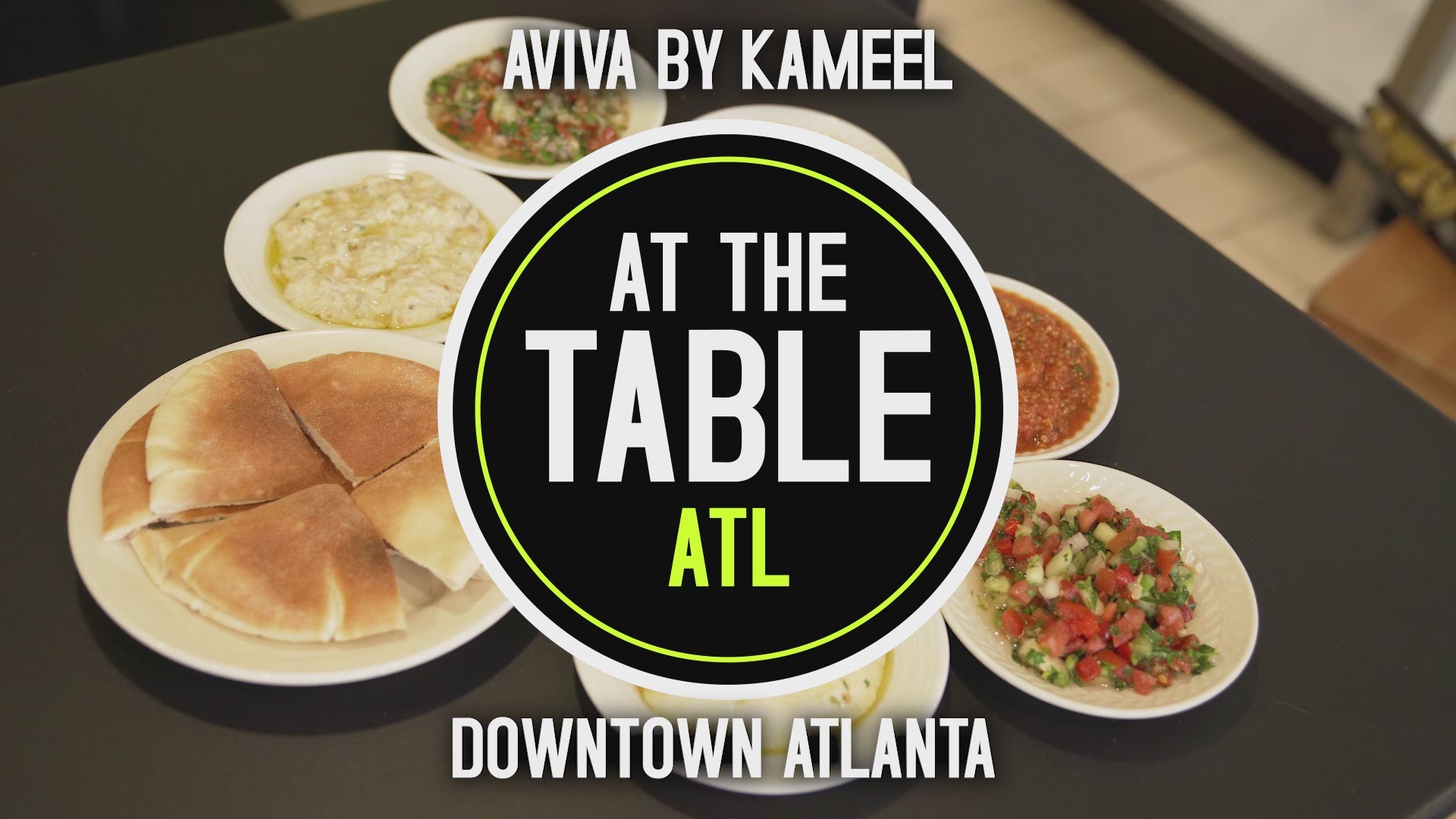 Pop by Peachtree Center during lunch hour, and you’ll find a line wrapping around the entrance to Aviva by Kameel.

The line is proof of Aviva by Kameel’s popularity but if you need to be further swayed, look for the welcoming presence of chef Kameel Srouji, often spotted among the waiting customers making small talk over samples of his house made soup of the day.

“Here we cook for your soul,” Srouji explained over the lunch rush, sitting down with At the Table ATL.

How does this dish represent Israel?

For Srouji, the location in Atlanta’s Peachtree Center provides an opportunity for the chef to share his cuisine with customers from all over the world.

“Where we’re at in Peachtree Center, it cannot get any better ... because there are so many visitors from all over the world," Srouji said, adding many of the restaurant's customers make Aviva by Kameel their weekly routine.