At The Table ATL 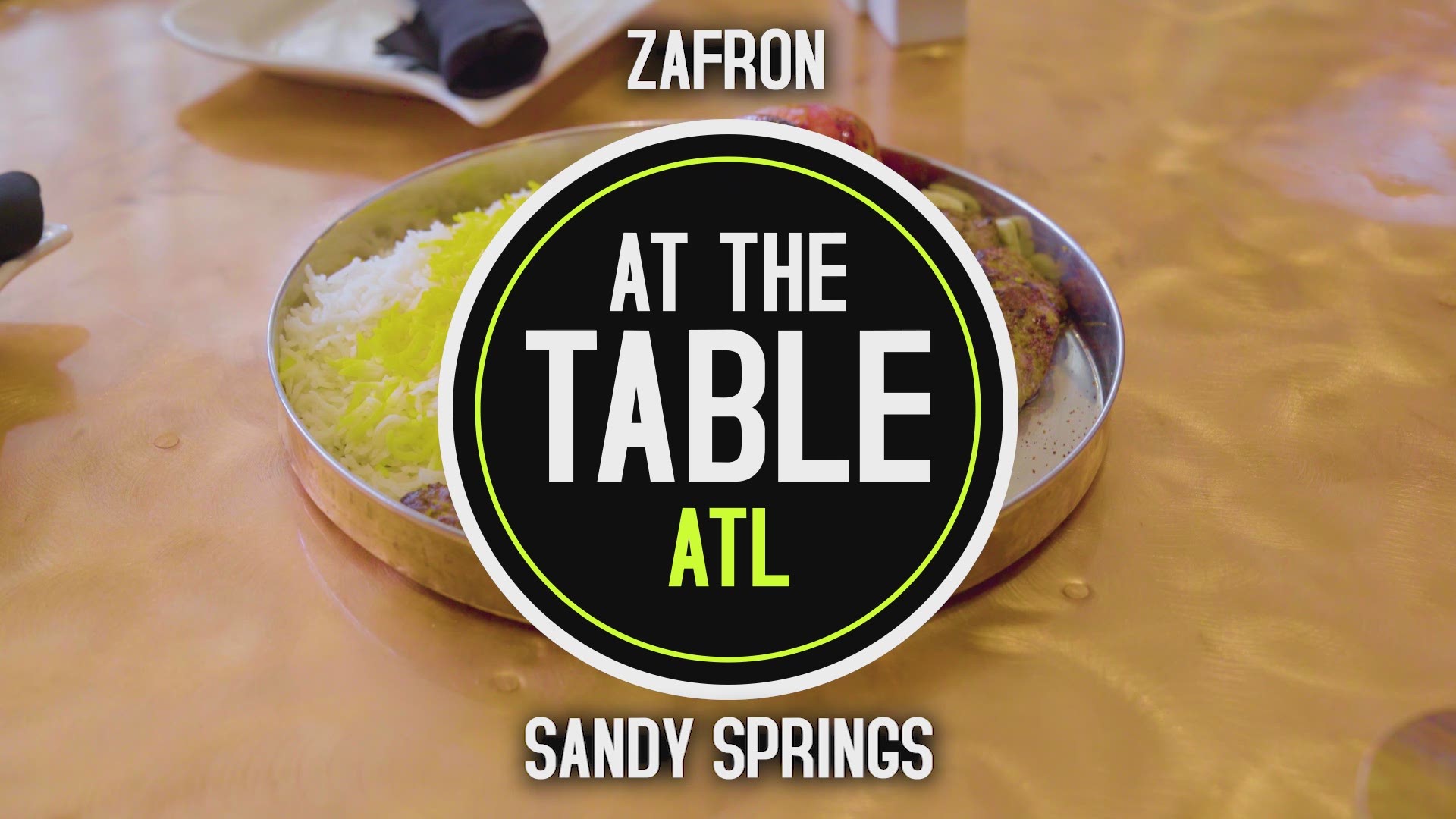 SANDY SPRINGS, Ga. — More than 7,000 miles from his native Iran, Peter Teimori has made a home in metro Atlanta, along with a haven for his country’s cuisine.

“It’s a very rich culture,” Teimori of Zafron Restaurant said. "Iranians are very proud of their culture. It’s an old culture – goes back more than 3,000 years. Kebab is part of that culture.”

Continuing such traditions are especially significant to Teimori, who left Iran in 1979 prior to the country’s revolution.

“We had to leave our country, empty-handed, no money, and just take our life and run away,” he said.

“How does this dish represent Iran?”

“What we have here is called Soltan Feast,” Teimori said. “It goes back to earlier days when everybody cooked on an open fire. There were no other ways to cook, and that’s where the dish came from.”

The dish, a combination of koobideh and barg kebab, smoked tomato and Zafron basmati rice, just one of the ways Teimori can relay Iranian culture with the greater metro.

“I’m very proud to be American today … and giving me the opportunity to be able today to present my culture to American people,” he said.

MORE FROM AT THE TABLE ATL

Eat around the world with this map of Atlanta's food scene