“I grew up with all these traditions, and it’s nice to show them.” 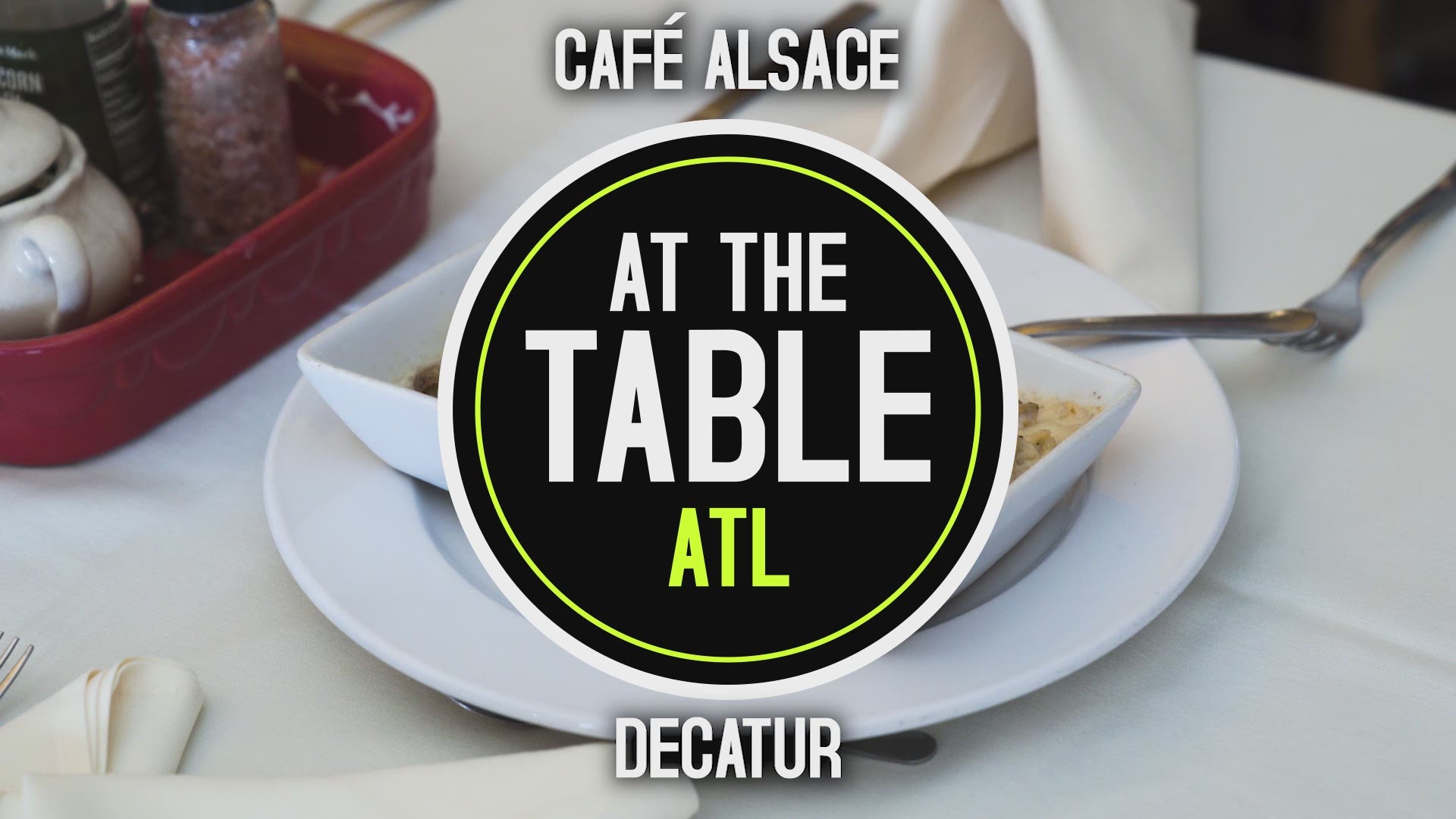 Since 1997, Bénédicte Cooper has welcomed diners to Decatur to enjoy the delights of Alsace.

At the Table ATL got a chance to sit down with Cooper and learn more of the culinary history behind Café Alsace's menu, which includes Alsacian favorites like Sauerkraut and spaetzle, amidst classic French fare.

“We have the spaetzle, which is basically between dumpling and gnocchi,’ Cooper said. “My used to make it. She was better than me, and she could actually dump the dumplings directly from the cutting board into the water. I tried that, and it didn’t work.”

Cooper's own version of spaetzle, Alsace noodles mixed with mushrooms and spinach and baked with cream and cheese, indeed takes prominence on the dinner menu, a nod to the chef's home.

“How does this dish represent France?”

“It represents Alsace,” Cooper said. “You won’t find [spaetzle] anywhere else but Alsace.”

“Alsace is very different from France as a whole,” she explained. “We do more white wine than . We use more pork than the rest of France. It’s a bit heavier, and you know in France, you have specific regions, and each region has its own specificity and specialties.”

“The winters are heavier. There are more farmers,” Cooper said. “You need heartier food.”

“I grew up with all these traditions, and it’s nice to show them,” she said.

The traditions have turned the café into a mainstay of Decatur for 22 , a feeling Cooper called “wonderful.”

For Cooper, Decatur has the feel of a small town, a feeling that reminds the Alsace native of .