The pandemic forced 41 percent of Black businesses to shut down, compared to 17 percent of white-owned businesses. 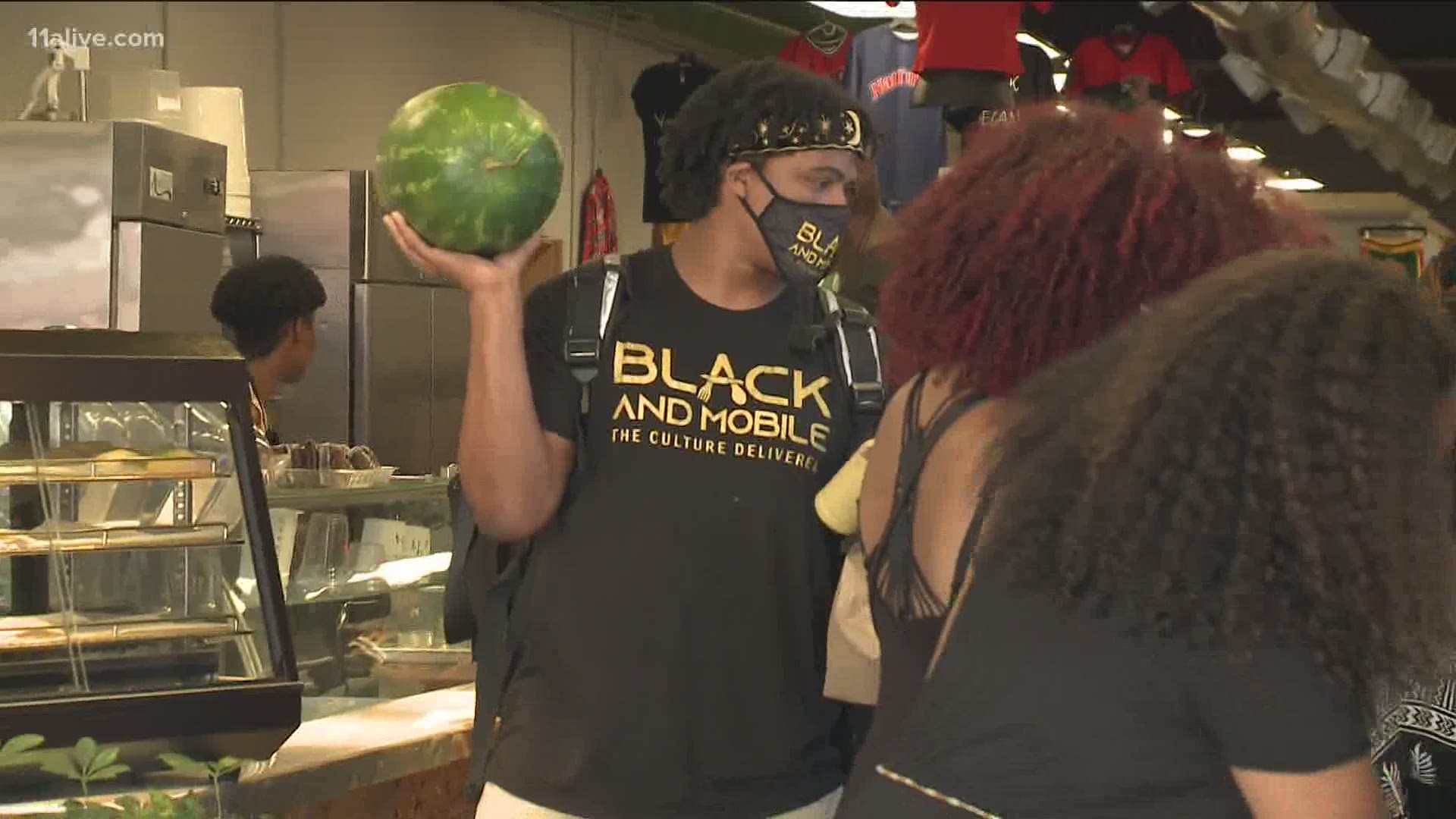 ATLANTA — During the pandemic, many people have turned to food services instead of going out. The industry has grown so much in recent years, Forbes places its projected value at $200 billion in five more years.

Black and Mobile will become the first Black-owned food delivery service in Atlanta on Saturday.

"I have high expectations and I think the community is fully behind me," said the company owner, David Cabello.

"We feel like they need the support more than anything," said Cabello.

Callob started the company in 2017 with his twin brother. It officially launched in Philadelphia last year. Atlanta is the second city added to its roster this year, behind Detroit.

"It was kind of like a no brainer because that’s part of my platform as it is to create a space an outlet for Black-owned businesses products," said market owner, Jeanette Sellers.

Cabello says he wants to be part of the solution by providing jobs and business to more black restaurants.

To use Black and Mobile, download its app in the Apple App Store and the Google Play Store.

‘I don’t want you to stop coming when being Black is not a hashtag’: Support for Black-owned businesses grows in Atlanta

How to support Black-owned businesses in Forsyth County