The high demand comes after a high rating in a review. 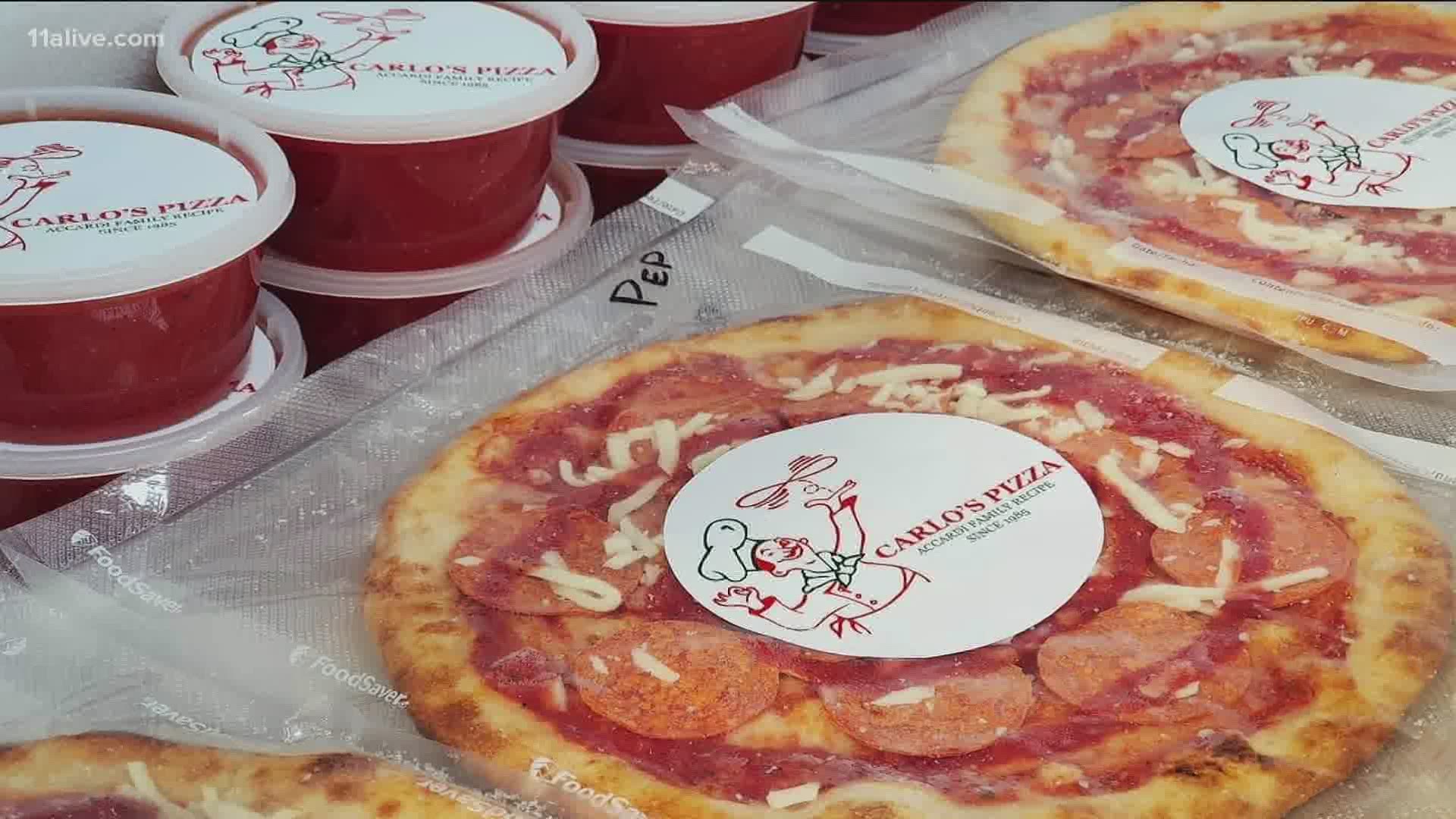 ATLANTA — The COVID-19 pandemic has forced many small businesses across the nation to close their doors, but there's one inside the Municipal Market in Downtown Atlanta that has found a way to adapt to the times.

Frozen pizzas along with homemade meatballs and sauce were made available online to continue to serve the shop's customers. All of the recipes continued to remain true to the family recipes which were created in 1985 in New Jersey by their late father. Carlo's Pizza was open a year ago by his four sons, and named after him.

Accardi didn't expect for demand to soar amid the pandemic as other small businesses are struggling to stay afloat, but the orders started coming in from a couple of dozen to thousands in just twenty-four hours. The spike in online orders came after Barstool Sports founder Dave Portnoy reviewed their pizza, and gave them an 8.1 rating.

“It was nuts. I have the online store on my phone, so it’s just ding, ding, ding," said Accardi about the amount of orders that came in.

Customers flocked to the website from all over the country.

“This is everything going out," said Accardi pointing to boxes piled up at the shop. "From the start of this, we could only produce 200 pizzas and now we produce 500 pizzas a day."

Accardi said due to the high demand, they've quadrupled the amount of employees at the pizza shop.

As of now, Accardi said they've sold and shipped more than 40,000 pizzas since the pandemic began. He hopes his story helps other small businesses find a way to adapt rather than to fold during these times.