The vegetarian-friendly burger has allegedly become so popular nationally that it's putting a strain on the supply chain. 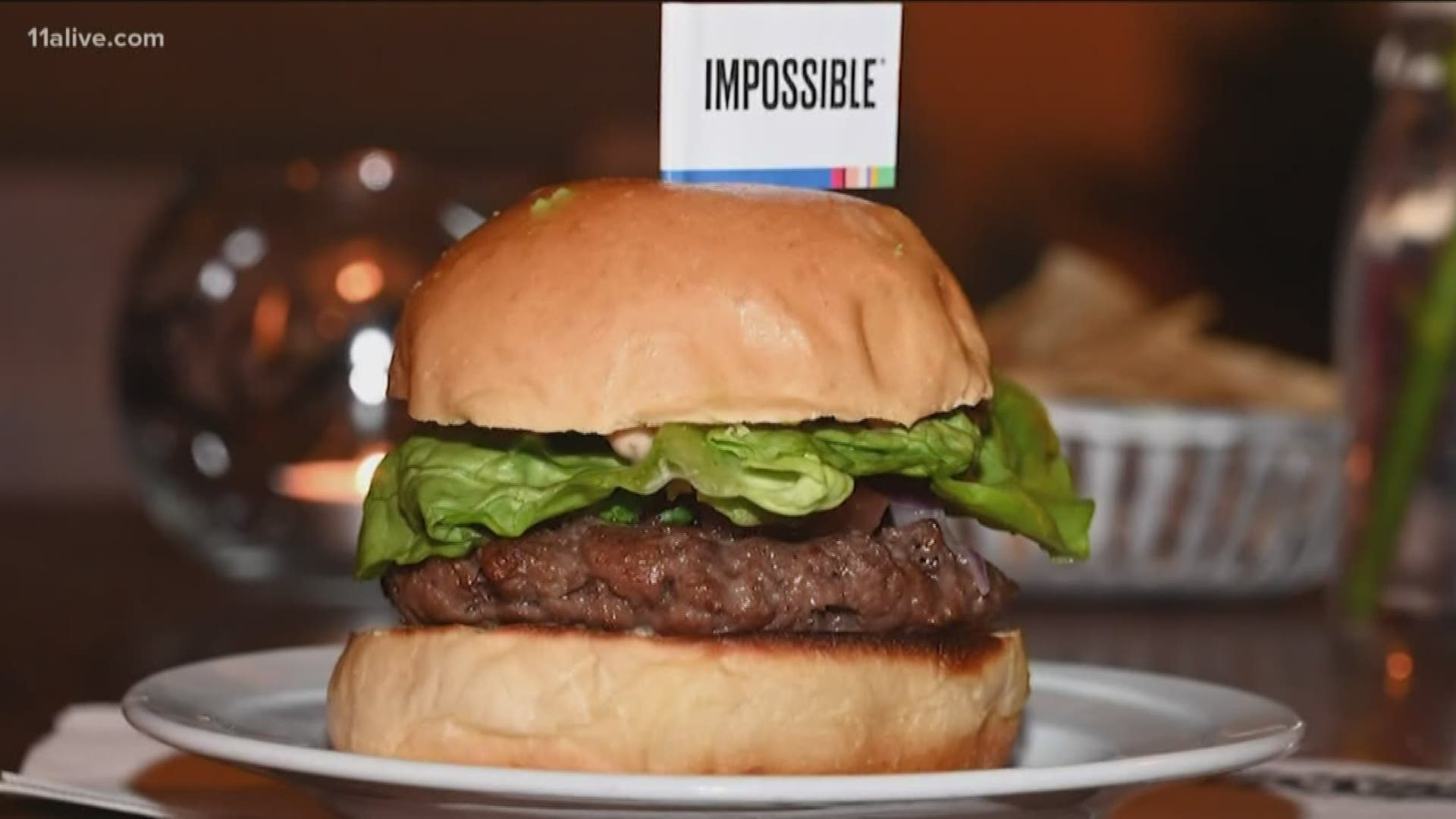 ATLANTA - The Impossible Burger got its name for being a vegetarian burger that tastes "impossibly" like the real thing. But massive production demands are making snagging one closer to home impossible, as well.

Grindhouse Killer Burgers, one of Atlanta's most well-known burger restaurants, is asking fans of the popular meat substitute to call ahead to make sure the burger is in stock.

"Grindhouse Killer Burgers will face sporadic outages of the Impossible Burger until the supplier works out production issues," the restaurant said in a statement.

The burger chain attributes the shortage to high demand nationwide - so the California-based manufacturer, Impossible Foods, is struggling to keep up. Grindhouse was actually the first restaurant in Georgia to serve the Impossible Burger back in 2017.

Since then, the company has expanded to supply its meatless substitute to over 7,000 restaurants and even partnered with Burger King, recently.

Impossible Foods said that it "recognizes the inconvenience that this shortage is causing and sincerely apologizes to all customers, particularly those who have come to depend on the additional foot traffic and revenue that the Impossible Burger has generated."

The good news is that Impossible Foods said they aren't running out of ingredients - it's just a matter of moving faster. The company has announced plans to increase hours at its Oakland, California plant and add a third shift. The company will also install a second production line to double capacity.

He added that the menu offering should be available on a regular basis again very soon. On Twitter, Grindhouse said that it expects the shortage to last until mid-June, though an exact timeline isn't available.

Until then, the folks at Grindhouse will cook them as they get them. So hungry patrons should either pick up the phone or have a second choice ready when they hop in line.