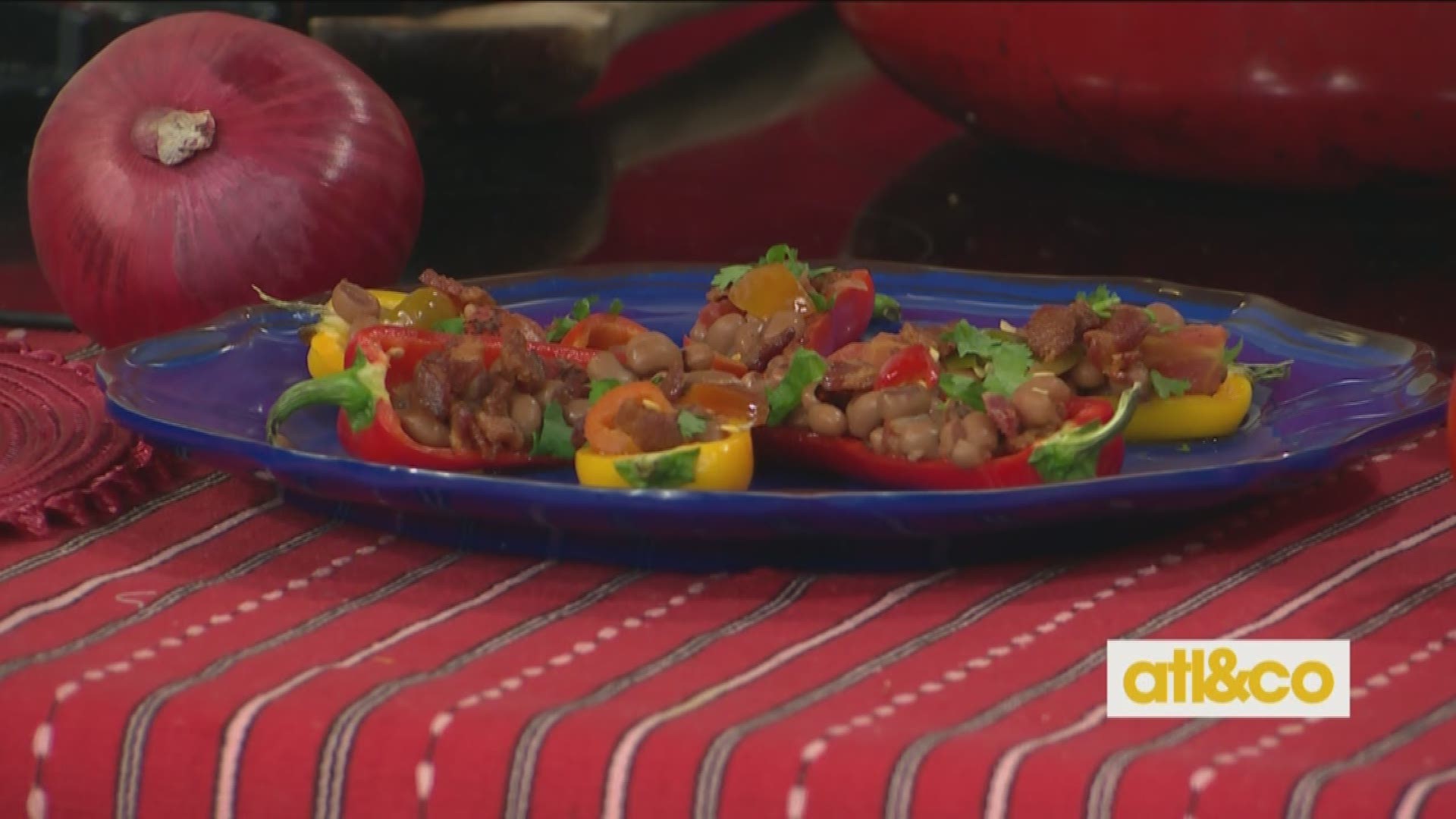 Heat the olive oil over medium heat and sauté the bacon until just brown, add the onion, cook and stir for 3 - 5 minutes. Add the garlic. Stir in the cumin, pepper, peas and tomatoes and bring to a boil. Remove from the heat and stir in cilantro and peppers. Season to taste with salt & pepper.

Georgia has a county named Bacon – its county seat is Alma – which is also the Blueberry Capital of Georgia!

Toss together the ingredients in a large bowl and toss with the Balsamic dressing.

In a jar add the ingredients and shake well.

RELATED: Summer Salad in a Jar