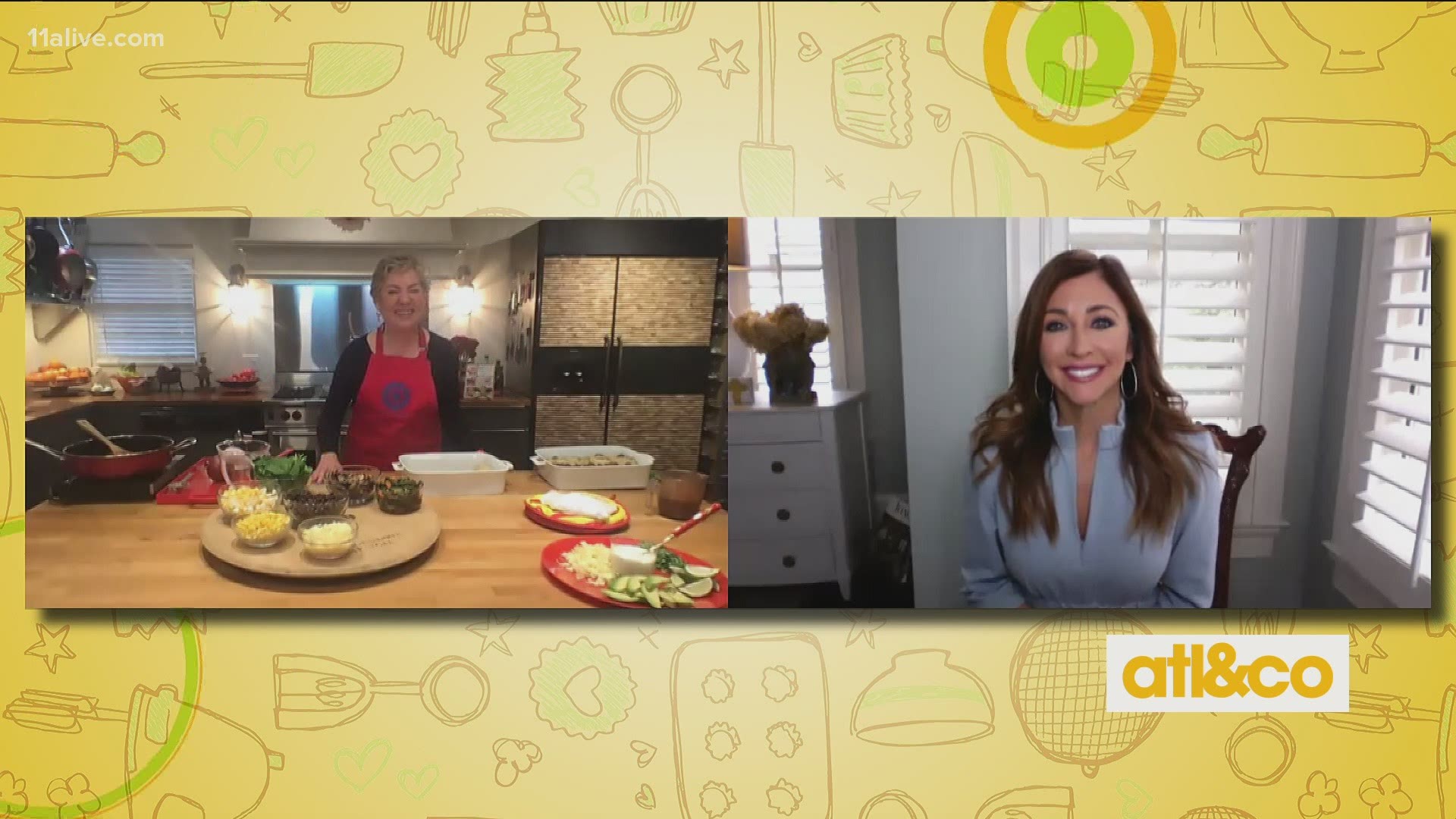 Happy National Chocolate Month! Taste and Savor's Chef Nancy Waldeck changed it up with a savory recipe on 'Atlanta & Company' to celebrate.

Be sure to tweet/tag @ATLandCo in your recipe creations to be featured on air weekdays at 11:00 on 11Alive and streaming.

The name Mole refers to a number of different sauces in Mexico – most often containing chili, chocolate and cinnamon. I’m using the name Mole quite liberally for this sauce, but with its cinnamon, chile and chocolate it reminds me of traditional Mole flavor.

Use this sauce to top enchiladas that are stuffed with roasted red peppers, black beans, roasted mushrooms, corn, hominy, shredded spinach or salsa or a little cheese, (or not!). Garnish with chopped cilantro.

Heat oil in a large sauté pan over medium high heat. Sauté the onion with the oregano, cumin and cinnamon until soft about 7-8 minutes and add the garlic. Cook and stir for a minute or until aromatic.

Stir in the flour and chili powder, then slowly add the broth, reduce the heat and simmer until the sauce reaches the desired consistency. Stir in the chocolate until it melts and is well blended.

Yes, you can drink wine with Mexican food! Did you know that the oldest known winery in North America is located in Coahuila, Mexico - it was established in 1597! I’m enjoying a fruit-forward rosé from California with the enchiladas right now. The pretty bottle is full of a blend of juicy Monterey County grapes - Syrah, Grenache, and Pinot Noir.