It will be part of an $80 million mixed-use development called "Edge." 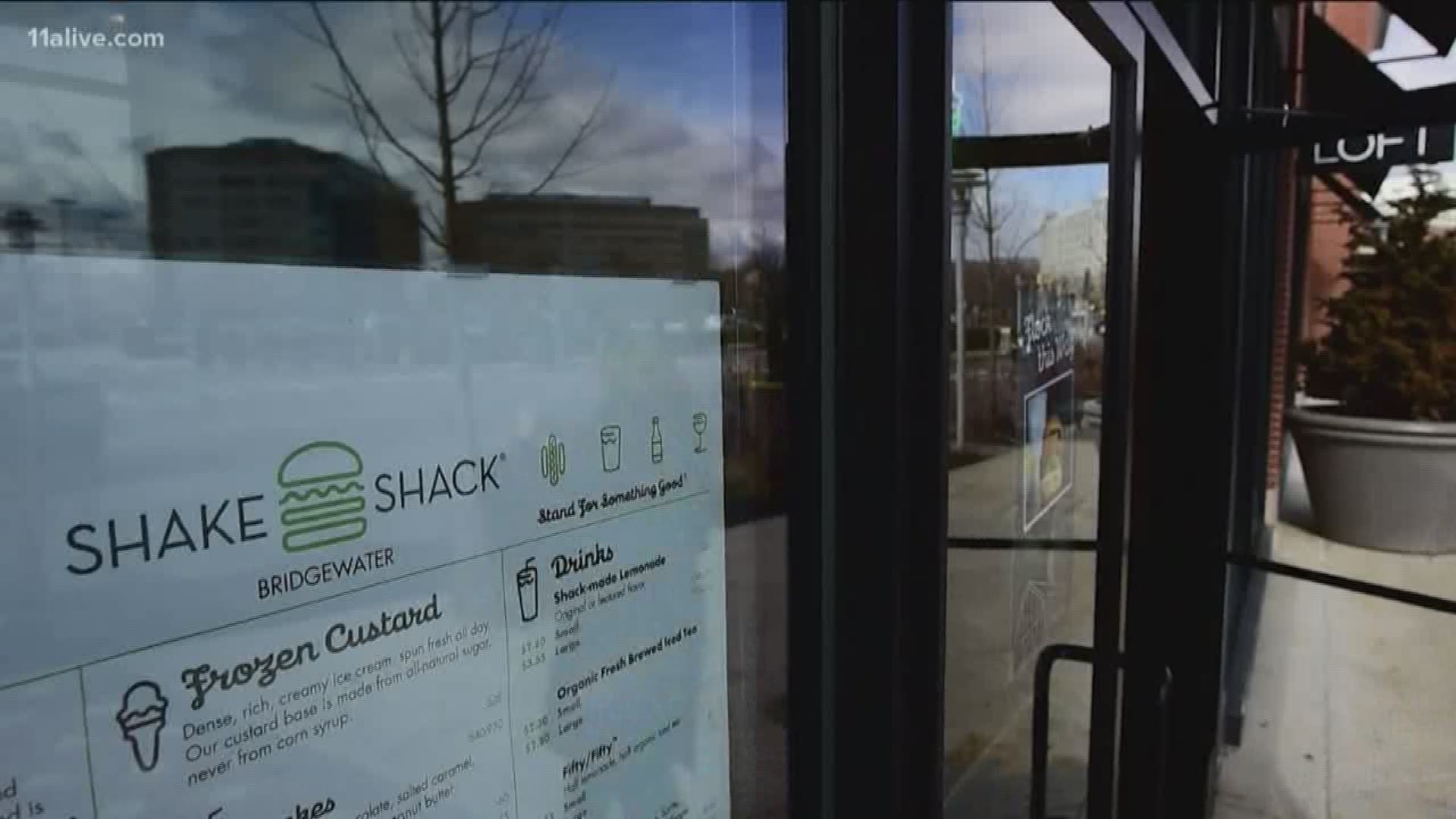 ATLANTA — Atlantans who need to get their burger fix will soon have another place to go - Shake Shack is opening another Atlanta location soon.

The NYC-based burger chain already has three other locations across the city, including the Shops at Buckhead, Perimeter Mall and another on Concourse A at Hartsfield-Jackson International Airport.

The new location will be situated off the Eastside Beltline, near the Inman Park and Old Fourth Ward neighborhoods. It will be part of an $80 million mixed-use development called "Edge," which will be home to fitness studio, coffee shop, affordable apartments, and more.

RELATED: Atlanta BeltLine takes a step into the past with civil rights photo display

The Atlanta Business Chronicle reports the burger joint will serve up more than its signature burgers and frozen custards - it will also feature local influences, from menu items made with local ingredients to local beers from several area breweries. The location will also donate a percentage of sales of its Pie Oh My frozen custard to local nonprofit, The Giving Kitchen.

As for the space, it will also "reflect Old Fourth Ward's charm," according to a press release obtained by the Chronicle. That includes a patio mural created by Atlanta artist David Fratu.

The Beltline location will open April 13.

AT THE TABLE ATL