Darius Williams, who gained fame with his Darius Cooks YouTube channel, said Sunday night was the last night of business for his three restaurants. 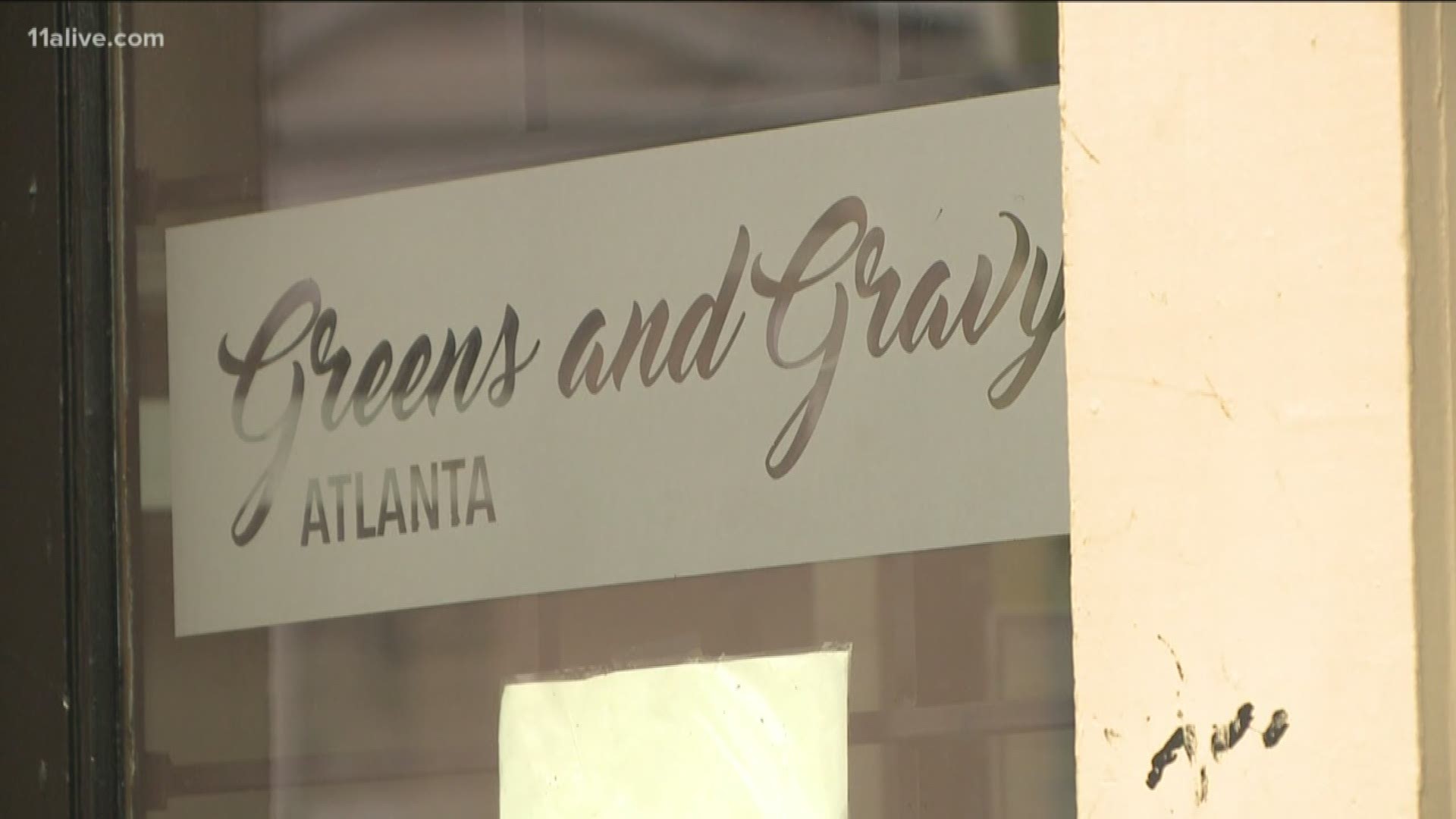 ATLANTA — The popular Atlanta YouTube chef Darius Williams announced suddenly on Monday that his three restaurants - two of which are in Atlanta - are no longer in business.

Williams, who gained fame with his Darius Cooks YouTube channel, which has 160,000 subscribers, operated Soul Crab and Greens and Gravy in Atlanta.

He had also operated another Soul Crab location in Chicago.

"Fam, wanted to take a quick moment to let you know that last night was our last night of business for all three restaurants," Williams wrote. "I know this is sudden and a shock, so I apologize. Wanted to say thank you for everyone that supported the fried chicken, crab legs, fried lobster, and most importantly, my crazy vision. I love y’all - for real."

In a live social media broadcast later in the day, Williams indicated the decision was a personal one made for the benefit of his mental health.

He said he had consulted with a psychiatrist and that he was "dealing with some challenges."

"That's it, I'm literally dealing with some challenges. One of the ways you work it out through therapy is understanding triggers," he said. "And it's hard for people to understand this, but one of the triggers is the restaurant business."

Williams described being in California two weeks ago for a cooking event when he felt like he "wanted to break down and just cry, for like no apparent reason."

"I have been dealing with some mental health issues over the last - for a while now, a couple years really, to be honest with you," he said. "And about two weeks ago I had I guess what you call an episode, like a really sort of interesting situation happened that really caused me to take a step back and say 'whoa, something's not right.'"

Williams said he had dealt with something similar in the past, but that "this time it was a little heavier for me."

Over the weekend he also outlined the situation with his mental health in a post.

The restaurants had been well-received. Greens and Gravy was named a "neighborhood gem" in Atlanta Magazine's 2017 "Best of ATL" issue, and Soul Crab quickly became a staple of the emerging College Park dining scene when it opened in late 2018.

In December, Georgia Attorney General Chris Carr announced that Williams had come to a settlement to pay the state nearly $150,000 over violating the Georgia Fair Business Practices Act by "operating an illegal credit repair business."

In that settlement, the Georgia Department of Law Consumer Protection Division found that the company, Above 701 Inc., had violated the law by

Above 701 was forced to cease operations under the settlement, and Williams was required to pay $110,000 in consumer restitution and more than $35,000 in a civil penalty to the State of Georgia.

Williams forcefully denied in the live social media broadcast that the matter with Above 701 was at all linked to his restaurants closing.

"One has nothing to do with the other," he said.

The chef added he and his team never realized the credit repair business practice was specifically banned by Georgia law, and that $145,000 was not, in the grand scheme of his business enterprises, a large figure.

In the live broadcast, Williams did not directly address how employees were notified or what kind of advance notice they had that the decision was coming, only that they had "been made aware" of the decision.

"My decision to close the restaurants - people are asking, 'Well did you know? When did you decide?' To be honest I had the feeling a couple of weeks ago, but I wanted to hold off until I had a chance to speak with my physician," he said. "I made the decision internally and dealt with it internally a couple days ago. I pulled the trigger on it this morning."

In the end, it was about "just trying to get myself together," he said.

He thanked everyone who had supported the restaurants, and said now he wanted to be there for himself and be focused on his health. His ventures such as the in-person "Dining with Darius" appearances, merchandise sales and social media channels will continue.