The basketball great bought and remodeled a restaurant in midtown. 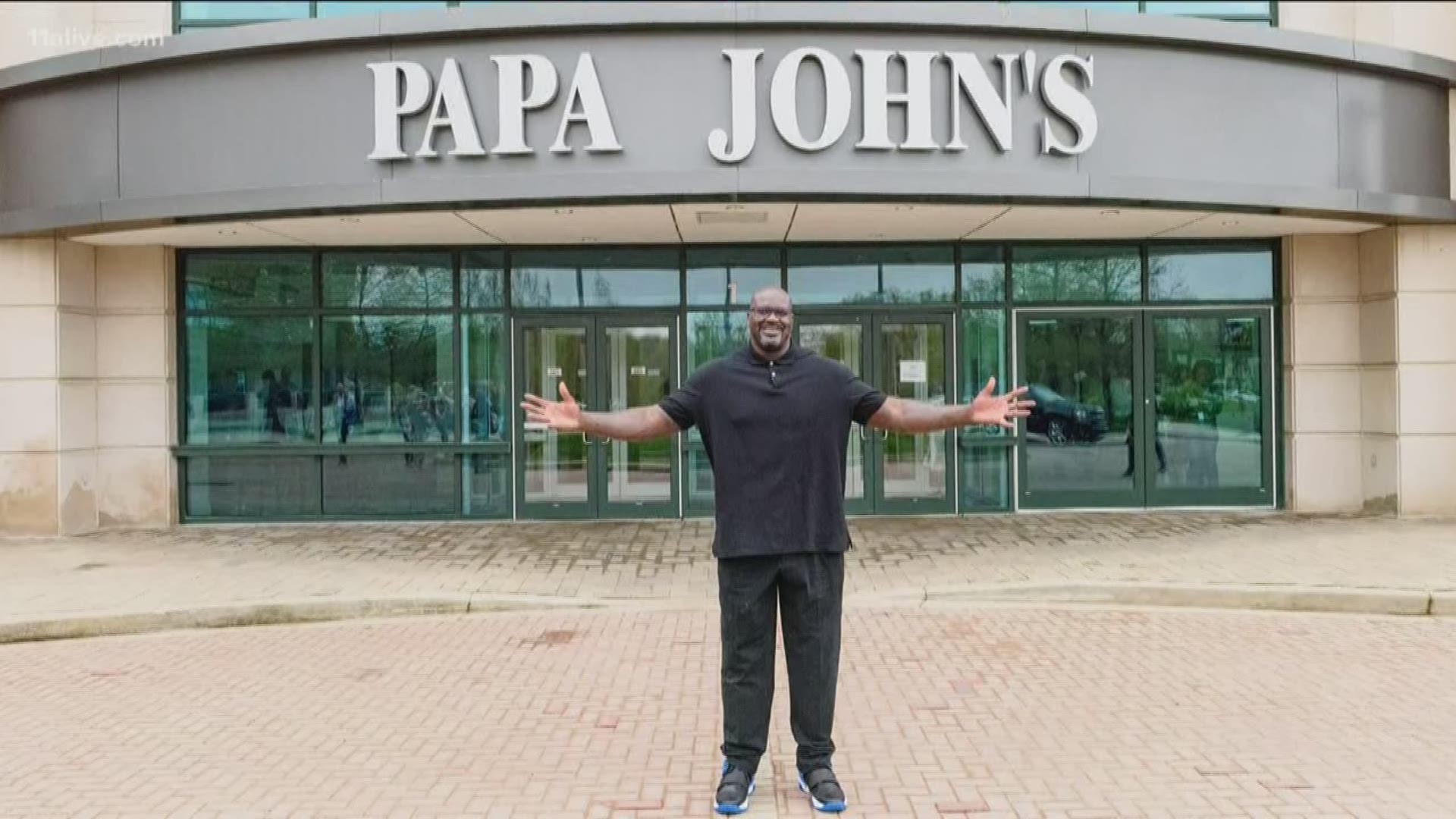 ATLANTA — If you’re around the Georgia Tech campus and notice a Papa John’s that looks a little funny, don’t worry: That really is Shaq’s signature on the store.

The pizza chain announced on Monday that new board member Shaquille O’Neal has invested in nine Atlanta-area stores, including one in midtown that was remodeled with the basketball great as an inspiration.

That restaurant, at 990 State St. NW, features Shaq’s autograph on the storefront, his size-22 footprints at the front door, and basketball-inspired pizza art, according to a press release.

It will also have its own 444-SHAQ phone number for customers to call.

Shaq, who chose a location near TNT’s studios where he films for their NBA programming throughout the season, said he was “thrilled to be taking my investment in Papa John’s to the next level” in the release.

The eight other restaurants Shaq is buying stretch south of Atlanta, from Forest Park to McDonough.