The book chronicles an Alpharetta family's journey to accepting their gay son while exploring their faith. 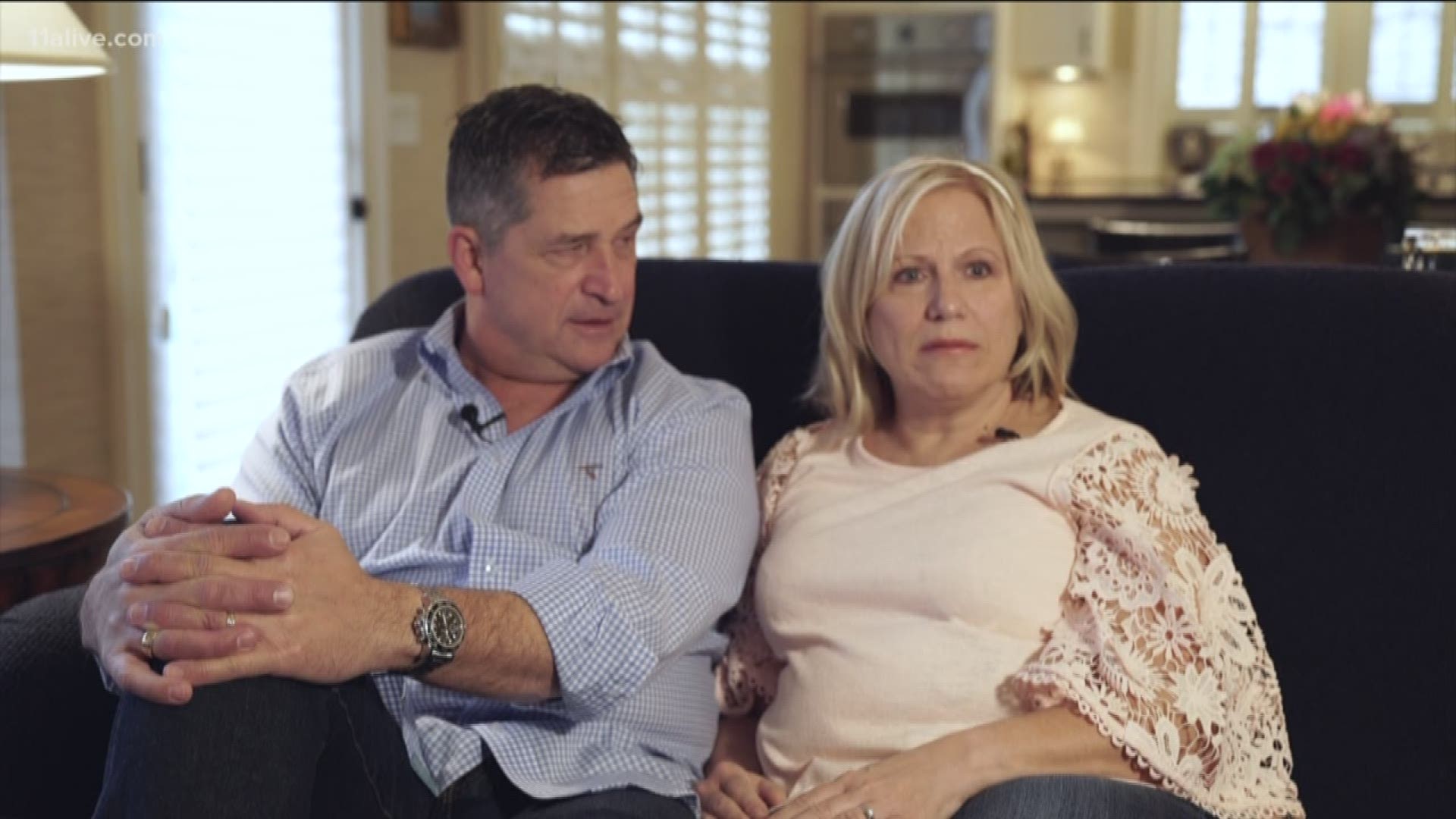 ATLANTA — When Greg and Lynn McDonald first discovered their son was gay, their reaction mirrored one of many conservative Christian parents have: not good.

Their son, Greg Jr., didn’t come out of the closet on his terms. His father outed him after looking at his internet history, which uncovered his teenage son had visited gay pornography websites. He was 17 years old at the time.

For the McDonalds, it was more than just sin - this was something that needed to be fixed.

“We were like, we need to spend some time. We need to get you fixed. Those were words that left my lips,” Greg Sr. said, with a tinge of guilt.

More than 15 years later, the McDonald family portrait includes not just their son, but his soon-to-be husband.

“I wouldn’t change a thing,” Lynn said, looking at the picture in her living room.

Their journey was not easy. For years, they worried if they their friends or church found out, they would be shunned. They even considered sending their son to gay conversation therapy.

“When we walked away from the meeting, Greg was like, ‘No way. Not doing that,’” said Lynn.

It wasn’t until about five years ago when doctors diagnosed Lynn with breast cancer that their outlook really changed.

“And then I was faced with, how do I want to live the rest of my life and what kind of difference do I want to make,” she said.

A short time later, they started a faith-based organization called Embracing the Journey and wrote a book with same title. Their mission is to help other Christian parents love their gay children. They now travel the country visiting churches and attending conferences.

Their book chronicles their intimate struggle with faith, friends and each other. While their specific audience is targeted toward Christians, they hope their book resonates with all parents struggling with the initial shock of having a LGBTQ child. At the end of most chapters, the McDonalds offer advice to parents about how to handle specific situations.

Credit: WXIA
'Embracing the Journey' by Greg and Lynn McDonald is available for sale now through Simon & Schuster.

Here are some excerpts:

When children come out of the closet, the McDonalds said many Christian parents go into the closet themselves, for fear of retaliation from their church.

“But, staying in the closet isn’t good for anybody. Nothing good grows in the dark,” said Greg Sr.

According to a new study published in Pediatrics by the University of Texas in Austin, homeless LGBTQ youth are more likely to suffer from substance abuse and mental health issues than their heterosexual peers.

The McDonald’s hope their book can help change the conversation.

Embracing the Journey is available for purchase starting Tuesday, March 5. It is endorsed by multiple ministers, including Andy Stanley, senior pastor of North Point Church. The McDonalds attend the same church.

The McDonalds said the whole idea of loving LGBTQ children is not in spite of the Bible, it’s because of the Bible.

“When Jesus was asked what the greatest commandment was, Jesus said ‘To love God and your neighbor as yourself.’ What he didn’t say was - except for your gay son.”

Billy Porter claps back at his haters after Oscars gown criticism