Mary Maiden was born in Mississippi but her husband was eventually moved to Fort Knox. 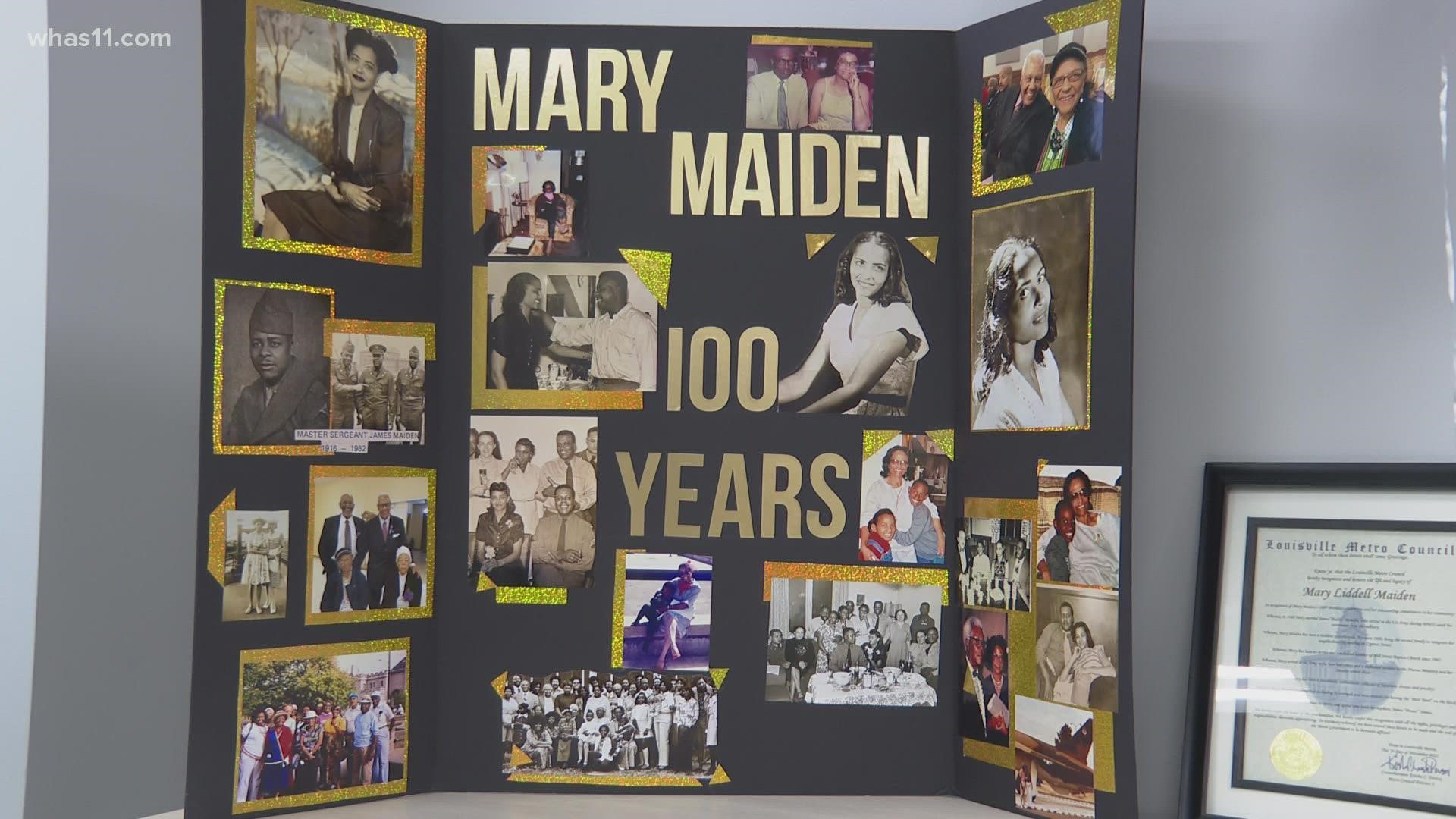 LOUISVILLE, Ky. — When you hit the big 100 you should be treated to a major celebration. That’s exactly what happened for a Louisville woman on Monday.

Family and friends celebrated with Mary Maiden at the West Louisville YMCA. She was born in 1921 and grew up in Mississippi. We’re still soaking up her wisdom 100 years later.

Love and work brought her to the commonwealth. Maiden's husband was in the military and they were eventually moved to Fort Knox.

The Maidens made their way to the Algonquin neighborhood not long after moving to Kentucky. They were one of the first Black families to integrate that area.

In addition to being a military wife, Mrs. Maiden dedicated her life to helping other military families through volunteer work at her church.

Her secret to longevity is “just being nice,” she said.

“It's treating people how I want to be treated, in a nice way and doing things to help people,” Maiden added.

Her favorite thing to eat? Steak!

Maiden’s great-niece told us she loves music and being surrounded by her family-- which is exactly how she spent her 100th birthday.