Annie Grissom of Atlanta went to Birmingham for the afternoon. It was was her first time on a train. 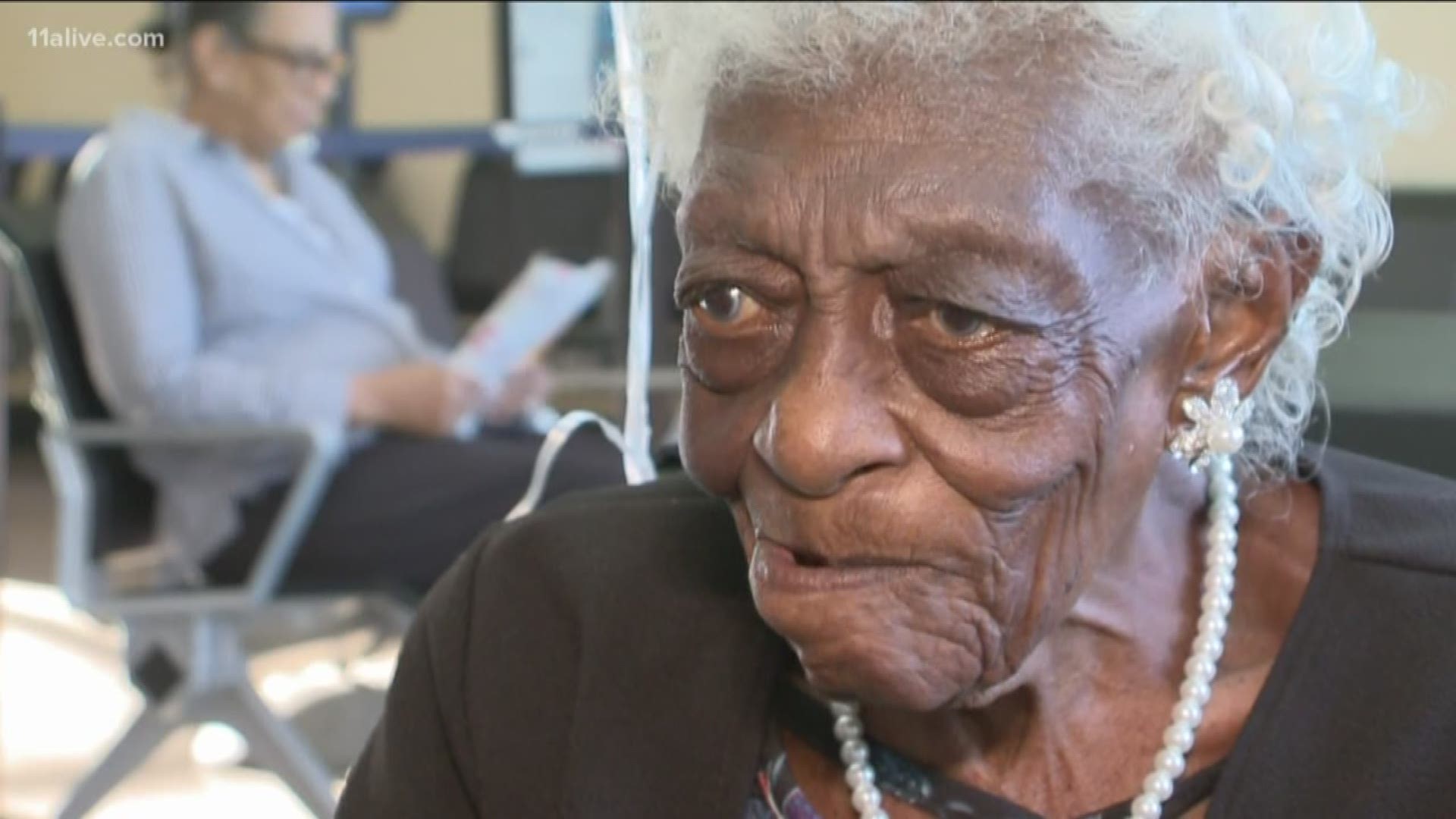 ATLANTA — In a hundred years of living, there was still something Atlanta native Annie Grissom had always wanted to do: ride a train.

On Wednesday, she finally got to do it.

“It’s really special to me,” she said at the Atlanta Amtrak station before departing on her rail journey.

Grissom traveled to Alabama for the first time. When she got there, she was able to go to lunch in a limo to lunch with her granddaughter.

Before leaving, she told 11Alive she was excited to have some corn bread and collard greens.

The centenarian was sent on the train ride by Second Wind Dreams, a group that helps facilitate dream experiences for the elderly. The goal of sending Grissom on her journey, they said, was to “change the negative perception of aging to positive and remind society that we are never too old to dream.”

Grissom also planned to doing some sightseeing in Birmingham. Then, she returned back to the home where she was born 100 years ago, Atlanta.

She’s not slowing down at 100, either. The only thing she wanted before getting on the train was her coffee.

“I was happy to know I was gonna ride the train and glad when this day come,” she said.