His plans for the money are to buy a computer and then use a portion to make bagged lunches for area homeless. 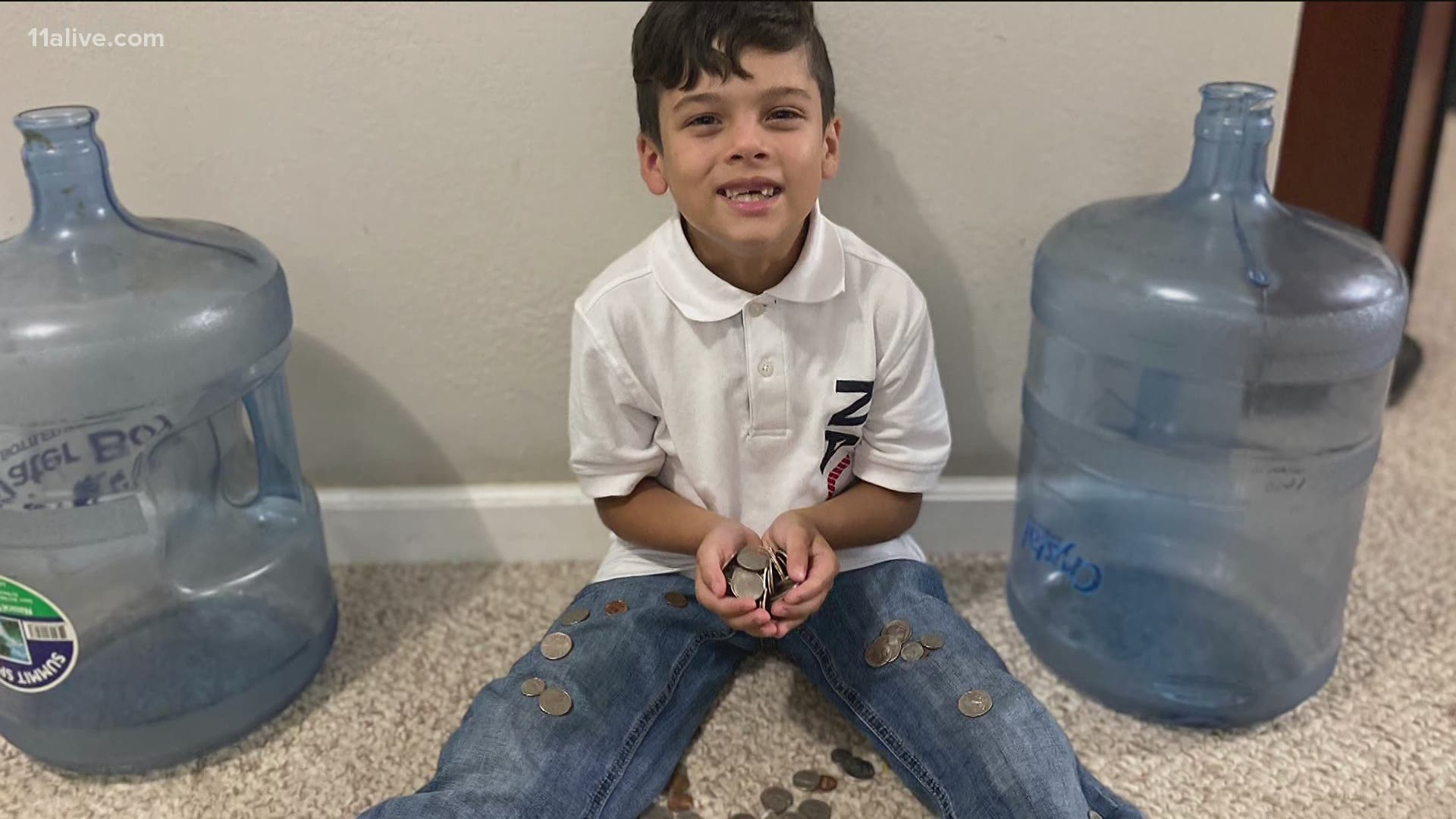 FORSYTH COUNTY, Ga. — An 8-year-old in Forsyth County recently turned in over $9,000 in coins to his local bank after hearing about the country's coin shortage.

Vijay Sheth's mother, Brandy Ponder, said she shared the news about the coin shortage with her son last month. She said  Vijay had been collecting coins for several years in order to purchase a computer.

"He said 'Mom I have some change' and he was like, 'I want to help,'" explained Ponder.

RELATED: There is a nationwide coin shortage

Ponder said she went to their local bank and gathered wrappers to help her son roll his coin collection. The activity became a family affair with Vijay's father and cousin helping out.

"We were all rolling the coins and the first batch we took in was a little over $2,000. That's when I told the teller we were going to need a lot more wrappers," Ponder explained.

Vijay said it took him a little more than a month to roll his entire collection, which ended up being about $9,200. The third grader now has a savings account at his local bank. His plans for the money are to buy a computer and then use a portion to make bagged lunches for area homeless.