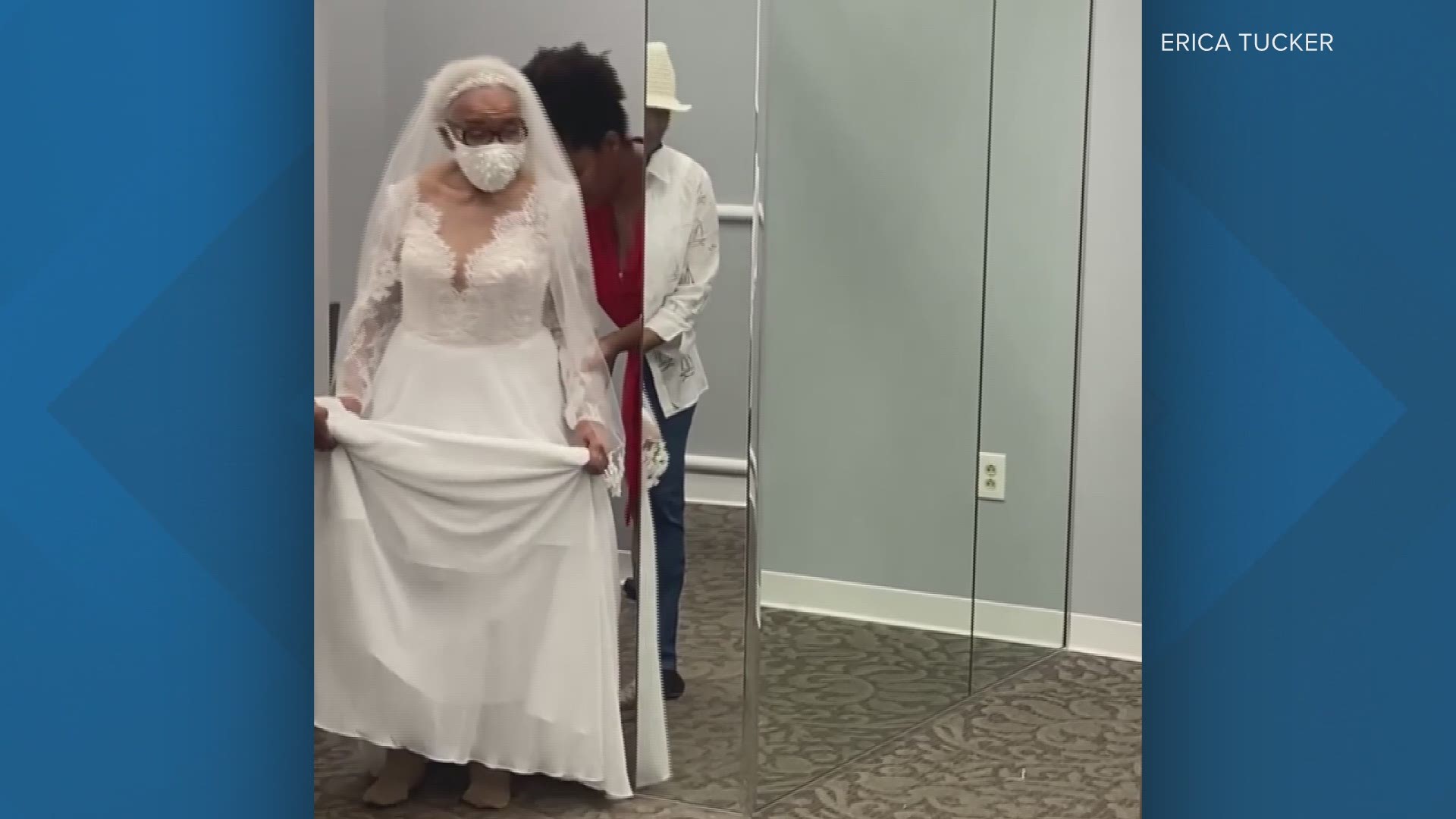 BIRMINGHAM, Ala. — Martha Mae Ophelia Moon Tucker, 94, just had an experience nearly 70 years in the making. It's something women across the country do without question today but was a novel experience for this great-grandmother.

For the very first time, Tucker was able to try on a wedding dress.

This dream moment came about when Tucker was recently watching ‘Coming to America’, one of her favorite movies, with one of her granddaughters. During the wedding scene, the granddaughter said she heard her grandmother whisper, “I’ve always wanted to try on a wedding dress.”

That granddaughter, Angela Strozier asked her to repeat the statement and she said again: “I’ve always wanted to try on a wedding dress.”

Days later, Strozier and some of Tucker’s other granddaughters made it happen. They took her to David’s Bridal and surprised her with a wedding dress fitting.

Tucker, who lives in Alabama, got married in 1952. Black women were not allowed in bridal shops, so she never got to experience the thrill of trying on the delicate gowns.

During the fitting, Erica Tucker, another granddaughter, captured video and pictures of the entire moment. She gave WHAS11 News permission to publish them for this story.

The post has been liked and shared thousands of times. Several media outlets in the Birmingham, Alabama have also interviewed Tucker and the family. The networks, including ABC News, have also shared the story on-air and on social media.

Erica posted a follow-up on her Facebook page about all the attention her family has received, which was not expected.

“I was simply sharing our grandma with y’all like I normally do. She’s so full of life. Sometimes she has more energy than me. It’s just a blessing to still have her here. Everyday isn’t easy for her, but she handles it all with so much grace. She’s our reason!!! There’s nothing that her children and grands wouldn’t give to make her smile. I’m sure she doesn’t know what going viral is, but she loves attention so please believe that all of this love has brightened her days!

Now she’s just waiting for Steve Harvey or Tyler Perry to shout her out.”

A line in Erica's original post could be what has resonated with people the most, especially coming out of a year of not being able to travel and see loved ones, especially our elders.

“Y’all better create moments and memories with your people.”