Writing has been a lifelong dream inspired by his late wife, Janet. They were married for more than 58 years, according to writer Sam Baker. 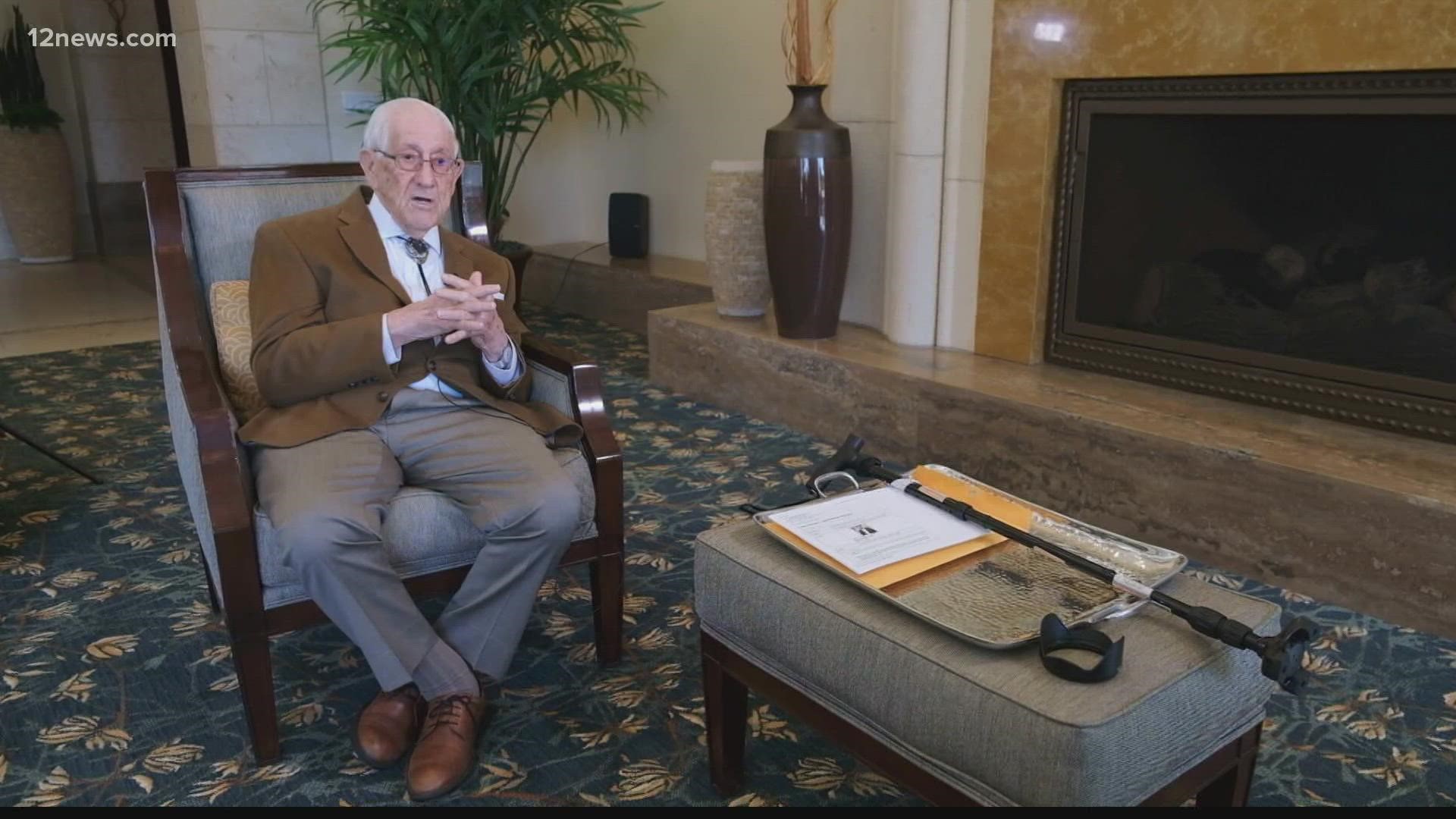 PHOENIX — 99-year-old Scottsdale resident Sam Baker has a passion for writing. At 95, he wrote his first children’s book, "The Silly Adventures of Petunia and Herman the Worm."

Writing has been a lifelong dream inspired by his late wife, Janet. He said they were married for more than 58 years.

Baker entered the Marine Corp at 19 years old in 1942, just four months after the attack on Pearl Harbor. During his time at home, he used to make up stories and read to his two children, Michael and Sally.

Growing up on a farm, Baker used stories from his childhood as the inspiration for his books.

“When she (Sally) was two and a half, she had me sit on the couch, she got her favorite book and read the whole book, then closed it with authority," Baker chuckled. "Then I realized the book was upside down."

Recently, his story was featured in a Canva commercial, the company that helped Sam get his book published.

“Children who read, succeed," Baker said. "So, if I could do anything to increase the reading of young children, I would have a wonderful experience.”