It's the case of the blue golden retriever who was caught red-handed! 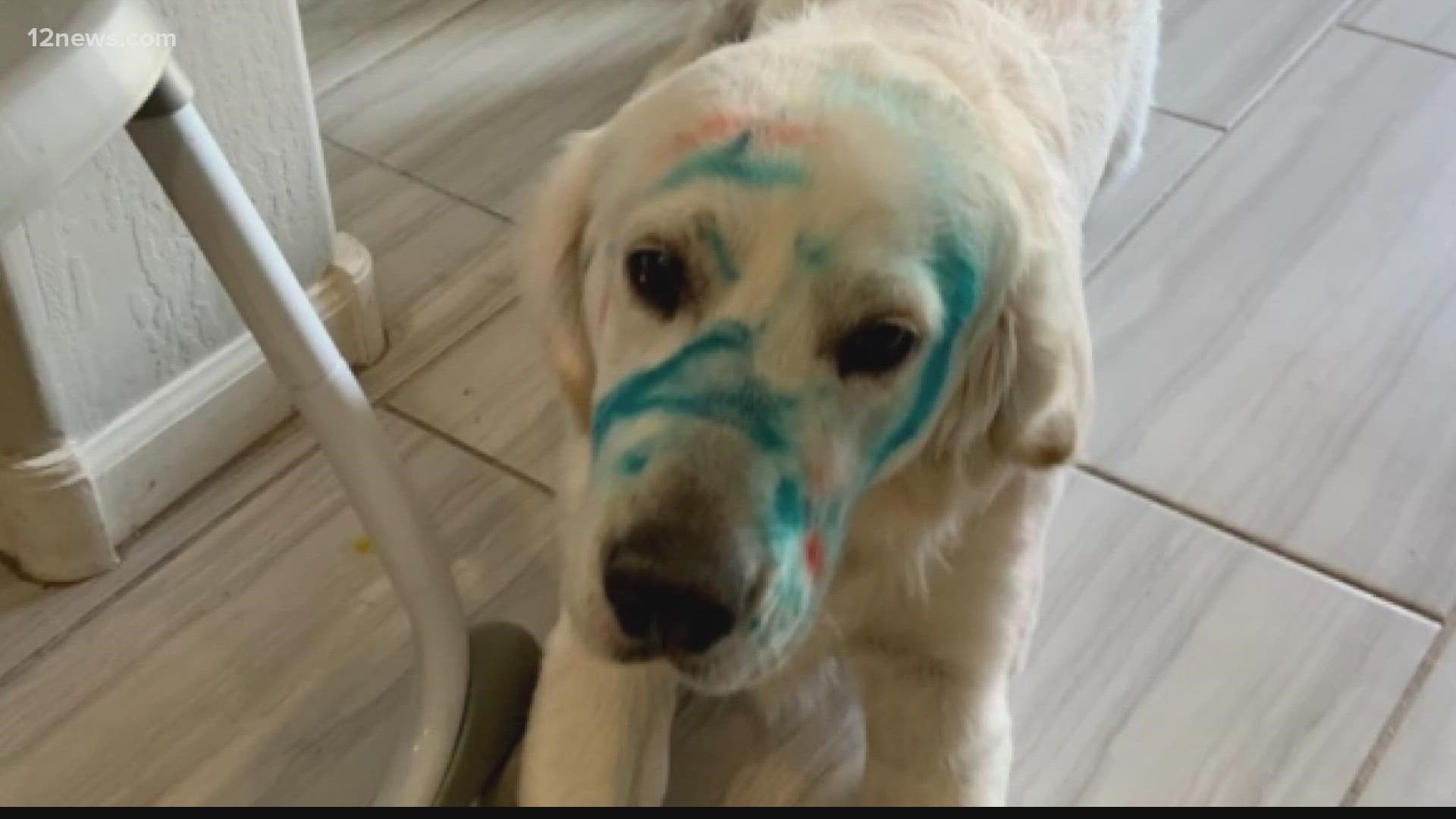 CHANDLER, Ariz. — A Chandler golden retriever named Larry somehow got blue crayon wax all over his face, and the pictures are giving everyone a good laugh.

“I see him laying in the kitchen and look at my husband, and I’m like do you see this,” Larry’s mom Lauren Duffy said.

She found the 10-month-old golden retriever with a mysterious blue color all over his face.

“I was like how on earth did he do this?” Duffy said.

When Duffy traced his steps, they led her outside to the hot Arizona sun where she found melted crayons on the grass.

“I have a two-year-old and four-year-old, and they color at the table. So, he likes to jump on the table and take everything he can get his hands on,” Duffy said.

This time crayons are the culprit!

“I can’t look at him without laughing right now,” Duffy said.

But Duffy’s kids are worried.

“My four-year-old, we’ve given him several baths then and he’s still blue, and she’s like 'will he be blue forever?'” Duffy said.

Now it’s almost off. But when it fades, the memory will last forever.

“It’s good to get a laugh where you can,” Duffy said.

For more inspiring, cute and unique stories from the Grand Canyon State, go to the 12 News YouTube channel.