Atlanta officer, homeless man develop special bond, look out for one another

Officer Melina and Doc have become close friends over the years. And in a time when both feel vulnerable, they've decided to lift each other up. 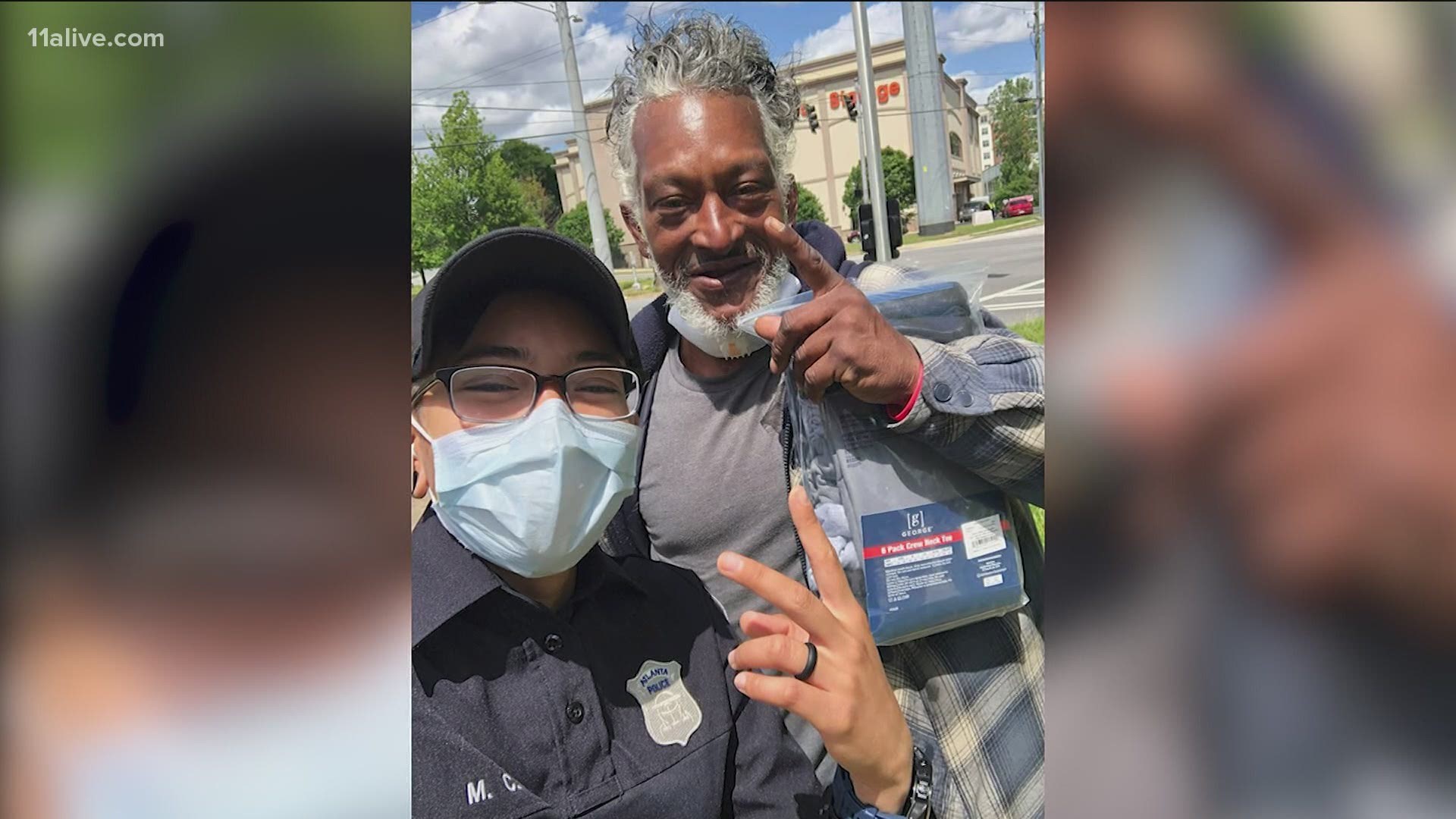 ATLANTA — In many parts of the country, relations between police departments and their communities are strained.

But some officers are going beyond the call of duty to build bridges - like one Atlanta officer who lends a hand to the homeless on her beat.

When she's not responding to 911 calls, 25-year-old Atlanta Police officer Melina Lim starts every day by checking in on businesses around northwest Atlanta.

"There have been times where I've actually walked into a robbery at these locations before," she said.

But it's the stop near the end of her day that brings a smile to her face.

"You know I really think so much of her," Jawee Bilal Faheem, who goes by “Doc,” said.

Shortly before the pandemic, Lim drove past Doc on the side of the road and noticed his sign.

"He wasn't begging for any money or anything. He was just smiling, holding a sign, waving at everyone,” she said. “And so, I went to go grab my lunch and I decided, ‘Hey, I'm going to get two lunches today.’"

"Let's have an awesome and amazing year and day!" Sharing some positivity from 'Doc' and Officer Melina Lim of @Atlanta_Police. So awesome to meet them both yesterday. This piece aired on @NewDay this morning. pic.twitter.com/P7L2zPg8FV

Sixty-one-year-old Doc, who said his drinking and drug addictions have cost him well-paying jobs in the past, remembers the first time Lim pulled over to talk. He wondered if he had a warrant out on him and thought Lim was going to take him to jail.

"I remember that I was afraid. But she quickly eases the relationship and basically says, ‘What do you need?’" he said.

When George Floyd was killed in Minneapolis in 2020, their connection strengthened at a time when police and community relations were deeply strained.

"He is very pro BLM, and I was able to get him a special shirt that said, 'BLM,' 'Black Lives Matter,”" Lim said.

She made sure 'Doc' was safe during major protests - all while working long shifts.

"I knew the community was hurting. I knew that their trust was broken with us,” Lim said. “The main reason I got into this job was to connect those ties with the community - that we're not always the enemy."

And with the rise in anti-Asian attacks and the recent spa shootings in Atlanta, Doc is concerned for his friend, too.

"I hate that we have a lot of people that are so one-sided and narrow,” he said. “Asian Americans, right now, are being picked on and I was just hoping that nothing would happen to you.”

Lim has bought Doc food and clothes over the past year. But Doc said it's not about the gifts.  It's the daily chats and mutual support that lift them both up.