The odds were slim that a small foundation could raise the amount of money needed to build a home for a young girl in need, but they defied the odds with her 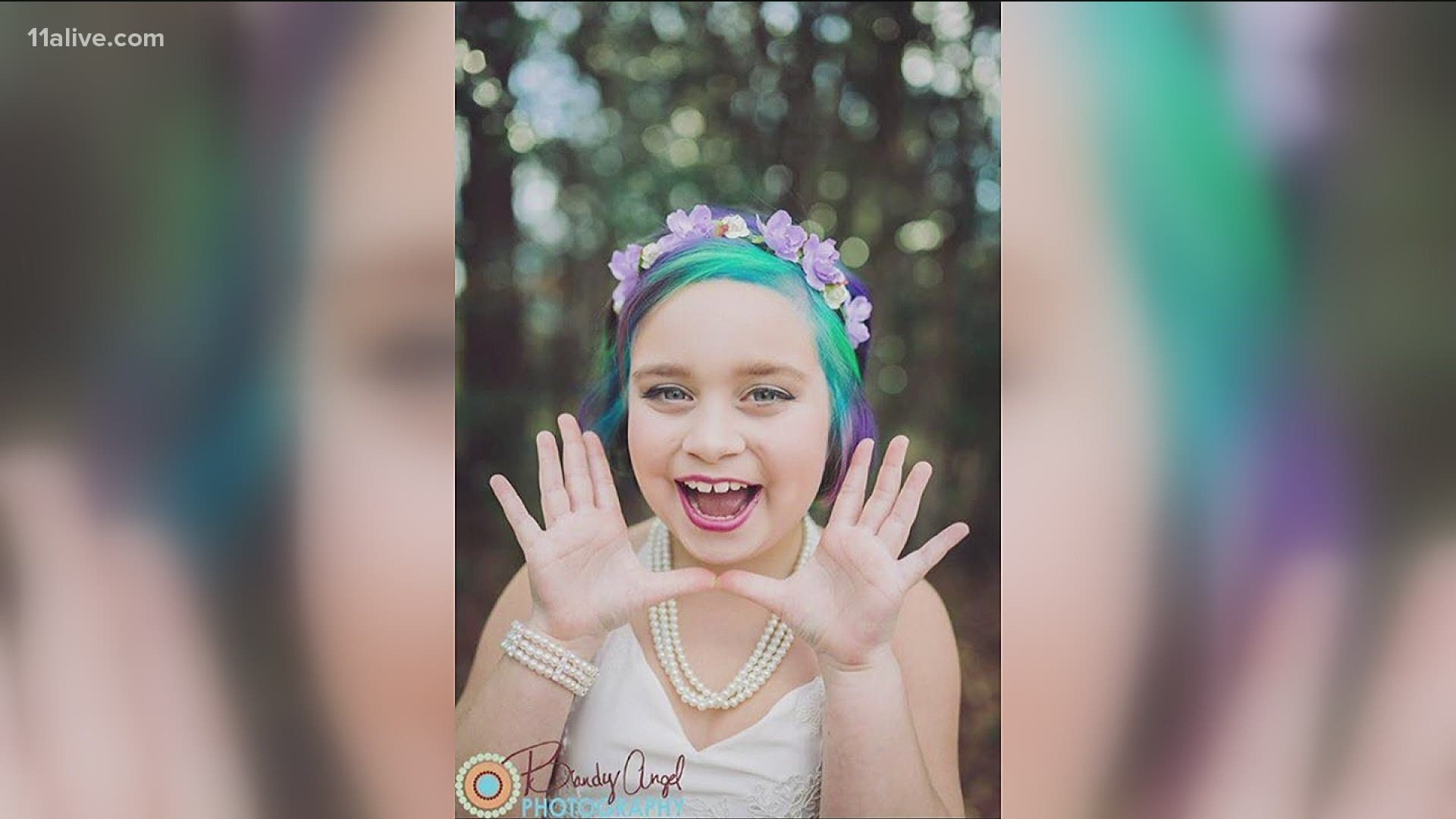 For the last five years, a group of women has been making that little girl's dream come true.

"I looked at her that day and she was bald, completely, and she had a fake tattoo on the side of her head, and I was like, 'This kid is amazing'," said Brandy Angel, founder of the Be The Change Foundation.

Cadence Fox is easy to love.

She has a bright smile, a determination that won't quit, and incredible gratitude for the life she gets to live.

"I was just thinking how lucky we were. Just random strangers to come out and say, let's do this," said Cadence.

The Fox family met Brandy Angel and Jessica Davis as part of a Be The Change Foundation photoshoot.

They put a little magic in the lives of sick kids by taking pictures with them dressed up like superheroes and princesses.

"We immediately knew they were going to be lifelong family. We were blown away by it," said Cadence's mom, Tara.

Over the photoshoot, the photographers got to know the Fox family and their struggles.  Cadence was nine when she was diagnosed with an aggressive form of brain cancer. She was given just six months to live.

The family had good health insurance but fell into an incredible amount of medical debt trying to save Cadence's life.

"I was unaware that medical debt is handled the way it is now, that it goes against your credit and there's no way to get rid of it," Brandy said. "And we tried other organizations and foundations to get them help, but there just isn't one able to help them. So I figured, why don't we just do it."

While Brandy and Jessica were figuring out how they could help the Fox family, Cadence was keeping her own family strong through her fight.

"I'm crying in tears as this lady is all in this hazmat outfit, hooking my daughter up to chemicals and poison, and she looks at me and smiles and says, 'It's only chemo'," Tara said. "So, that's how we have lived it every day - is it's only this, it's only that, it's going to make us stronger."

Cadence's determination gave Brandy and Jessica the confidence they needed to really make a difference in her life.

Her family of eight was living in a cramped and outdated apartment; so, the Be The Change Foundation set out to build them a house.

"We didn't think it was possible. We got worried. But we just kept going. We would do one fundraiser then another and kept going," Jessica said. "It took longer than we thought it would take, but at the same time, everything happens for a reason, I think it's perfect timing."

Five years and countless fundraisers later, the foundation secured the land, the labor, and the money to build Candace a house in her own name.

She's now 14 and in remission.

The money is in a trust; so, it's protected from medical debt, and the home will be fully accessible to accommodate her changing health needs.

"With so much negativity in the world right now, it's amazing to see how much good there really is. And that's what we hope people see from this. There is so much good in the world, and people do want to help each other. And they should," said Brandy.

They hope to have the Fox family moved into their new house by Christmas. And Cadence already knows the first thing she's going to do.

"Go in all the rooms, have a dance party, have a sleepover," she said.