Sean Chang and Peter Chung were roommates while studying in college in Georgia. They’ve overcome so much in a short amount of time, including a paralyzing injury. 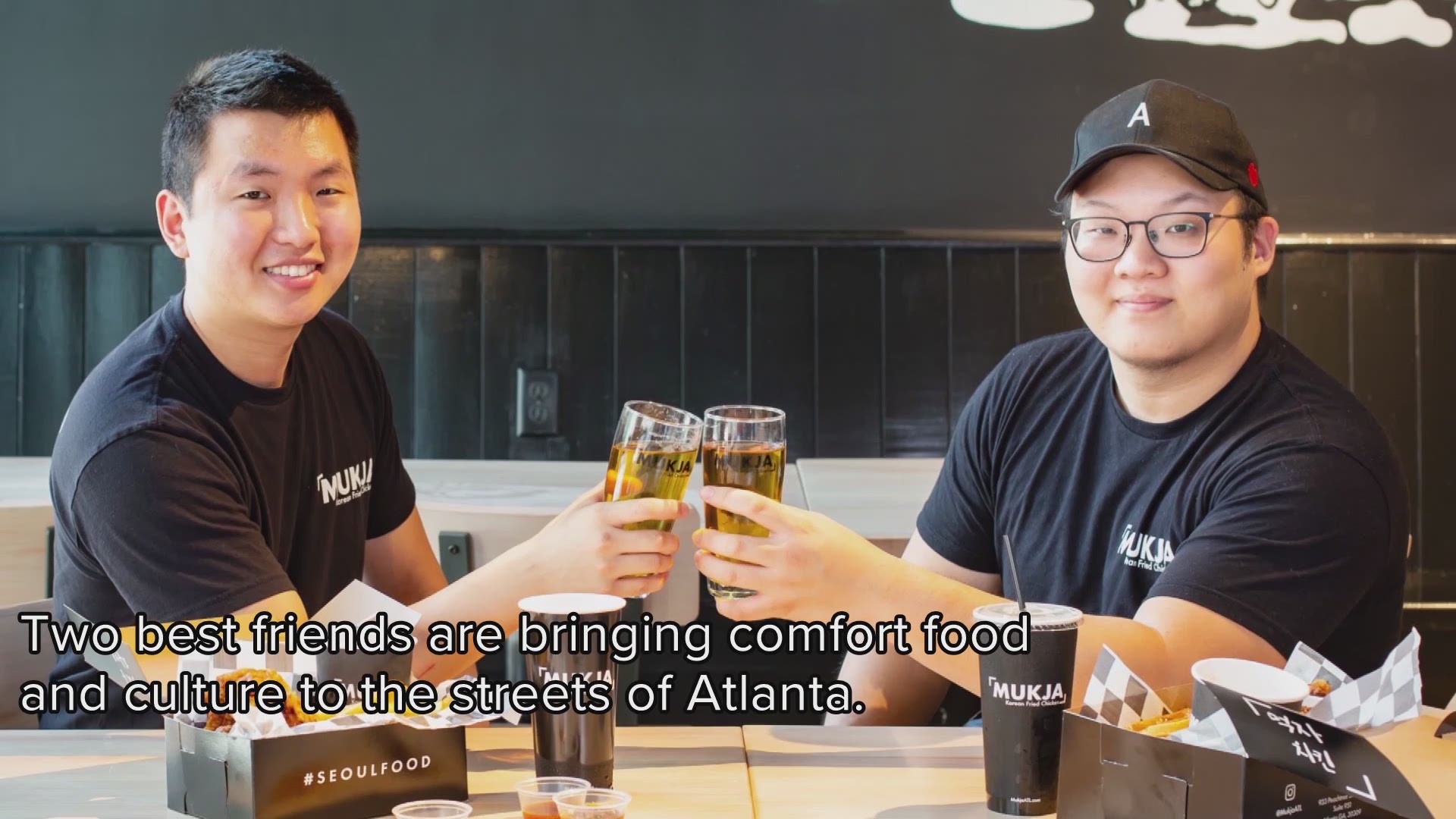 ATLANTA — Sean Chang and Peter Chung are two best friends who are bringing comfort food and culture to the streets of Atlanta.

“Outside the food aspect, the restaurant in nature is about us Korean Americans, our story. Southern hospitality I would say, just as much in Asian Culture and Korean culture, is just as important to service, too,” Chang added.

Sean and Peter were roommates while studying in college in Georgia. Last fall, they opened Mukja in Midtown Atlanta.

The menu features Korean- flavors with a Southern twist.

“Korean food is already fusion-ed a lot. We wanted to differentiate ourselves and bring and bring different flavors instead of the typical copy and paste. We said hey, Korean Fried Chicken. Everybody knows fried chicken in the South, and we wanted to bring flavors that were ubiquitous with things we grew up eating, mac and cheese, collard greens, and cornbread. We married the Korean and American aspects for our menu,” Chang said.

Mukja has gotten support from Atlanta’s cultural melting pot of visitors and residents.

The duo is overcoming the odds during a global pandemic.

“The process for the opening was very stressful, We’re competing against Taco Mac, Starbucks, all of these places that have billions of dollars and lots of representation. It was very hard to find someone to take a chance on us, but when we did it was a dream come true,” Chang said.

But their dream started from an obstacle. Sean was involved in a severe car accident. It left him paralyzed from the waist down.

He and Peter cooked for friends at school when Mukja was conceptualized.

“Every time there was an obstacle or challenge it always worked out. When times were darkest, whenever we were ready to give up the next door opened” Chang said.

The two are pushing through challenging times and are in a good spot to keep Mukja’s doors open.

“We were featured on Restaurant Informers as one of its 2020 RISING STARS something I used to read when I was a kid. To think that I was on the list, was a dream come true,” Chang added.