The Loganville man has been on the road to recovery since slicing three of his fingers last summer. 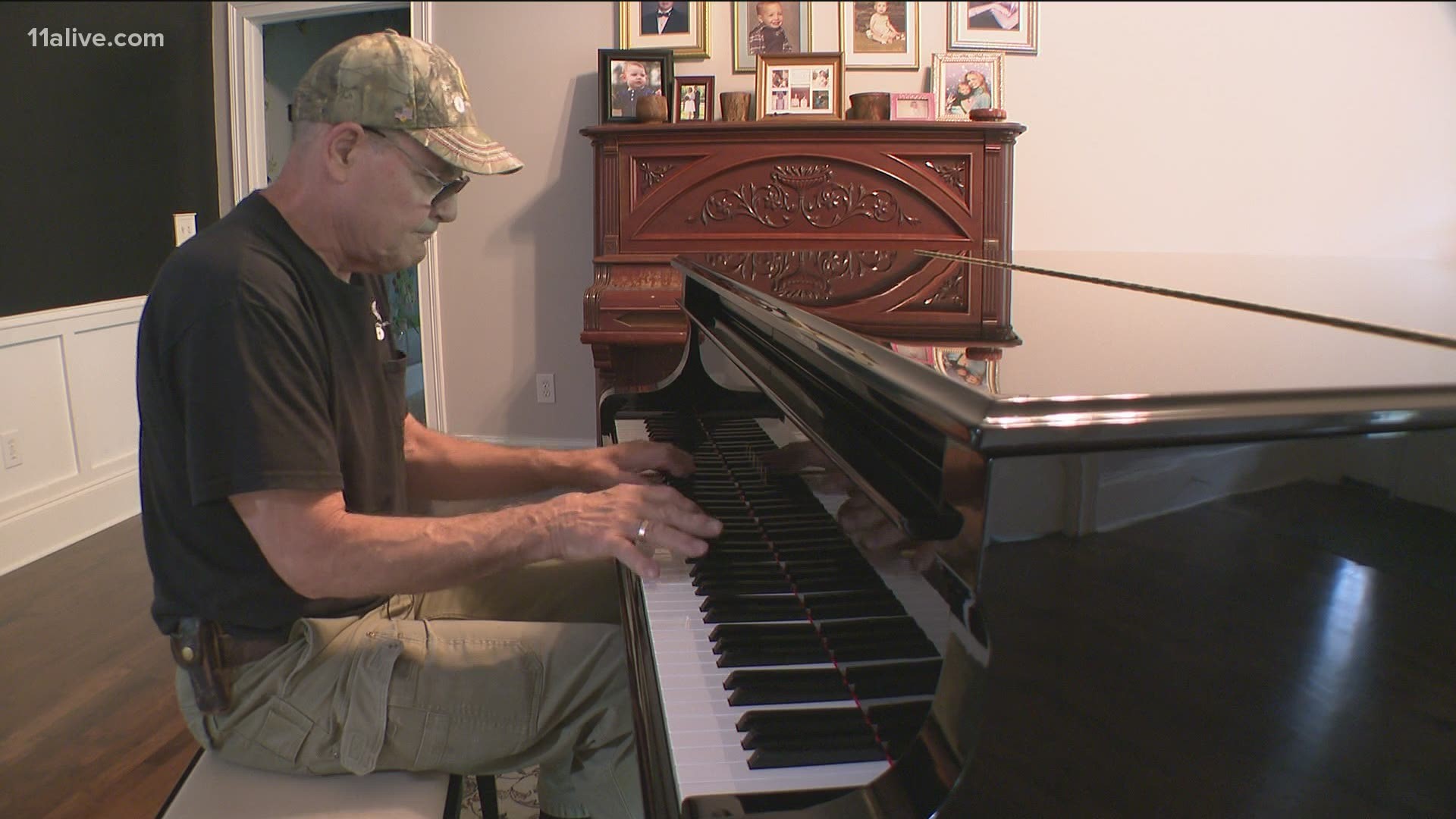 ATLANTA — Larry Austin, a classically trained pianist, started playing piano when he was 4 years old. The Loganville man has always worked with his hands and opened his custom cabinet business 42 years ago.

Last summer, Austin sliced his middle finger, pointer finger and thumb clean off his hand while working in his shop.

Austin said nothing is going to stop him from getting back to his everyday life.

"That was a song I wrote for Dorothy a month after we were married in 1977," Austin said.

He's been playing Dorothy's song for 45 years, but it doesn't sound the same anymore.

"I hear mistakes," he said. "I keep practicing and try to get better and better,"

When he sat down at the piano Christmas Eve, he was surrounded by his family.

"I always play this song first, as an honor to my wife. And when I was playing it, I was so happy that I could. But I was so angry of the accident and what it had cost," he said.

The accident that nearly cost him Dorothy's song, could have cost him his life.

"I had these two forces fighting in my head, just pounding. And it was very emotional. Tears were streaming down. My grandson came in and gave me a big hug, " he said.

It meant so much to be back at the piano for Austin because he didn't know if he could ever get there again.

He didn't know if he would ever get back in his shop again.

"It's like coming home," he said. "I was glad to be there. It's where I spend every day. It was a little emotional, but I wanted to get right to work," he said.

The first thing he thought was to call his wife, who told him he had to rush to the hospital.

"I went in to shock. I wasn't thinking clearly," he said.

He was airlifted to Augusta, where the surgeon told him there were no guarantees.

"He told me how he sewed nerves together that are the size of a human hair, so I would have movement, and I would have feeling," he said.

For the past year, he has been working on getting that movement, that feeling back.

He works with his wife for hours each day to rehabilitate his hand. To learn how to make his cabinets, create his music.

"I have perseverance and drive. And I am going to get my hand back. Through hard work," Austin said.

He's made adjustments to make it work - like how he holds a board - or how his fingers hit the keys.

"When it hits a note, it hits just south of the key I want, so I had to rearrange my position on the keyboard to make my left hand play like I needed it to, So that was complex and frustrating," he said.

As difficult as his recovery has been, Austin knows it could have been much worse if it wasn't for his wife.

"When the blade came down, you can see the saw would have come right through here and they would have cut this finger off. My wedding ring actually saved my finger. I like to turn it to where people can see that because I am proud of it," he said.

"I've learned that I have more stamina, more drive and determination that I thought I did because I am not going to give up on this hand. I'm going to get it back one way or another," he said.

Doctors have been blown away by Austin's improvement, but he knows he still has a long way to go.

When the surgeon reattached his hand, he told him it would take at least two years for him to heal fully, but Austin said he's not afraid of putting in the hard work.