Monkey, a pit bull mix, was dropped off at a Phoenix shelter last Christmas Eve, and after almost a full year, he finally got his Christmas wish: A family. 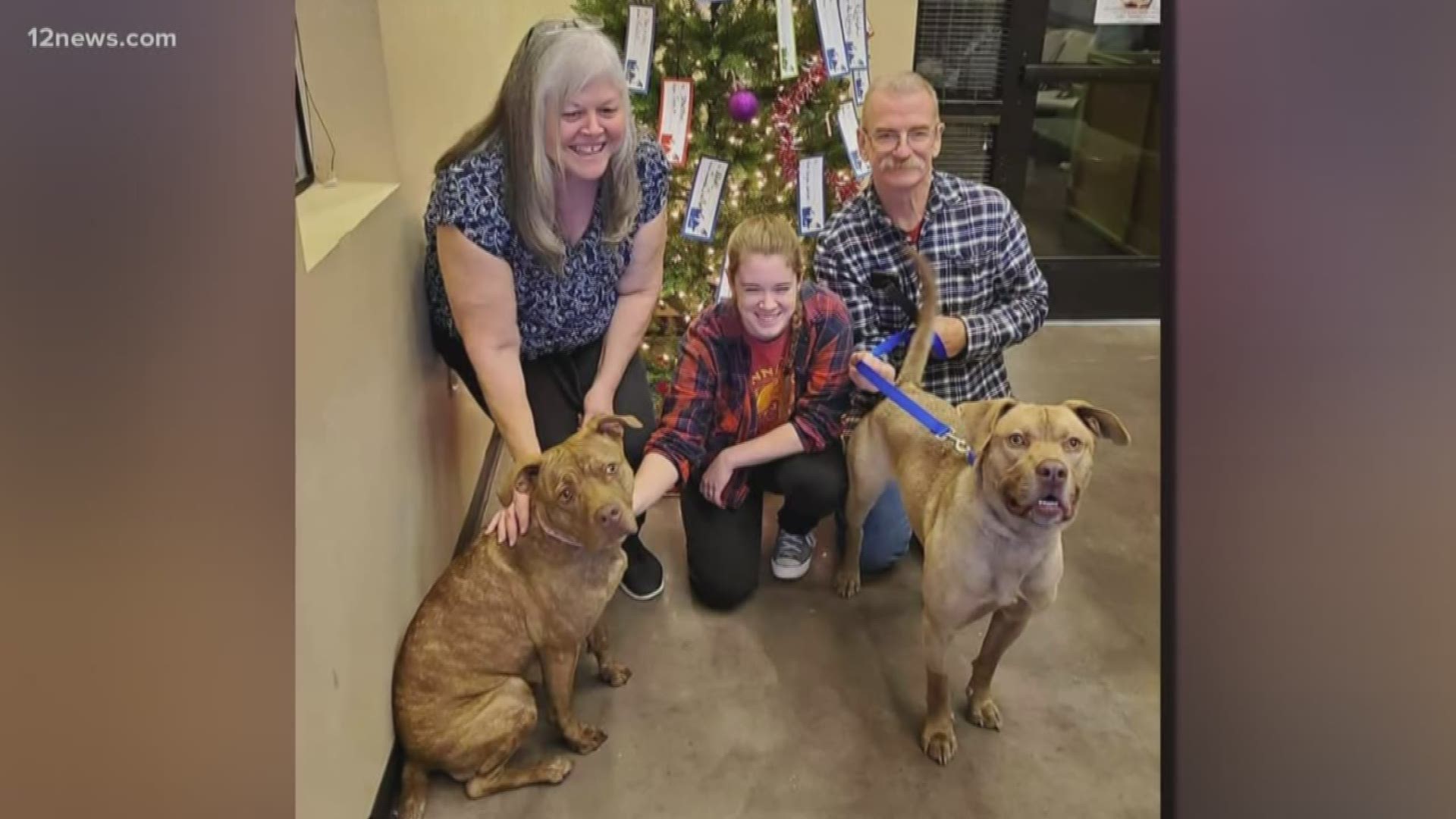 He was dropped off at the shelter last Christmas Eve, but after 363 days at the Arizona Animal Welfare League & SPCA, he still hadn't found a home.

Shelter employees even started a social media page, trying to get him adopted, but they had no luck.

Until, that is, Peggy and Doug Combes walked through the shelter door this past Sunday.

"We went in and walked around and there was a lot of empty cages, and we walked by this one and I was like 'Man, he's pretty'," Peggy said.

Monkey caught the attention of both Peggy and her husband.

"They both had kind faces, you know. You can see in a dog's eyes whether they're mean spirited or kind spirited," Doug said.

RELATED: Purrr-fect: Here are the best animal stories from 2019

Neither Peggy or Doug had any idea that Monkey had been at the shelter so long. They also had no idea the two dogs they were drawn to were best friends.

In fact, shelter employees joked that Cookie was Monkey's girlfriend.

"And then they told us these were the two dogs everyone had walked by and basically ignored all weekend," Doug said.

Monkey and Cookie are now both finding themselves at home with the Combes, getting plenty of treats.

They were two of the 99 dogs and cats adopted out of the shelter over the weekend.