He "took it upon himself" to make the child, who is visually impaired, feel special. 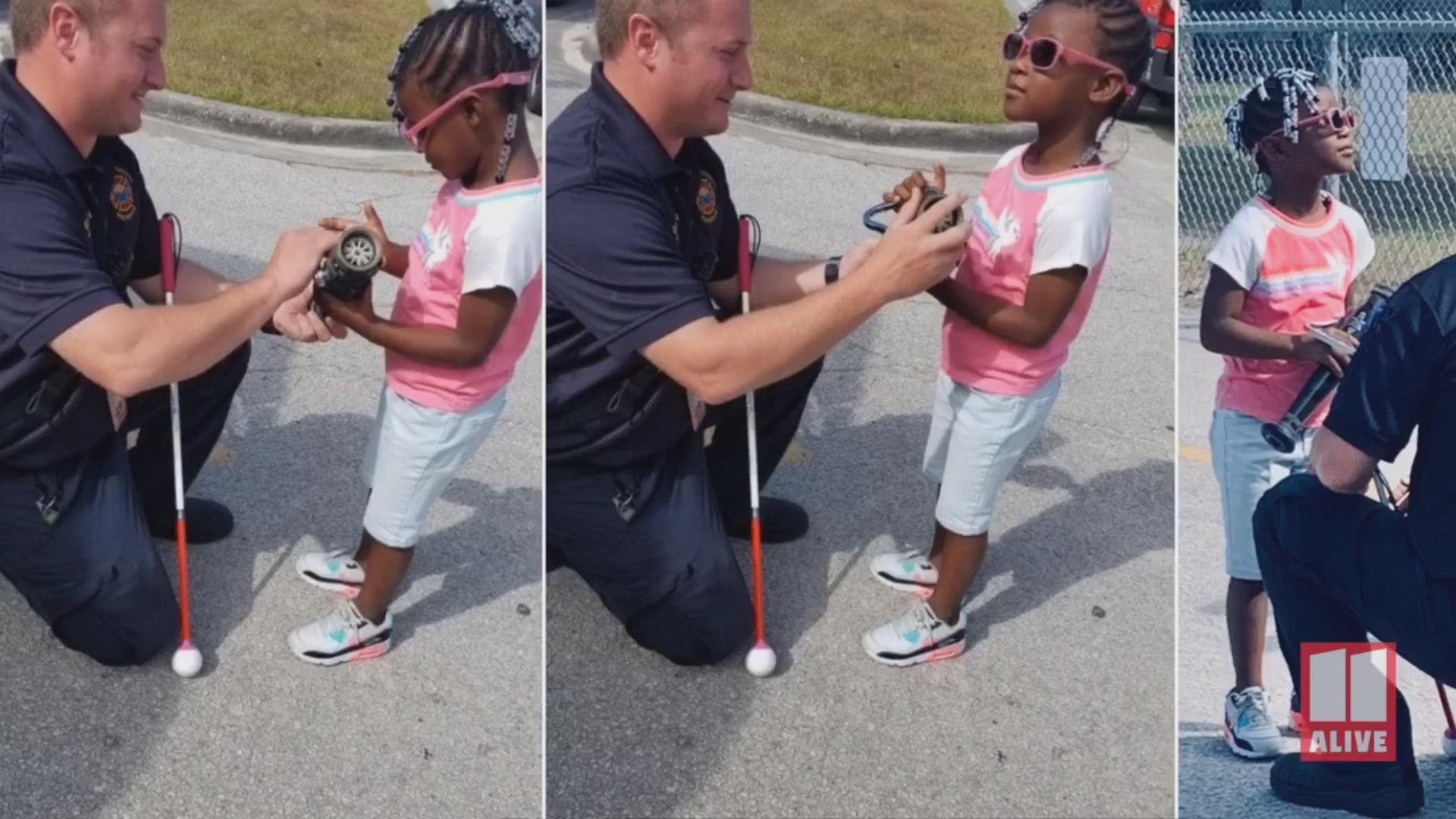 SUWANNEE COUNTY, Fla — A Florida firefighter went above and beyond to help make a little girl's day.

According to a post on Suwannee Primary School's Facebook page, Suwannee County Fire & Rescue Captain Chip Leathlean saw a young girl "not engaged" in a fire safety program like the other children.

Leathlean "took it upon himself" to make the child, who is visually impaired, feel special.

"I understood that visually impaired 'see' with touch, and I wanted to include her in part of it," Leathlean told 11Alive.

He pulled her aside and let her touch and feel the hose.

"When she touched the nozzle, her face lit up, and so did mine," Leathlean said.

Photos of the moment spread quickly after the school posted it; more than 6,000 people responded to the school's post, and then it reached more than 100,000 people after 11Alive shared it.

Leathlean said he didn't even know that anyone was taking photos.

"It was nothing about me," he said. "It was all about the little girl.

The little girl's mother, Shanta Oglesby, said that her daughter came home from school and was excited to talk about what happened.

"When she got home, she explained -- she was just talking about what happened," Oglesby said.

When Oglesby saw the attention the photos began to receive online, she said she "cried like a baby."

Leathlean said he was encouraged by the response.

"It reaffirmed positivity in my career and the impact that we have as first responders," he said.

1 / 3
Suwannee Primary School
Captain Chip Leathlean, of Suwannee County Fire & Rescue, went out of his way for our sweet Jakhyriana, who is visually impaired

'We're having a twin delivery': Identical nurses help with delivery of twins at their own birth hospital