After K-9 Buzz found the woman, Forsyth County Firefighters helped her up a 20-foot tall embankment. 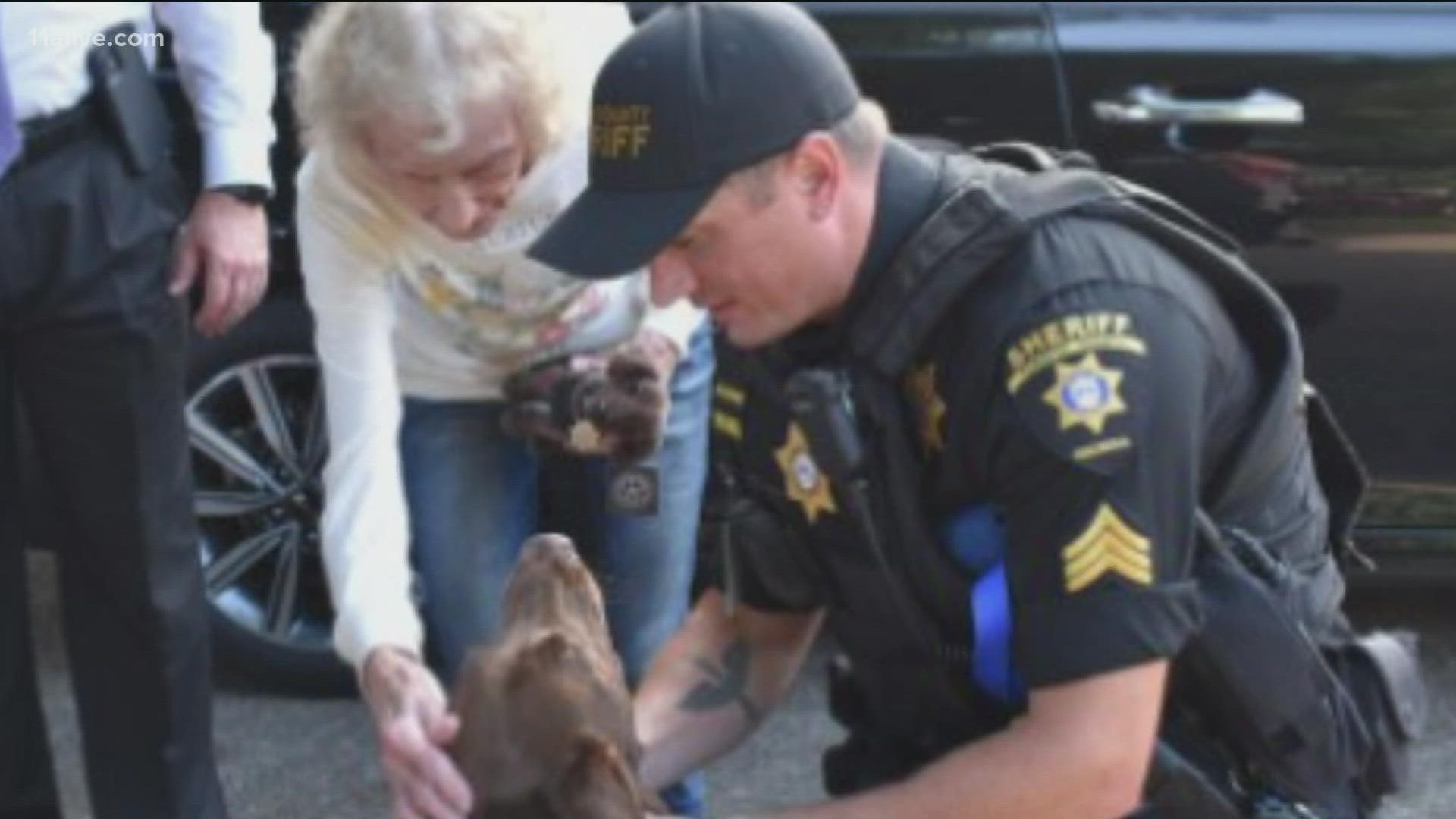 K-9 Buzz earned some extra doggie treats earlier this month when he led a search team for Mary Kennedy, who was previously reported missing.

On Aug. 16 the sheriff's office made a missing person post on Facebook, stating Kennedy's family hadn't seen her for hours and that they were "deeply concerned for her well-being."

Kennedy's family told deputies she recently moved to live with her family at a home on Shady Grove Road, where she was last seen around 1:30 p.m. Aug. 15.

The elderly woman's purse, phone, and vehicle were still at the home when her family reported her missing.

After what the sheriff's office calls an "extensive search" involving uniform patrol, special operations deputies, volunteers, and a drone team, K-9 Buzz found Kennedy in a deep ravine by a rising creek behind her house. According to deputies, she was injured, but alive. She was treated by first responders after Forsyth County Firefighters helped her up a 20-foot tall embankment.

"How could we forget that happy ending, right?" The sheriff's office wrote in a subsequent Facebook post.

Last Wednesday, Sgt. Sprague, K9 Buzz, and Sheriff Freeman visited with Mary and her family. There were stickers for all of Kennedy's family and she received her very own K-9 Buzz doll.

"It was such a great reunion," the sheriff's office wrote.

Some of you may remember, a couple of weeks ago when Ms. Mary got lost in the woods and fell down a ravine. After a lot...