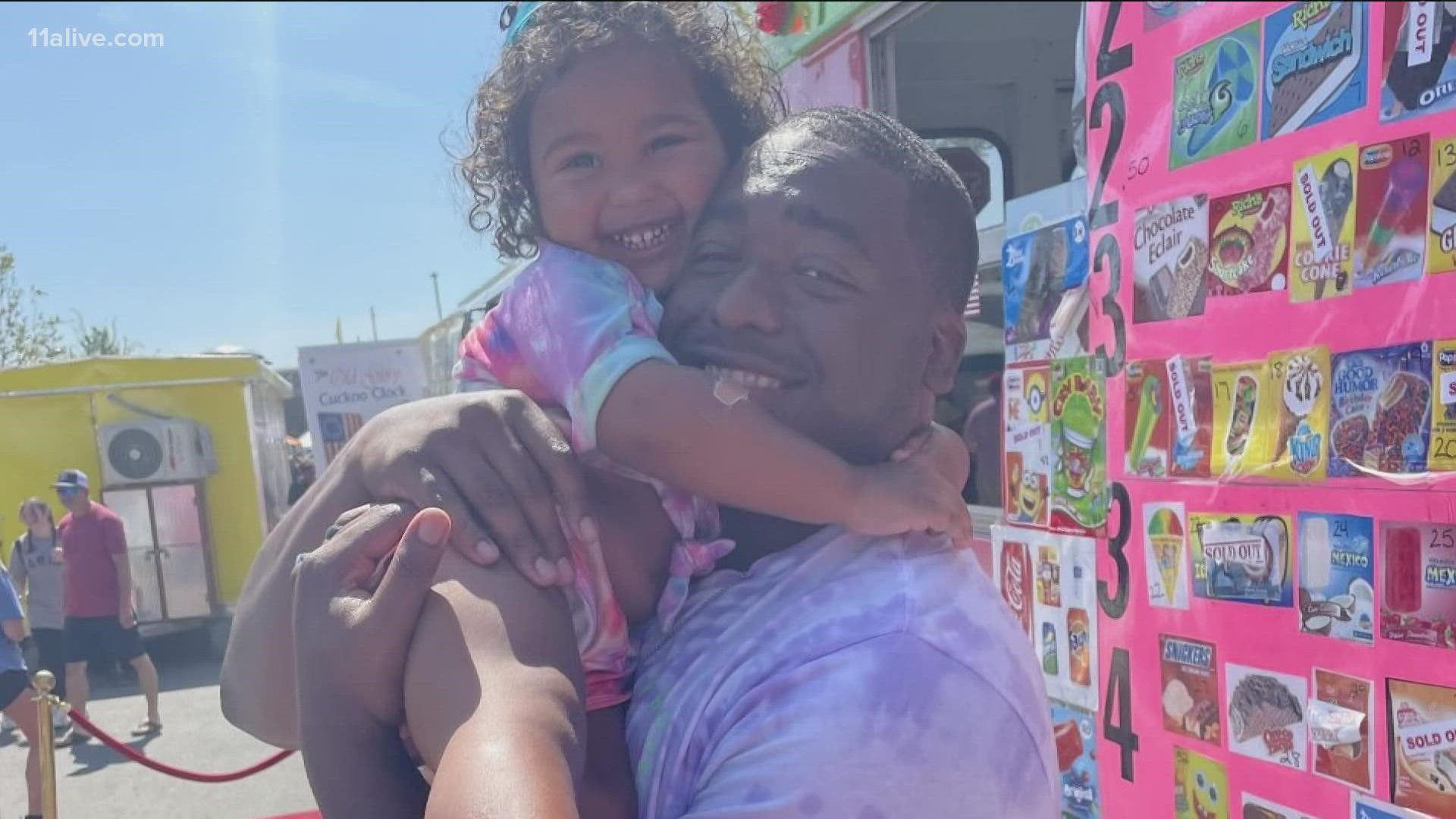 CANTON, Ga. — A Georgia Army National Guard specialist is serving up sweets in his ice cream truck with his 2-year-old daughter.

Joseph Pittman, of Canton, started his ice cream business when he returned home to civilian life during the pandemic. He runs a family business called "The Pitt Stop" with his wife Chelsea and daughter Cataleya.

Together, they are serving up ice cream and smiles to the neighborhoods they stop in.

Joseph described himself as a "kid at heart" and wanted to make the experience fun for kids. So, they got a miniature school bus and decked it out in rainbow colors.

"I actually have parents on Instagram message me saying that it brings back old memories of when they were children and the ice cream used to come to their home and their neighborhoods," he said.

Joseph tells 11Alive, exclusively, he loves giving back and sharing this experience with his family.

"We're all about giving back to the community and just basically put a smile on everybody's faces," he said.

Joseph also said he wants to serve and protect while serving up ice cream at the same time.

As an added bonus, the truck also serves sweet treats for your pups.

As for their next pit stop, they will be at the Great Pumpkin Fest in Canton on Oct. 23 from 11 a.m. to 5 p.m. at Cherokee Veterans Park.