Not only does Sean Power take care of his mom, he attends Georgia Military College's Warner Robins Campus as a full-time junior. 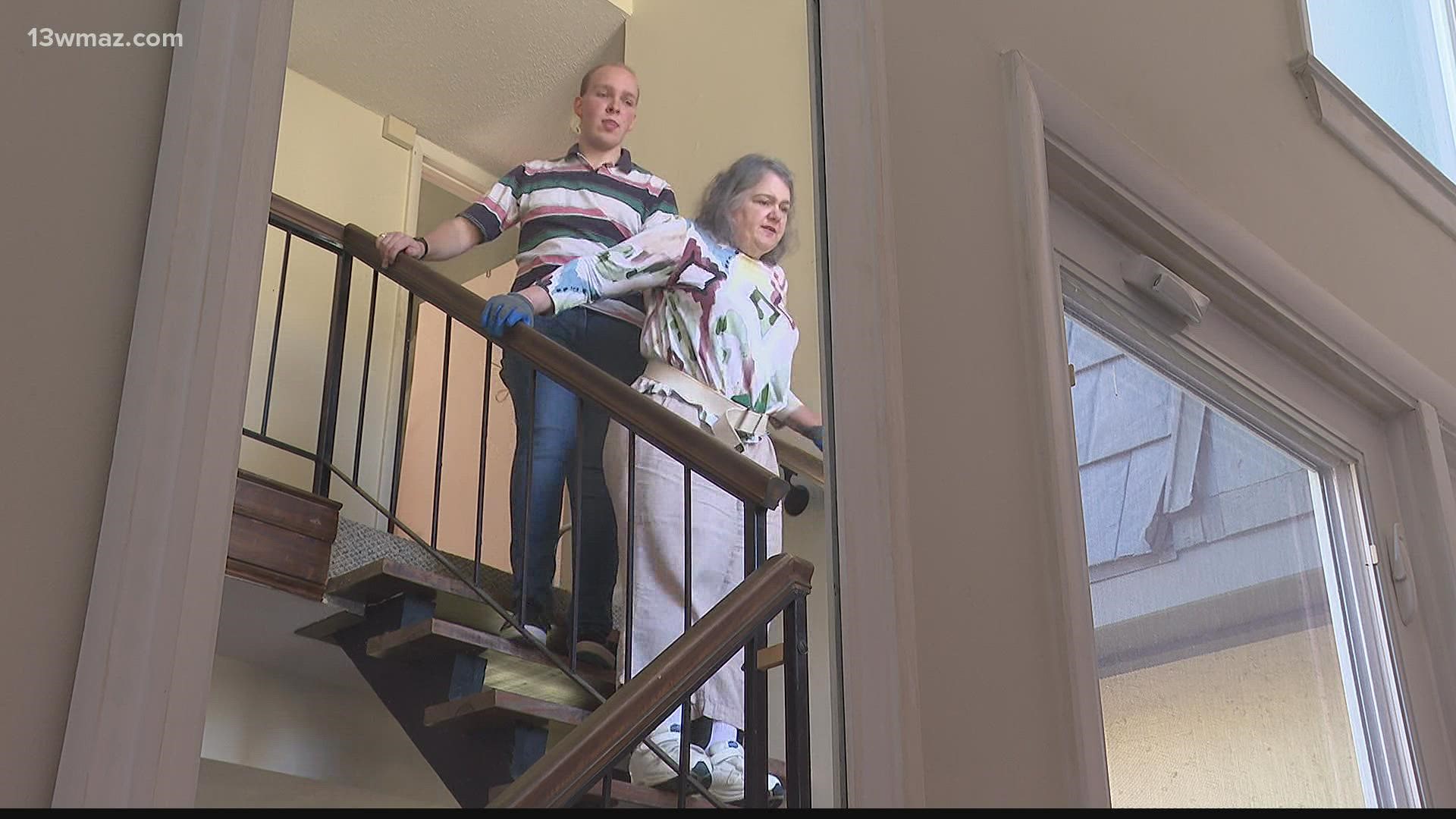 WARNER ROBINS, Ga. — A 20-year-old full-time military student spends his free time taking care of his mom who is recovering from a neurological disorder.

We visited their home and spoke with the dynamic duo.

In August of 2020, Kathryn Power of Warner Robins fell ill unexpectedly. Shortly after, doctors diagnosed her with Guillain-Barre Syndrome. It's a neurological disorder where the immune system attacks the nerves.

Kathryn said, "I honestly don't know where I'd be if he weren't around. I don't think I'd be here today had it not been for Sean."

For the past year, Sean Power has been by his mother's side almost every hour, every day.

"Sean was here to check on me, make sure I was at least trying to drink something, eat something occasionally. He has pretty much given up a regular college student social life," Kathryn said.

Not only does Sean take care of his mom, he attends Georgia Military College's Warner Robins Campus as a full-time junior.

"I kind of have the mindset of, 'You got to do what you got to do when it strikes, whether you like it or not,' and if that means I have to stay here instead of going out and do college at the same time, well, then, that's just what I have to do," Sean said.

He does all this while maintaining a "decent" GPA.

"Sometimes it gets really, 'Oh, woe is me,' but you got to do what you got to do, and the majority of the day, you shine, so that's the positive," Sean said.

"It's an inner struggle. It's not fair to him, so he is going to be a little resentful sometimes, but he never showed that to me," Kathryn said.

Sean is sacrificing a normal college routine out of love, for his mother's wellbeing.

At the age of 15, Sean became an Eagle Scout.

He wants to graduate and be commissioned into the Air Force as a Logistics Readiness Officer.

He plans on taking his mom with him wherever he goes next.