Recovery meant missing some major milestones in his son's life, so his wife, caseworker, and nurses helped set up a special Father's Day surprise - a little early. 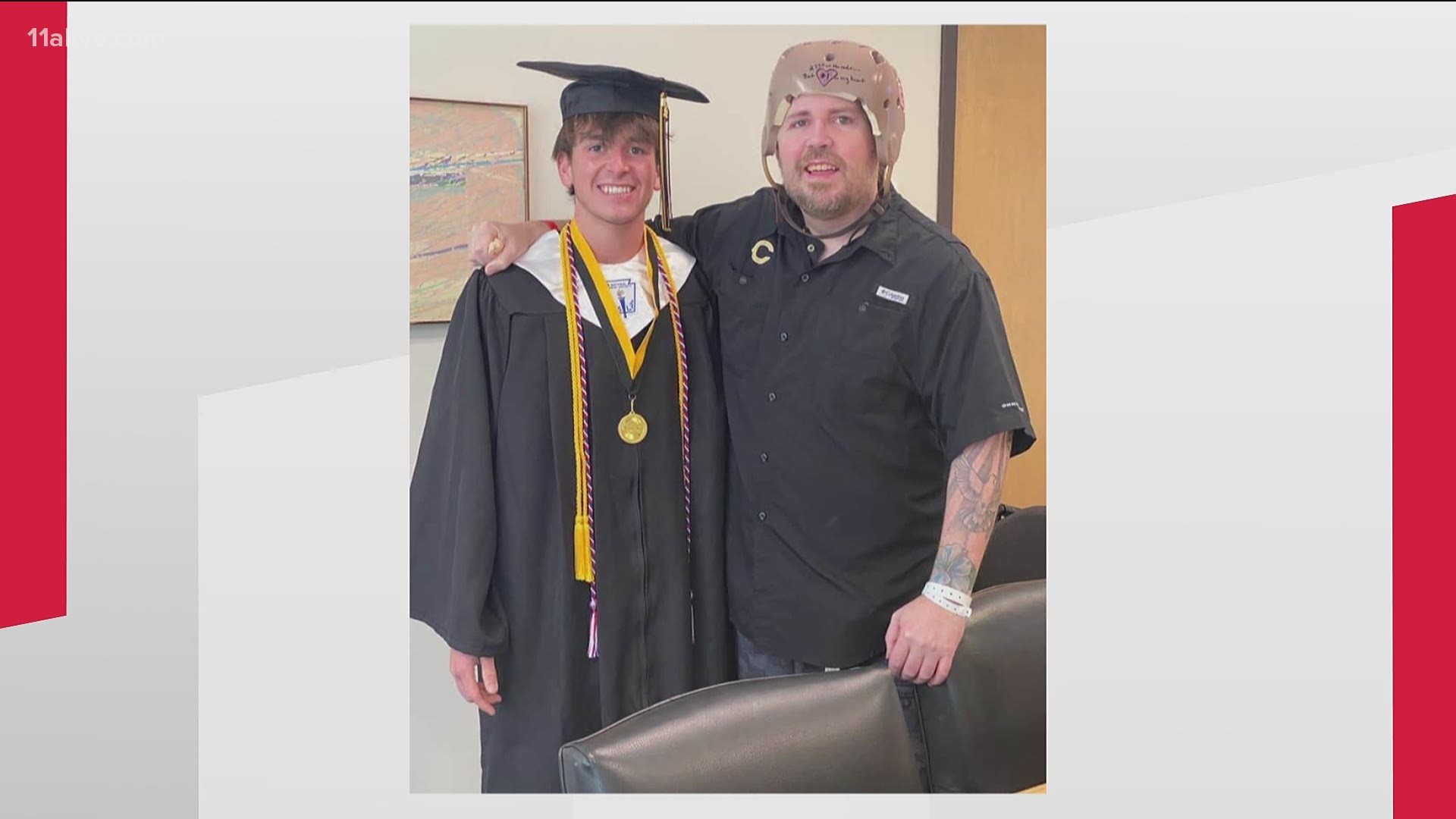 ATLANTA — A Carrollton officer who just months earlier was shot in the head while doing his job, got a special surprise from a loved one he said he hasn't seen in person or hugged since that day - his son.

The Shepherd Center, where Sgt. Rob Holloway has been receiving care and working to recover from the effects of that violent day, said that he has missed some of his son's milestones in that time.

Since April 12, his son Grady has graduated with honors from Carrollton High School, gone to prom, and celebrated honors night, baccalaureate, and his 18th birthday. Rob told the Center he didn't remember the two being in the same room since that day.

"Missing all of these important milestones for Grady has been very difficult on all of us," his wife Stephanie said.

But some special planning from her, Rob's case manager, and Shepherd Center nurses brought them together again for the first time in quite a while - and just before Father's Day.

Stephanie said Rob was in therapy when they arranged the surprise - a chance not only for a reunion but for a father to experience at least one part of one of his son's special moments.

She said Rob was able to stand up from his wheelchair and hug his son.

"They embraced in the first good hug since Rob has been hurt," she said. "We were all crying happy tears."

Grady plans to attend the University of North Georgia in the fall. Meanwhile, his father will continue his rehabilitation.