The 44th President of the United States stopped by a Southside Wolfpack practice in Jackson Park. 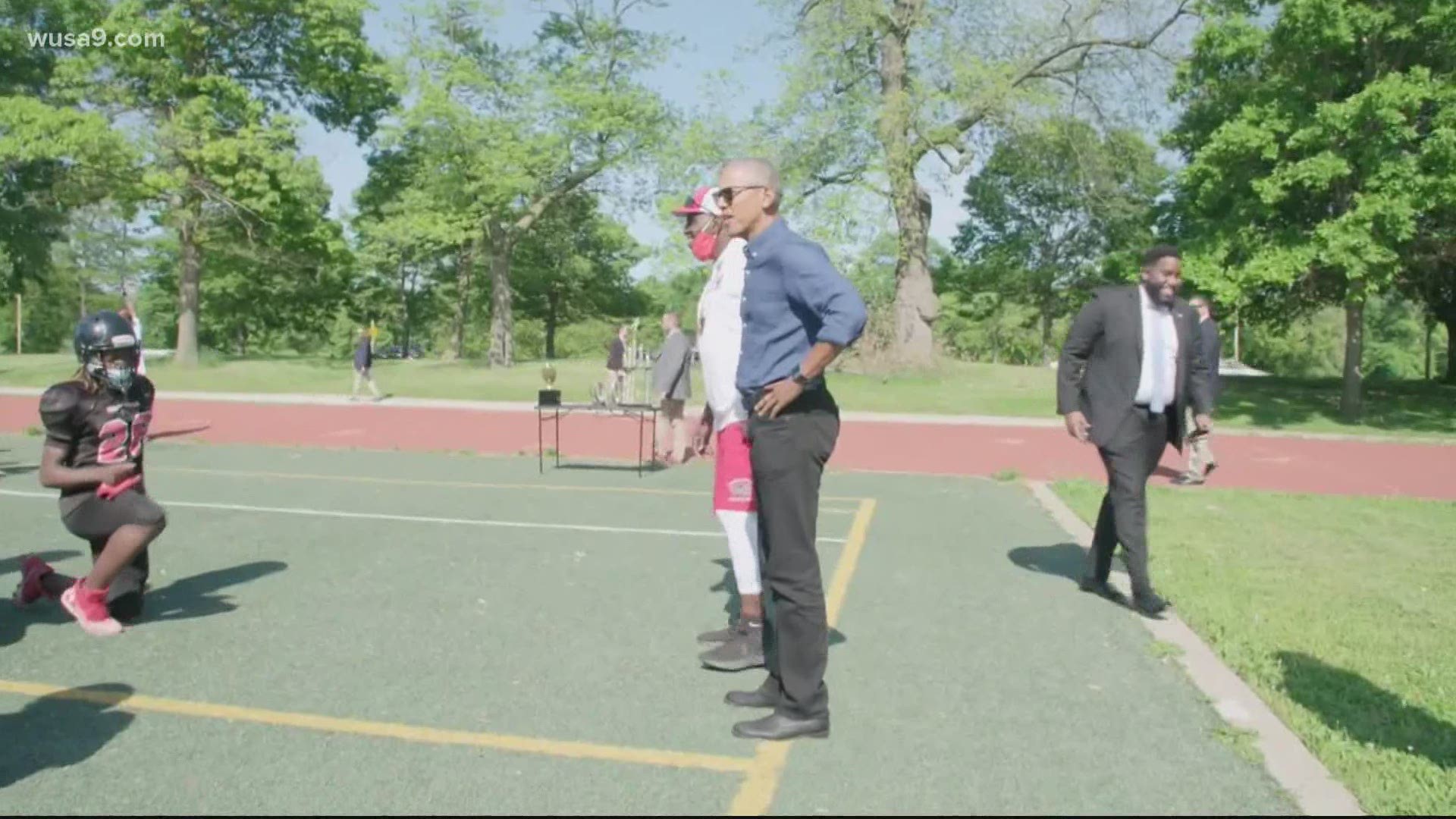 CHICAGO — Former President Barack Obama made a surprise visit to a youth football team's practice in Chicago to congratulate them on their season.

The 44th president met with the kids and gave them some words of advice, and posed for photos with the Southside Wolfpack during a visit to Chicago's Jackson Park. The players and the coaches were all floored to see Obama on the field.

"It’s great to be back in my hometown and even better to spend some time with talented young people in Jackson Park. I’m proud of the Wolfpack for a terrific season, and for their leadership off the field as well. Thanks for letting me give a guest pep talk," Obama wrote on Twitter.

Surprise! @BarackObama just dropped by the Chicago Southside Wolfpack practice in Jackson Park — the site of the future Obama Presidential Center — to congratulate the youth football team on a great season. pic.twitter.com/EH5i1rOEid

According to The Obama Foundation, the field at Jackson Park is set to be the future site of the Obama Presidential Center. But that doesn't mean the Wolfpack won't have a place to play. The team is getting a brand new field.

What a great moment for everyone involved. It's certainly got us feeling uplifted.

Be sure to subscribe to the Get Up DC newsletter, where we'll be sharing an uplifting story every morning as well.

RELATED: Rhino plays the piano at the Denver Zoo | Get Uplifted

RELATED: DC man strives to be the best DJ despite visual challenges