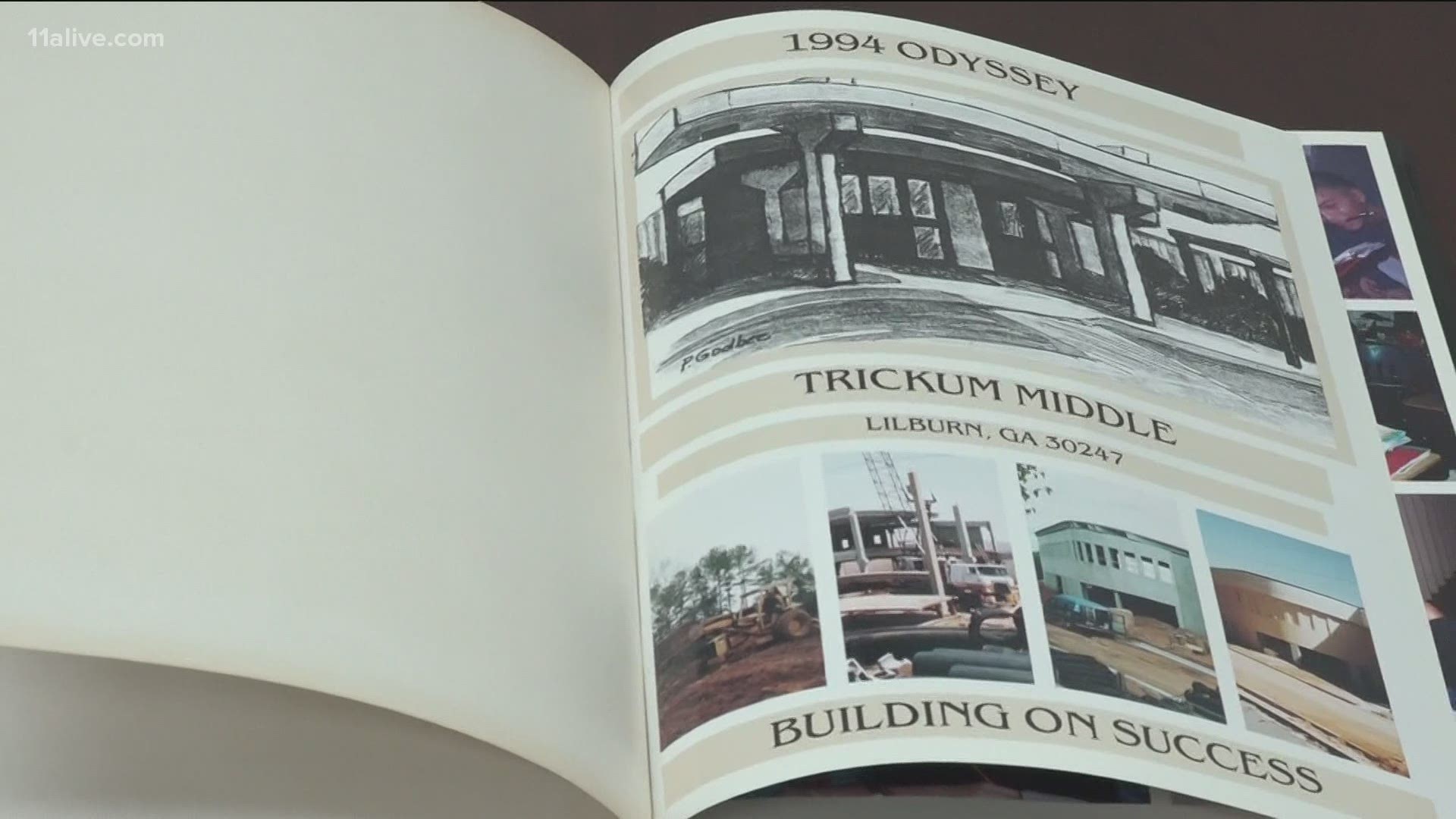 LILBURN, Ga. — The arrival of a yearbook is often the sign the school year is coming to a close. But as one metro Atlanta middle school has learned, making sure a student gets her copy can be easier said than done.

When a copy of a 1994 Trickum Middle School yearbook recently arrived in the school mail, Principal Ryan Queen was puzzled.

"It was an old yearbook, and it had a little sticker on it," Queen said. "It simply said 'found loose in the mail.'"

Queen said he had no idea the U.S. Postal Service had such a service, but the effort by the post office inspired his team to search for the former student.

Inside the front cover, Queen discovered the needed info.

"It clearly said 'this yearbook belongs to, and it listed the name," Queen explained.

Thus began the mission to reunite the yearbook with its rightful owner.

"I thought it'd be a longshot," Melissa Torres, registrar and records clerk at the school said. "I really didn't think we were going to find someone being the yearbook was from 1994."

But between school records and a quest on social media, Torres and the team were pleasantly surprised.

"We were pretty sure it was her," Mary Ann Propes, a school clerk who started the search on social media, said. "We saw that her husband was in the service. We went on Facebook...searched on Facebook."

The team found the yearbook had originated from Massachusetts before arriving in Lilburn, GA. Former student Katie Roy, who assumed her married name, currently lived in Rhode Island.

"Sure enough she responded within the hour saying it was hers and she'd love to have it back," school technology coordinator Drew Schoen said.

Roy later confirmed to 11Alive's Liza Lucas that the yearbook arrived safely in the mail. She suspects it got lost in transit after possibly being mailed with a box of her childhood things.

"It feels good when you're on a mission that's not about you," she said about the efforts to return the yearbook to her. "You get to spark joy for someone else by reuniting them with something that maybe didn't hold a lot of significance, maybe it did. But the fact that people go out of their way to try is pretty cool."

"If this had happened twenty years ago, her yearbook would be gone. It is just a middle school year book, but it's a neat thing to get back when you lose something," Schoen added.