A man from Lackawanna County and a fifth-generation descendant of the founding father of Clarks Summit and Clarks Green turns a century old. 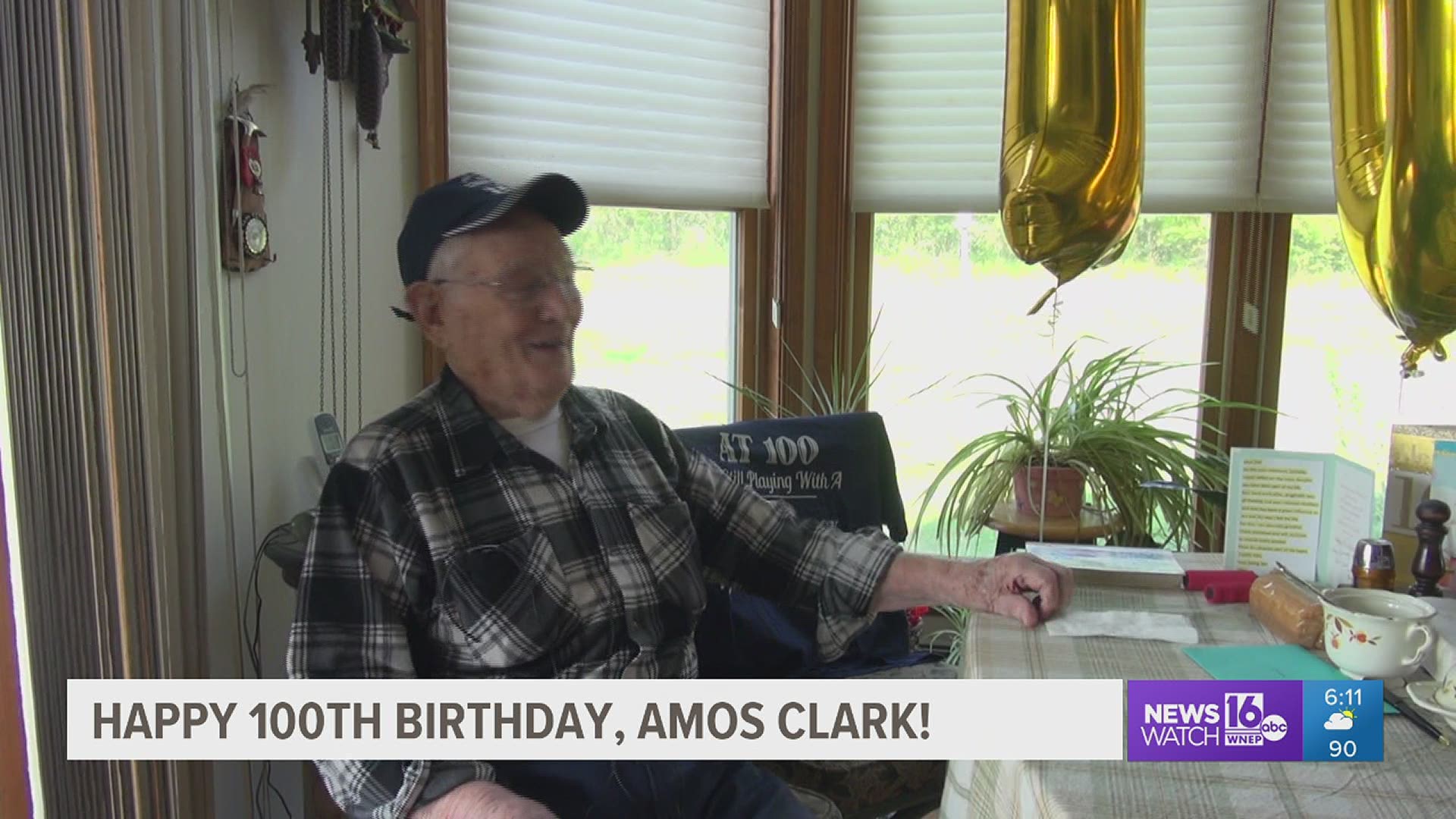 LACKAWANNA COUNTY, Pa. — At his home in Scott Township, Amos Clark spent the morning with two of his sons. It's a very special morning because it is his 100th birthday.

Amos Clark's fifth great-grandfather was Deacon William Clark, the founding father of Clarks Summit and Clarks Green. And 100 years later, Amos is still most proud of his family and the home they've built here. So, of course, they're making his day the most special.

"These crazy kids, they got this thing; I don't know where they get all of this stuff. They have been so good to me. I couldn't have lived this long without them."

Clark and his family are celebrating his 100th birthday with dinner at Arcaro and Genell in Old Forge, his choice, of course. Even his 92-year-old sister is able to attend. He only wishes his wife of 48 years, Mary, were here today. She passed away last year just days after his 99th birthday.

"I wish she were here. I certainly do wish that. Above all else, I do wish that," he said.

Clark is a Steelers fan and a Phillies fan. he Served in the navy in the 1940s. His favorite memories include being with his family at a lake in Susquehanna County. And even at 100 years old, his humor is still everyone's favorite part about him. That humor shone through during our interview when his birthday banner fell.

"That's what's going to happen to me pretty soon," he joked.