"Our shelter veterinarians are continuing to work diligently to rehabilitate these precious animals so they can make a full recovery and find a loving family." 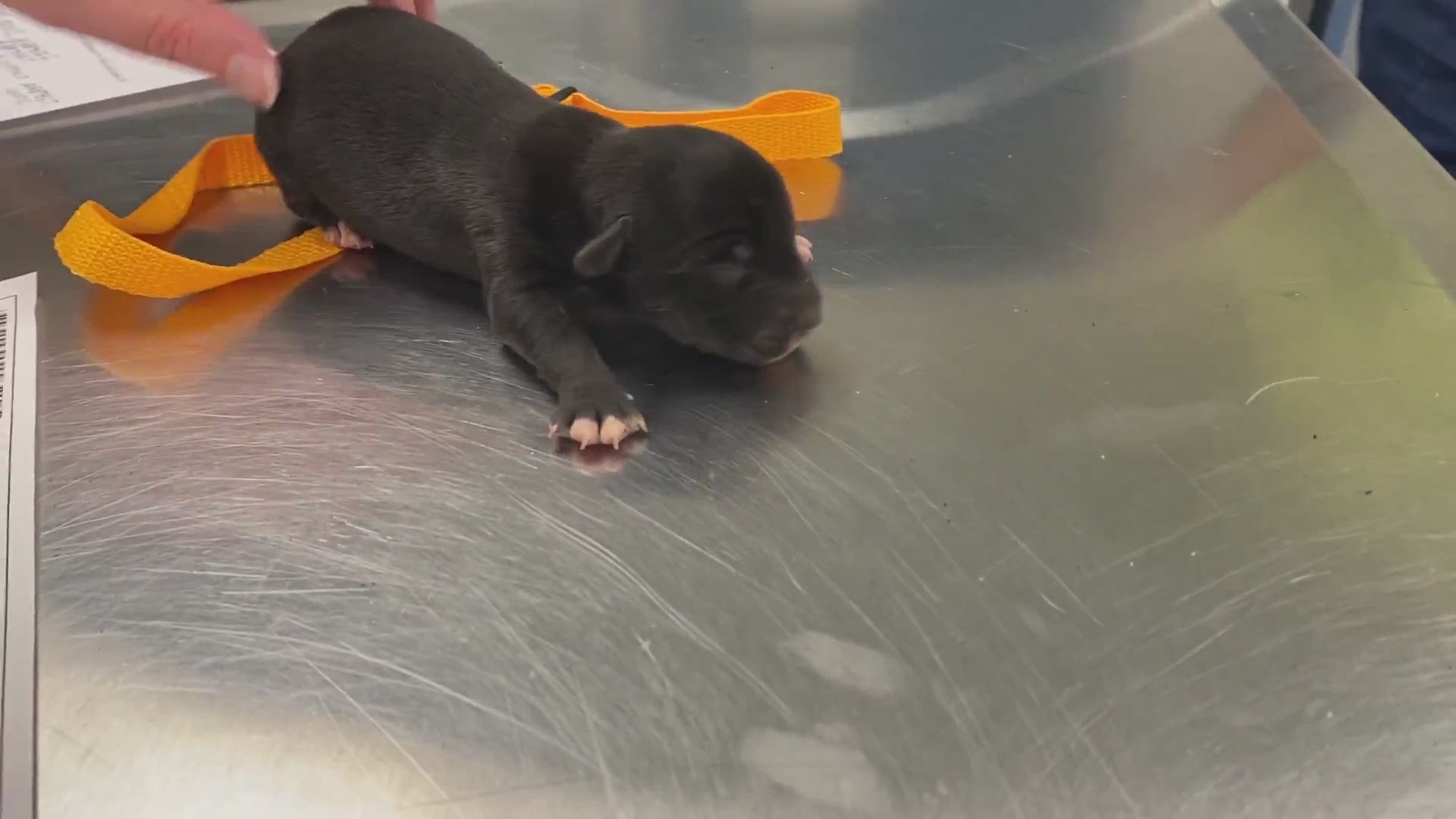 NEWTON COUNTY, Mo. — The Humane Society of Missouri rescued seven dogs, including a mother and her four newborn puppies, from an abandoned home in Newton County this week.

On Wednesday, neighbors spotted a dog on the roof of the home and called the Newton County Sheriff’s Office. Police then called HSMO Animal Cruelty Task Force to aid in the rescue of the animals.

The owner of the property passed away eight months ago, though squatters had been staying there intermittently, according to a press release. The Humane Society said it’s unclear if the animals belonged to the deceased owner or to the squatters.

After receiving the call from police, the task force safely removed the dogs from the property and took them to the Best Buddy Pet Center in Maryland Heights for treatment. The remains of one dog was also found on the property.

The dogs were found in varying stages of malnourishment, the release said. The mother was particularly emaciated since she just gave birth.

Following veterinary evaluations and treatment, the Humane Society said the dogs will be rehabilitated and put up for adoption.

“Finding defenseless animals in these conditions is never easy, but we’re grateful to the Newton County sheriff’s office for their prompt action in ensuring the surviving dogs could be rescued,” said Kathy Warnick, president of HSMO. “Our shelter veterinarians are continuing to work diligently to rehabilitate these precious animals so they can make a full recovery and find a loving family.”

To learn more about the rescue or to make a donation, click here. To report animal abuse or neglect, call your local law enforcement agency and the HSMO hotline at 314-647-4400.