“I’m lost for words because I didn’t expect that. A tuba player from Morris Brown coming in here…that’s big,” Roderick Cochran said. 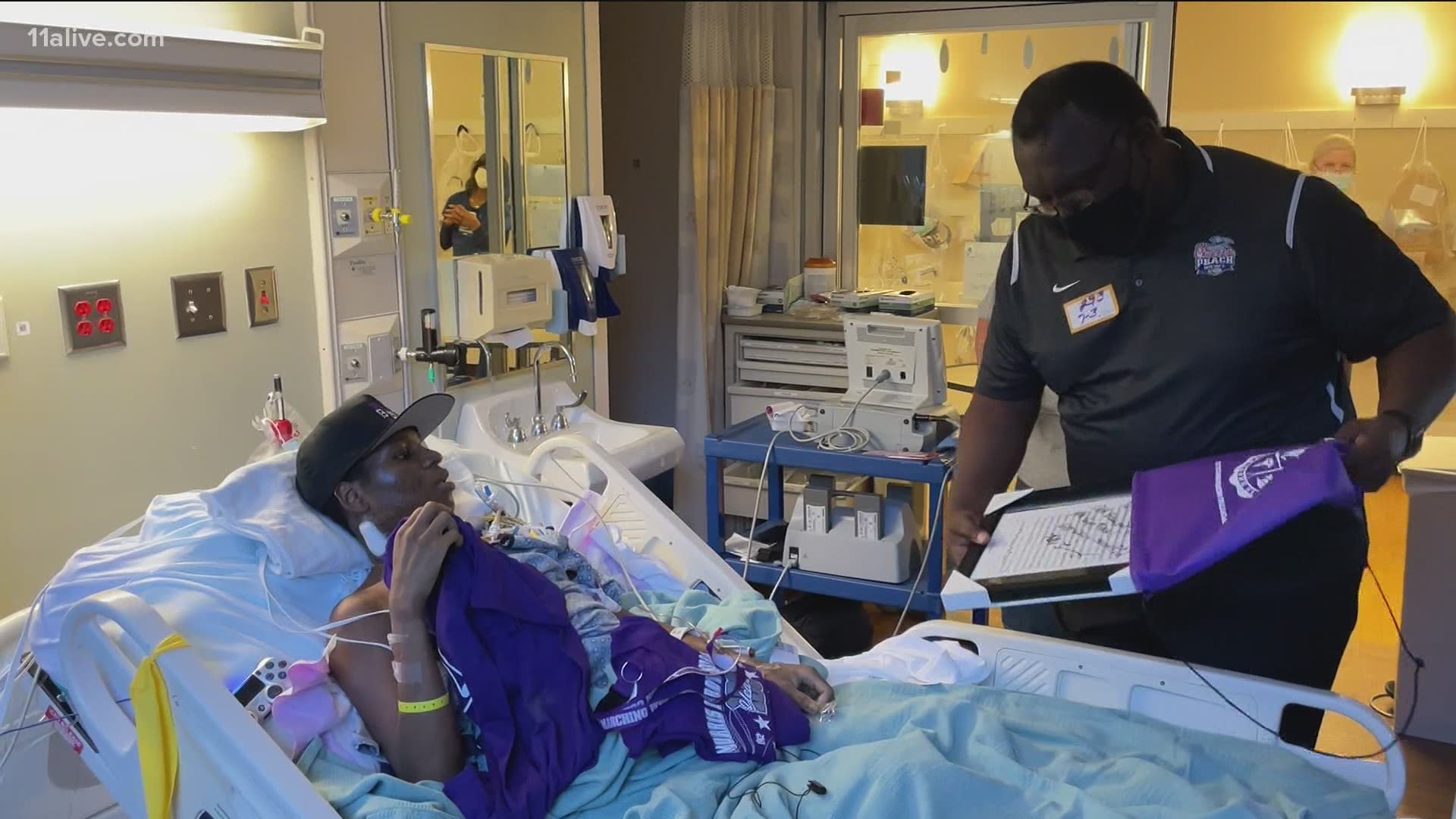 DUNWOODY, Ga. — Roderick Cochran got the surprise of a lifetime over the weekend. He met two notable members from the popular film “Drumline” at Emory Saint Joseph’s Hospital.

After being hospitalized for months for complications from a COVID-19 infection, the 24-year old patient lit up when a nurse brought in Geoffrey Thompson, a former Morris Brown marching band player and who made an appearance in the Drumline film as a tuba player, as well as Kelly Fanning, former director of college bands at Morris Brown.

"I was in from the jump," said Thompson. " We think our battles are so much greater than the one he is facing, but that couldn't be further from the truth. He is facing a real battle."

According to the hospital, Cochran told his care team that his favorite movie was the 2002 film “Drumline” and that he was a big fan of HBCU marching bands. He is also a former high school band player.

"When u have an opportunity to give back, do it. You never know how you'll impact someone else's life," said Fanning.

Video sent to 11Alive of the heartwarming moment shows the surprise unfolding. Cochran instantly recognized Fanning from the film.

“That’s my favorite! I know a tuba player when I see one,” Cochran said. “‘I’ve seen that movie a trillion times!’”

"Drumline," starring Nick Cannon and Jason Weaver, was released in 2002. The story was produced by Atlanta's very own Dallas Austin.

Cochran was gifted with a signed copy of one of the original scores from the movie.

“I’m lost for words because I didn’t expect that. A tuba player from Morris Brown coming in here…that’s big,” he said.

Thompson said he hopes Cochran has something to look forward to while getting better.

"Our goal was to make a life-changing experience for him and it ended up changing our lives," Thompson said.

The hospital reports have been on a steady but slow road to recovery after suffering multiple heart problems.