Noah Sileno was diagnosed with leukemia at age 3. After 830 days of treatment, he took his last dose of chemotherapy on Sunday. 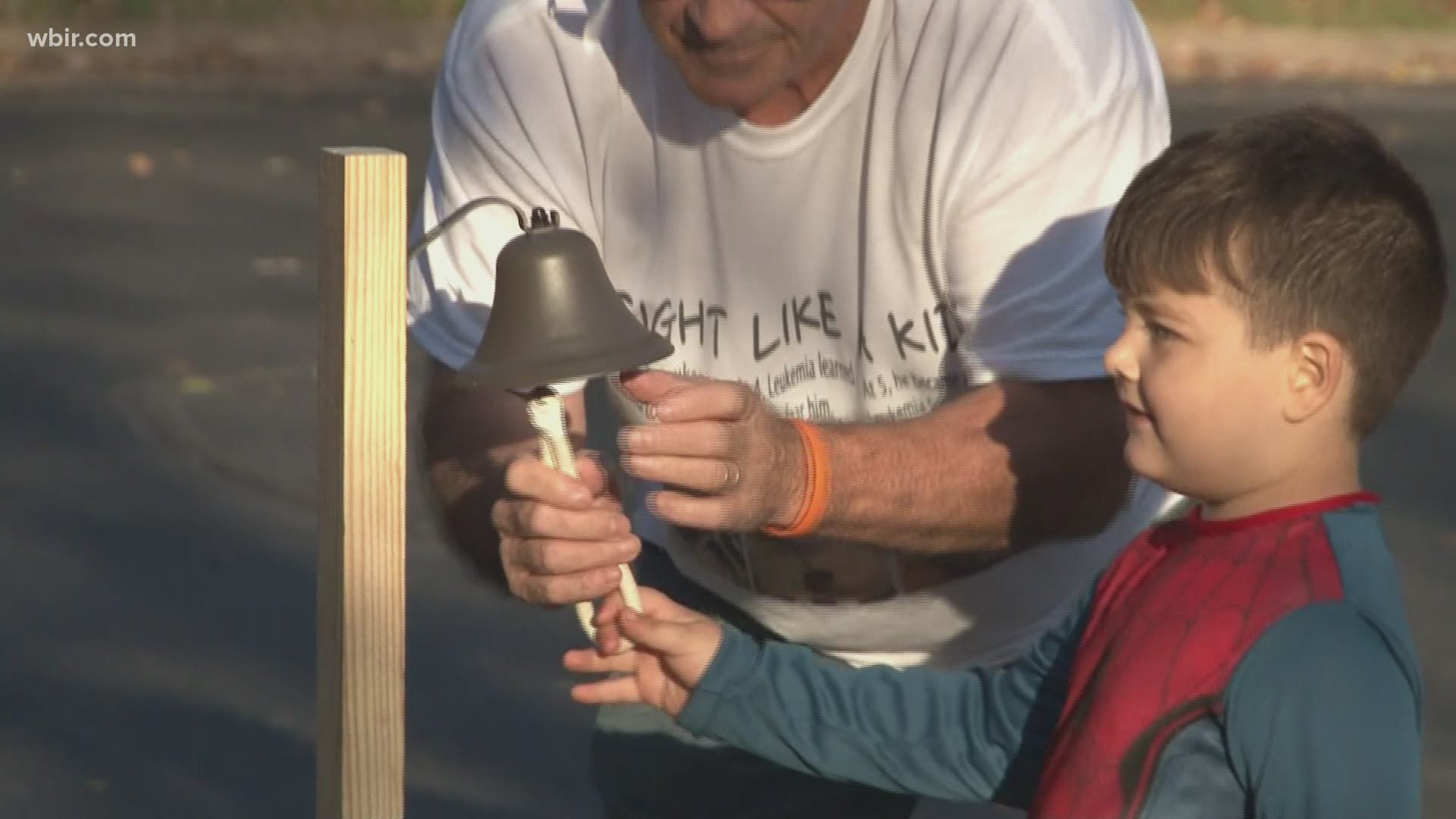 POWELL, Tenn. — When Noah Sileno was diagnosed with B-Cell Acute Lymphoblastic Leukemia in 2018, his mom did not know far they'd make it.

"In the beginning, I didn't know if we were going to get this far," Martha Sileno said. "But after 830 days of fighting cancer, Noah has officially finished treatment and taken his last dose of chemo."

Martha has saved strands of courage beads and piles of empty medication bottles from the past two and a half years. Each one shows how far he has come.

"At three, leukemia tried to steal him. At four, leukemia learned to fear him," Martha Sileno said. "And at five, Noah became a leukemia survivor."

On Sunday, the Silenos were joined by family, friends, superheroes and local law enforcement as Noah took his final dose of chemo and rang the cancer-free bell.

It's a moment they've been looking forward to for years.

Noah's journey to remission is one of hope, but his family knows there are many others still fighting.

They plan to continue rallying for more funding for childhood cancer research.

"The amount of children that we've met that are stricken with cancer has really, really shown us a new path," said Noah's dad Michael. "It also shows us how strong a community can be."

While Noah's in remission, he still has some catching up to do because of the cancer treatment's side effects.

"He is starting occupational therapy again and he is receiving some extra support at school to getting caught back up," Martha said. "It's taken two years, four months to get this far, but now he's a cancer survivor."