"He used his own spare so that I could safely get off the side of the road and lead us to the closest gas station." 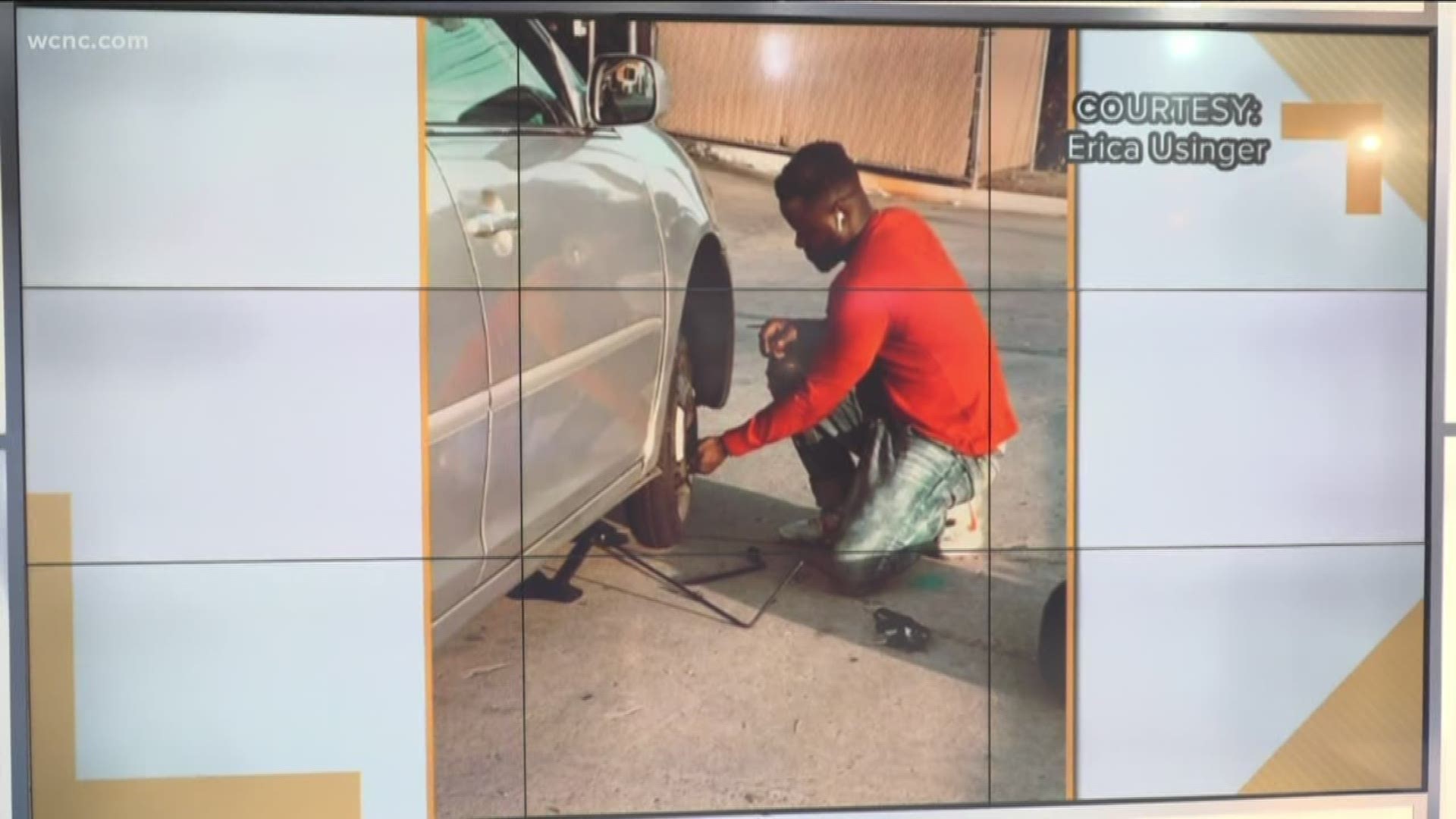 CHARLOTTE, N.C. — When Erica Christine Usinger's tire blew out on a very busy I-85, she didn't know what to do.

"I had a very difficult time getting over to the side of the road and was waiting for at least 20 minutes with my hood up and no idea how to change a tire before someone stopped," Usinger wrote in a now-viral Facebook post.

Usinger said a (then anonymous man) in a red shirt immediately pulled over and offered to help the Gastonia woman.

"I’m very thankful for the gentleman named Teewon who stopped on an extremely busy part of 85 in rush hour on his way home from work and tried to replace my tire with my spare-which we discovered was also flat," Usinger wrote.

Usinger told the man that her mom was on the way with a spare tire in her trunk and said he waited with her for more than 40 minutes until her mom could get to her.

Turns out her mom's spare tire also had a flat.

"He used his own spare so that I could safely get off the side of the road and lead us to the closest gas station where he could fill up my spare and change out the tires," Usinger said.

The woman wrote on Facebook saying Teewon also took the time to full up her mom’s spare tire in case of an emergency.

Erica Christine Usinger
Update- We have located him, his beautiful girlfriend Ling Ling McNeil-Dixon reached out to me. His name is Teewon Vaye and he works for Wells Fargo in Charlotte. Feel free to continue to share and...

Usinger said she offered to buy Teewon dinner for everything he had done for them but said he wouldn't allow them to.

"He just asked if the opportunity arose to pay it forward and do something kind for someone else in need," Usinger wrote. "What was a bad evening ended on a positive note and restored my faith in humanity."

According to Usinger, Teewon Vaye works for Wells Fargo in Charlotte.