"All y'all are my children. I appreciate it and I'd do anything I could for you," Phillips said. 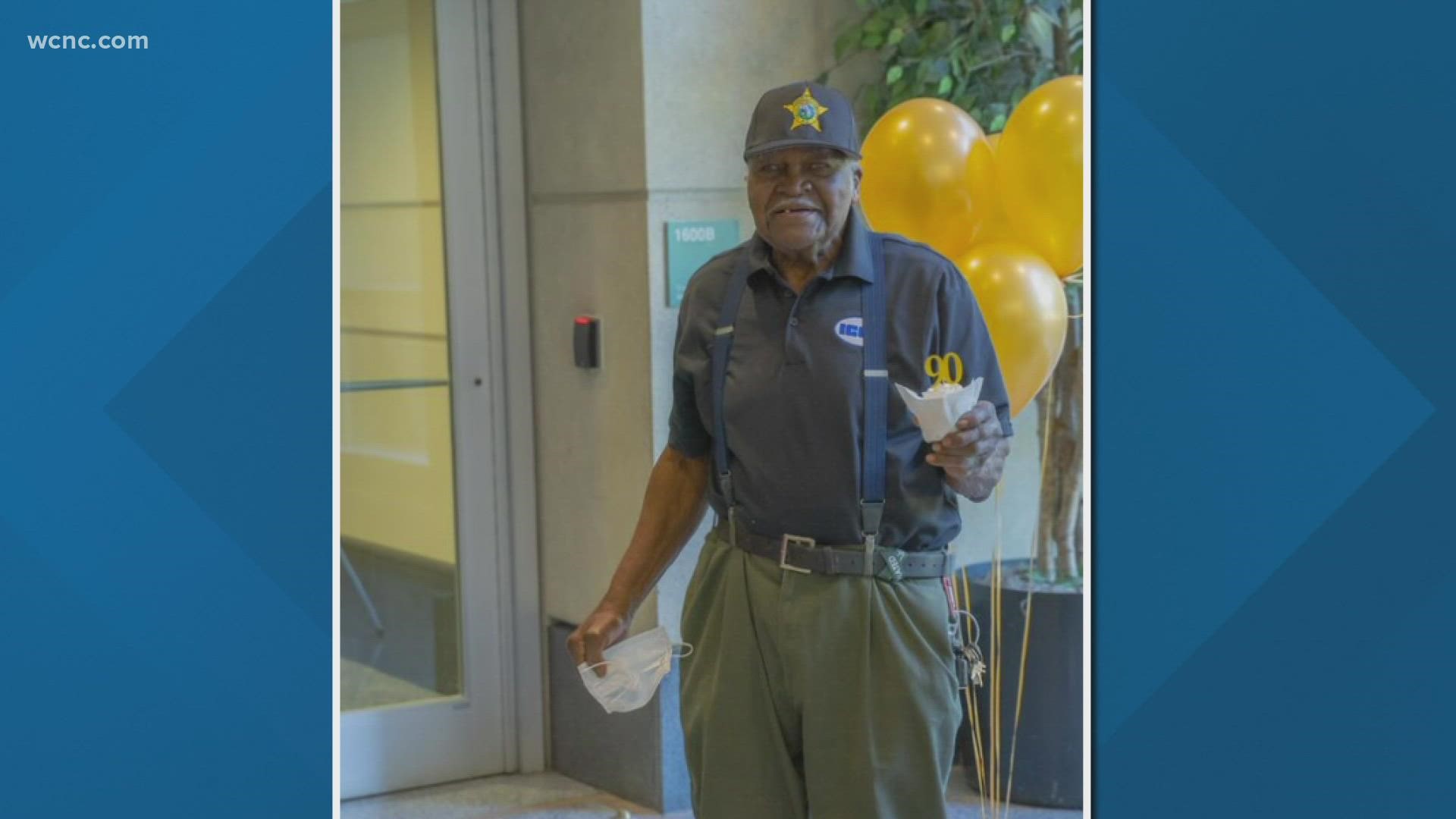 MECKLENBURG COUNTY, N.C. — The Mecklenburg County Sheriff's Office is celebrating the work of a dedicated custodian.

According to a news release from the agency, Phillips has worked at the Mecklenburg County Detention Center-Central (MCDCC) for the past five years as a contract employee with TKC Management Services.

"I'm just as nervous as a newborn baby," Phillips said when he was surprised by MCSO officials, including Sheriff Garry McFadden. "I'm surprised. (Sheriff) McFadden told me he had something for me, but I didn't know it was going to be like this. All y'all are my children. I appreciate it and I'd do anything I could for you."

Phillips was presented with a few tokens of appreciation during the celebration, including a plaque and a framed portrait.

"When I first got here, Mr. Phillips told me something that I've only shared with a few people," McFadden said. "It's something that I still carry with me. It meant so much to me in my new role here as sheriff. This is your lobby (Mr. Phillips) and we want the people to know that."