Martin Hauser was adopted as a baby in North Carolina, and he spent more than 30 years trying to reunite with his biological family. 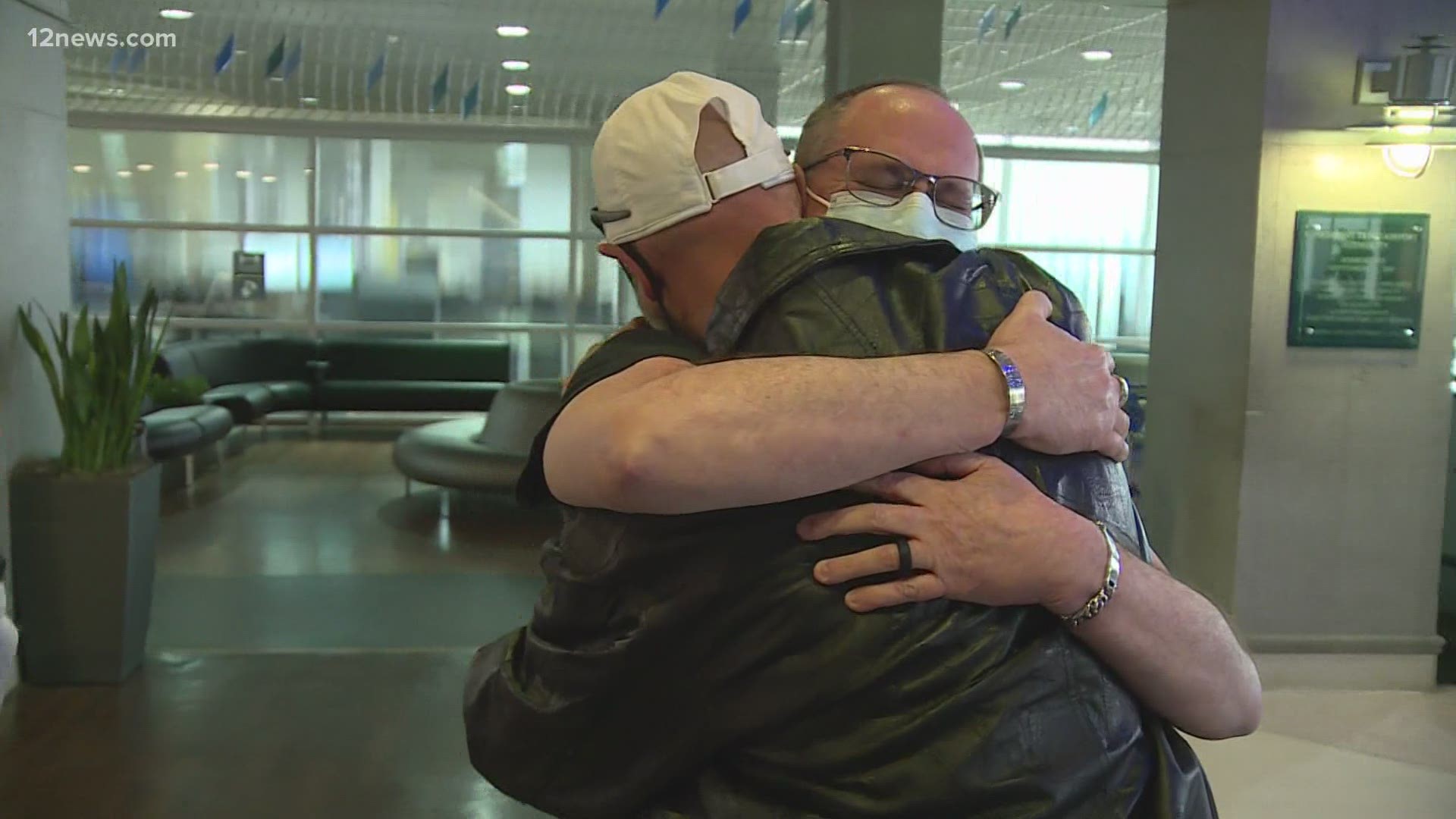 MESA, Ariz. — A family chain that was broken from the start has been welded together again.

Martin was adopted as a baby in North Carolina. As an adult, he spent more than three decades searching for his biological family through ancestry websites and DNA programs.

“It was rough, it was hard, it was mentally exhausting,” Hauser said. “But I never gave up.”

In recent years, he joined a Facebook group that connects adopted children with their biological families.

A change in North Carolina law allowed agencies to assist individuals to track down their biological families for a nominal fee and Hauser eventually located his biological father’s death certificate.

That made all the difference.

The death certificate showed his father had a son listed as “next of kin” named Joseph B. Shaw Jr. Hauser was then able to track down Shaw through Facebook in January. His brother, Joe, works renovating houses in North Carolina.

“We’ve been talking and texting ever since,” Hauser said.

Hauser also learned he has an older half-sister and another sister who died from Cancer.

On Friday, Hauser flew to North Carolina to meet Joe, for the first time. They hugged and laughed and discussed Joe getting married this weekend.

The meeting is another result of the information age; where internet family trees and DNA research are bringing biological families together in dramatic reunions.

“I feel blessed and loved because she told me why she put me up for adoption and told me why she named me my birth name,” Hauser said. “The reconciliation of the family has been amazing in the last few hours.”

Watch more inspiring stories from Arizona by subscribing to the 12 News YouTube channel: