The team honored Newnan Patrol Corporal Ken Hobbs with a signed softball with all of the team members names on it. 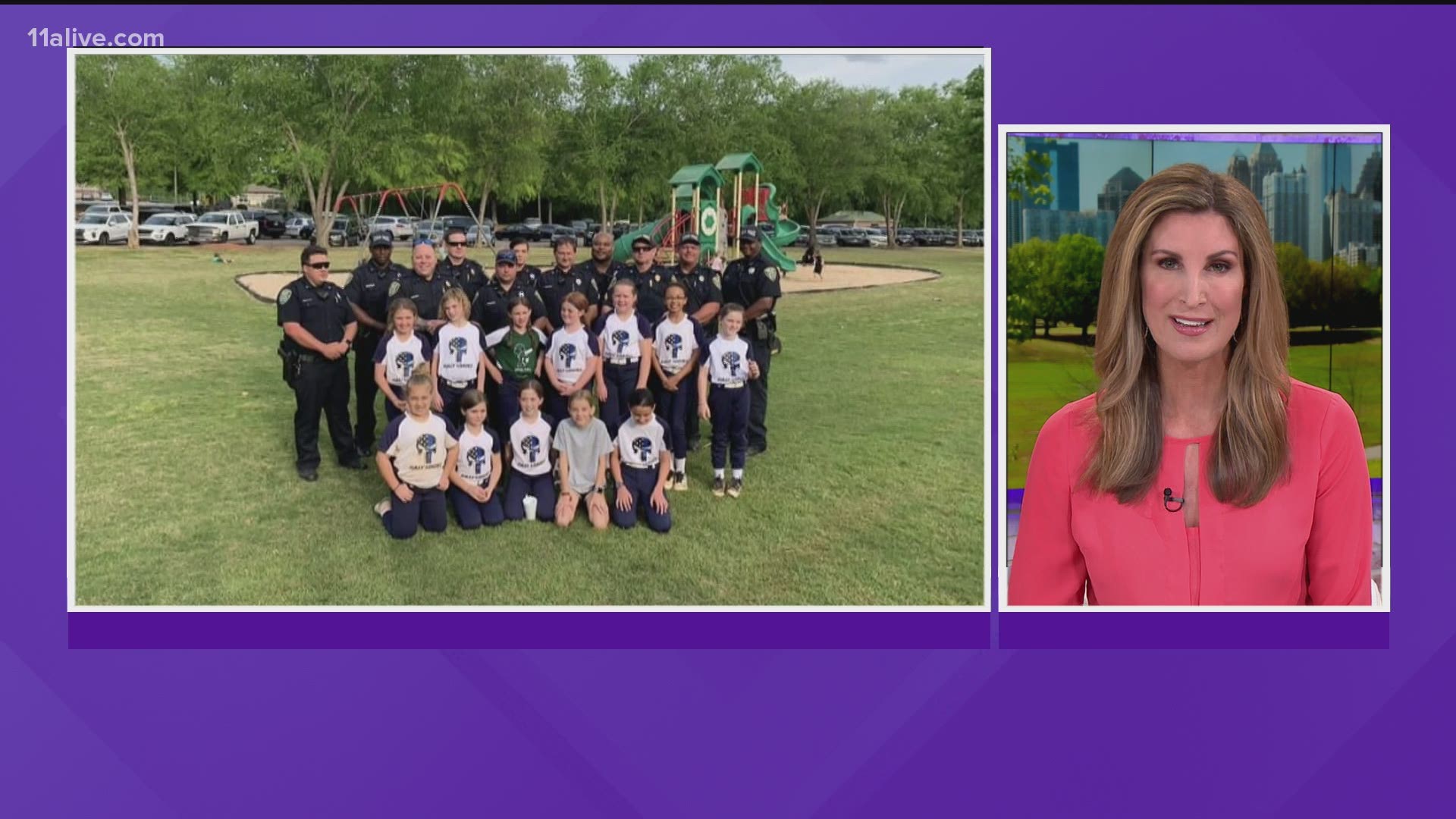 COWETA COUNTY, Ga. — A youth softball team honored the Newnan police officer that evacuated them just minutes before a shootout.

Hobbs' quick thinking got the team and their parents to safety just before a suspect shot at police officers in the same ball field.

The team honored Hobbs Tuesday night with a signed softball with all of their members' names on it. It was the same ball that they were playing with when Hobbs evacuated them.

The group also got new jerseys that honored Hobbs and the Newnan Police Department.