Michael Christopher and Vince Patete’s mothers are sisters who birthed them on the same day in 1983. The cousins recently welcomed their newborns on the same day. 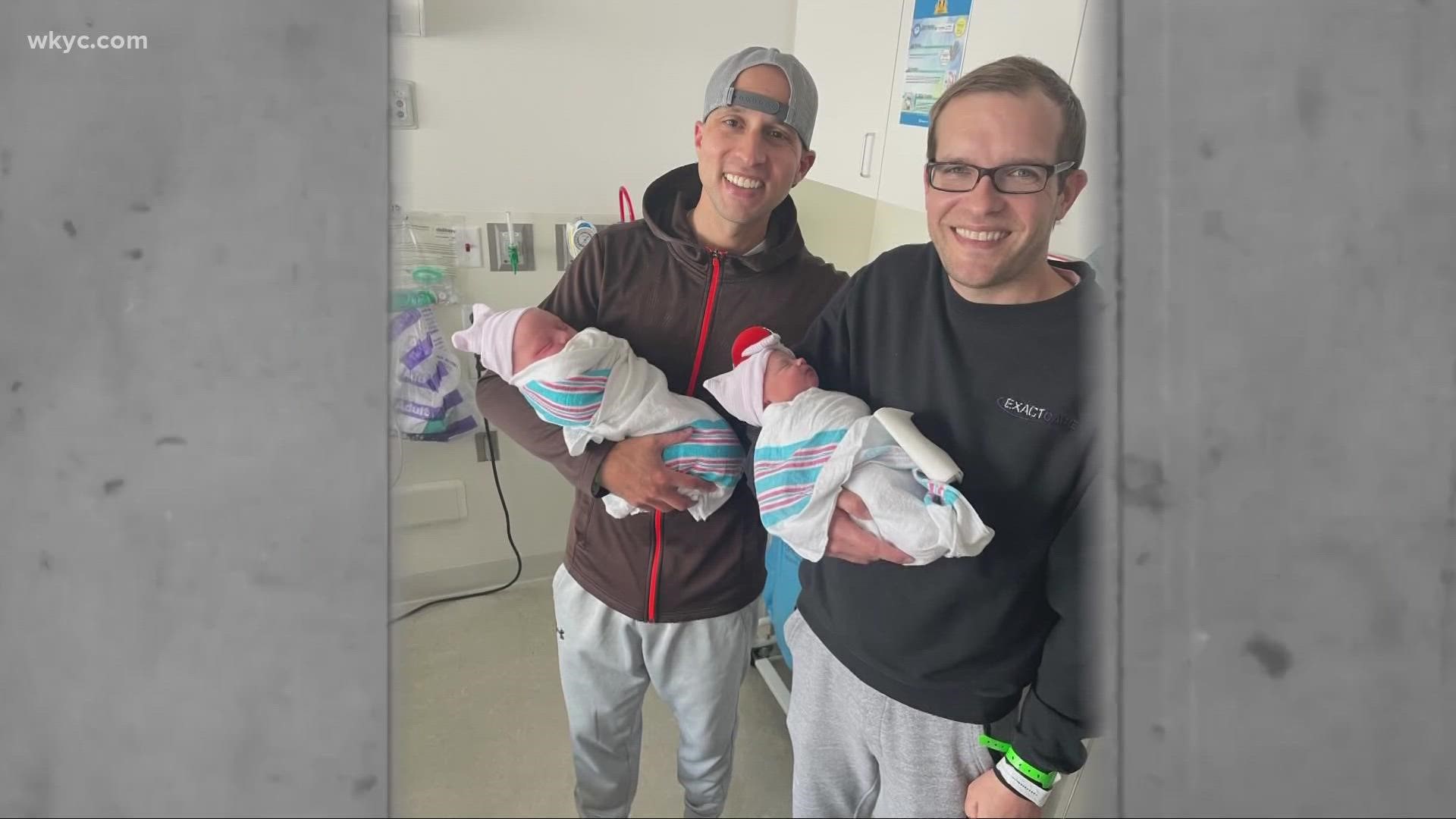 CLEVELAND — The story made front page news in Cleveland back in 1983. Sisters Susan Christopher and Jean Patete - pregnant at the same time - gave birth on the same day, by sheer coincidence.

Their babies, now adult men, have just welcomed their own newborns into the world on the same day.

"It’s wild. It’s wild. It still hasn’t really hit us yet, I think. It will, once we get home," said Michael.

"We both got to the hospital at the same time on Sunday. Both of our wives were induced within an hour of each other, and our little guy came yesterday morning at 5:06am at 9.5lbs. Vince was in the room next door. We heard pushing going on," said Michael.

"Lainey was born at 9:13am. Just shortly after Marco. It was amazing," said Vince.

"It's crazy. We still can't get a grasp of it," said Michael.

The two men were raised like brothers, and went on to create their own coincidences throughout their lives, like being each other’s best man at their weddings, and always having the same circle of friends, and hobbies.

"We're best friends. Even our moms are best friends to this day. We go golfing. He’s much better at golf than I am. I’m along for the ride and a few beers," said Vince.

"We're gonna encourage them to enjoy it. It’s really cool. I hope they’ll remain as close as myself and Michael, because it’s been a fun ride," said Vince.