What they really need is a van that can safely lift and carry both wheelchairs. Now a local restaurant is throwing them a Spirit Night to raise money. 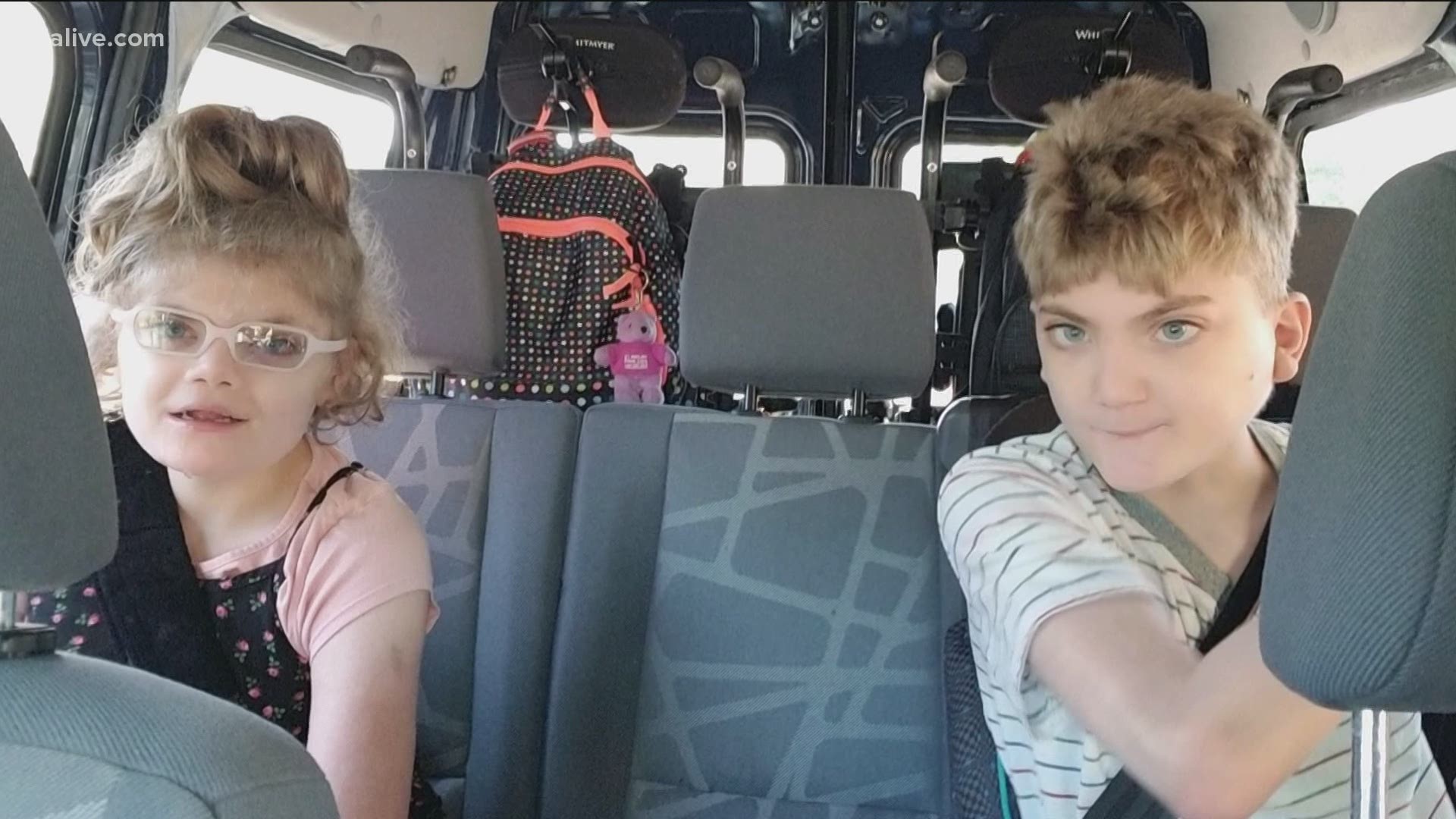 NEWNAN, Ga. — Jason Tuttle works part-time in between doctor’s appointments and hospital stays for his two kids with special needs.

That’s just a handful of the doctors who help care for Sam, who turns 12 on Election Day, and Zachary, 13.

Zachary also has Eagle Barrett Syndrome, a rare disorder characterized by a lack of stomach muscles. It is also referred to as Prune Belly syndrome.

“He essentially was born with no core abdominal muscles so when you look at his stomach, it basically, up until the surgery he recently had, his organs are just floating around,” Tuttle said. “He has diminished lung capacity which means when respiratory illnesses i.e. this pandemic come around [and] he catches it, it puts him in the hospital. So as you can imagine, life around my house is a little more tense right now because of this coronavirus going around.”

Until recently, Tuttle and his wife have made it work. She works full-time.

To shuttle the kids around, they manage to squeeze the two wheelchairs into the back of their existing van.

“It is so tight in there, I can’t even get a piece of paper in between them,” Tuttle said.

They lift the kids out of their chairs into the middle row of the van to ride, a task that’s getting harder as they grow and age.

What they really need is a van that can safely lift and carry both wheelchairs. They’ve been raising money for three years for one that can.

“There’s a Sprinter van about the size of an Amazon van, like the delivery van. It’s got a lift on the back to put them in, and it’s big enough so they can be in there as full adults to grow into the space,” Tuttle said.

After three years, they’re closing in on a new deadline. Zach and Sam just got fitted for new, bigger wheelchairs as they grow. They’re supposed to get these new chairs on Oct. 28.

The problem? The new chairs won’t fit inside the van.

That means the family won’t be able to ride in one car.

“I’m going to have to do individual appointments,” Tuttle said.

Now the community is stepping up and helping the Tuttle family with a Spirit Night. H.J. Wings and Things in Newnan has pledged to donate 50% of what they bring in on November 8 to help raise money for the Tuttle’s new car.

For a man who would rather do it himself, Tuttle says it’s humbling to know there are strangers out there willing to help.