A man asks his girlfriend of 17 years to marry him at the fair, did she say yes? 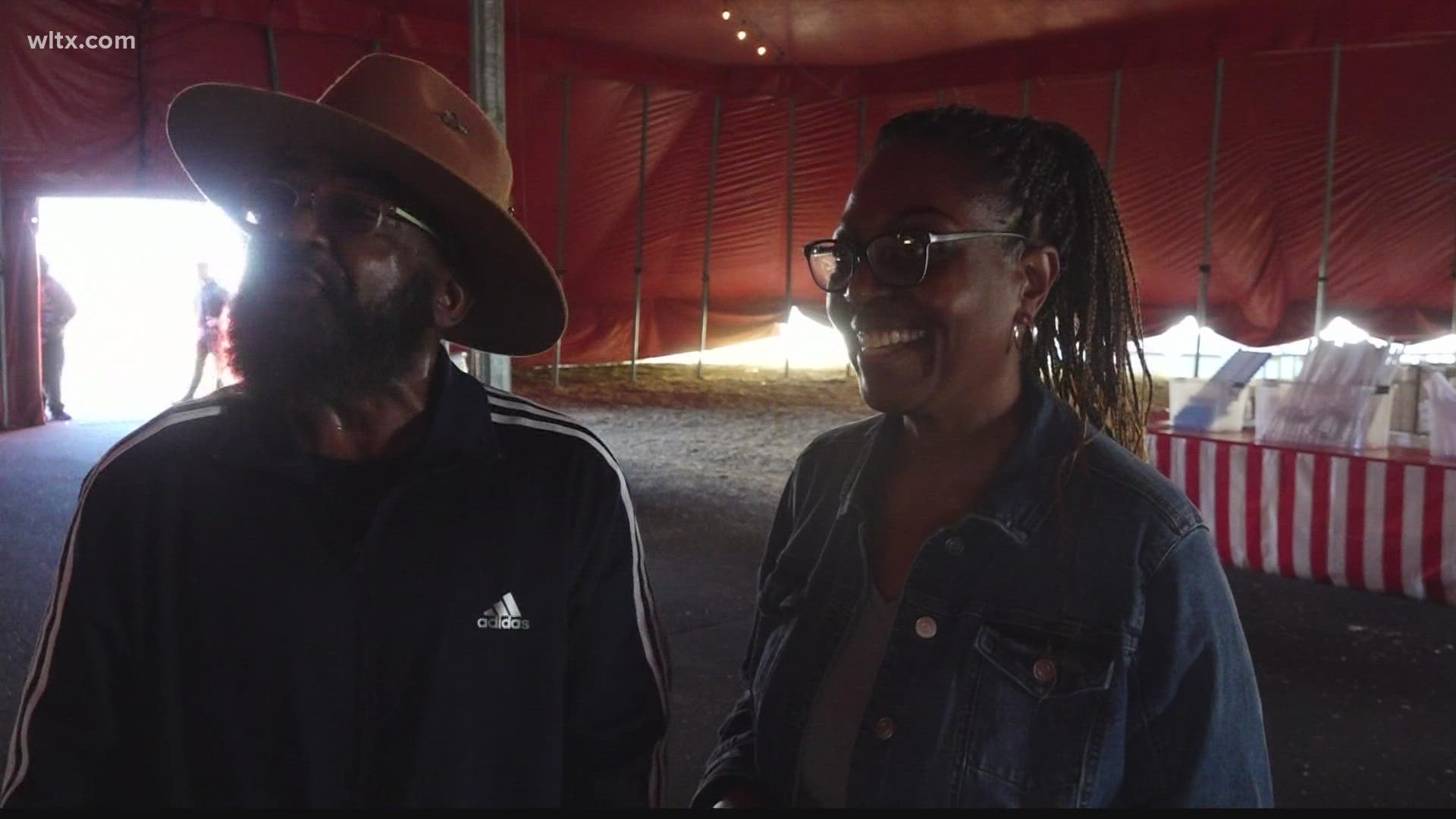 For many who go to the South Carolina State fair, taking home some cotton candy or a stuffed animal rounds out a pretty good day at the fair.

But one Columbia woman took home something way better than Fiske Fries or a giant stuffed animal, she took home an engagement ring.

For the last 17 years, Zenobia Dodd has been dating Terrance White.

While taking his true love to the South Carolina State fair, it hit him.   White decided this would be the day that he would ask Zenobia for her hand in marriage.

Now lots of weddings are a bit of a circus, but Dodd thought what a great place, the circus tent at the fair, to ask her to spend the rest of her life with him.

At the end of the afternoon performance of the Circus under the Big Tent, he made his move.

Dodd had no idea he was going to propose but she said yes right away.

Her soon to be husband rushed around the arena to thank the performers and those just hanging around and watching, for allowing him to propose.

When asked, White said this was the right place,  "I'm a little different and I like to do things with a little pop and surprise, " he also added that he hoped this would allow the world to see his love for his soon to be wife.

The couple plans on wasting no time getting married.

The two will walk down the aisle this Saturday in the Outer Banks.

If you think that you want to ask your girl or boyfriend to get married and you want to do it at the State Fair, you have until October 24th, that's the last day of the fair.