Shawn-Christopher Freeman was an immensely successful dance pro before he left it for the classroom. Now he's pursuing his dance dreams once more. 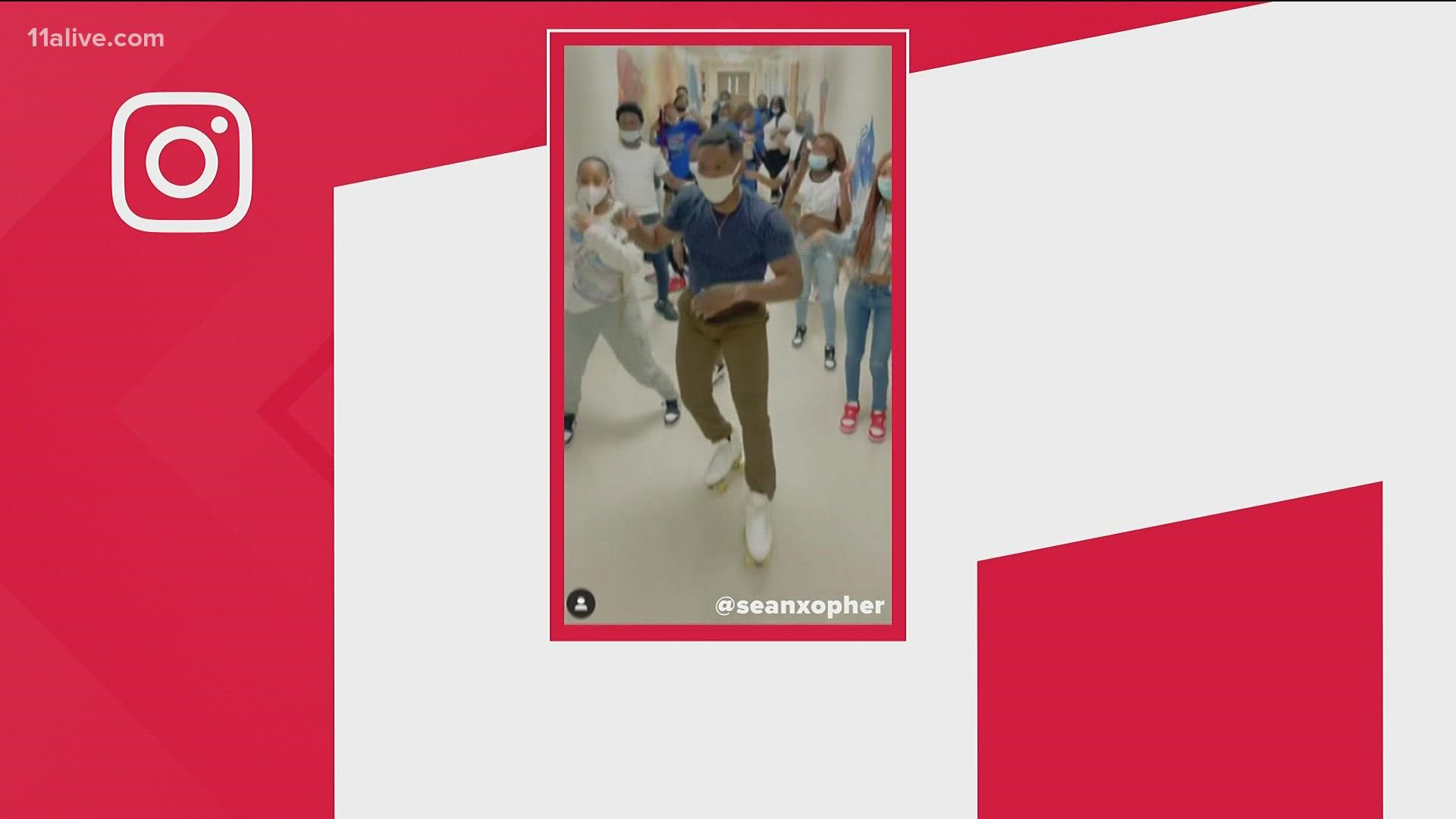 ATLANTA — It's an irresistible clip, the kind that all but had to go viral: An Atlanta teacher on the first day of school dancing in roller skates with his students in the hallway to Bruno Mars, flashing the kind of moves that look like they belong in a professional music video.

That's in part because the moves do belong in a professional music video.

The teacher, Sean-Christopher Freeman of Booker T. Washington High School in Atlanta, was an immensely successful dance pro who appeared on shows like "Dancing With the Stars" and "So You Think You Can Dance" before he left it behind for the classroom seven years ago.

RELATED: An Atlanta dancer got into Juilliard. Now comes the hard part.

As the roller-dancing clip that went viral earlier this month suggests, though, he's still got the moves.

And, he told 11Alive, he's pursuing his passion again thanks to the new perspective he's found during the pandemic.

"I love teaching, but I felt like I didn't get the opportunity to fully, fully live out my dreams," he said. "COVID saved me, it really honestly did. It made me re-center and re-focus."

Freeman has choreographed six music videos recently, and is set to perform at the Latin Billboard Music Awards next month.

He said he hopes the example of him reigniting the flame of chasing his dreams provides an inspiration for his students.

"I'm really living out my dream, and that's something that I hope that I can share with them as well," he said.