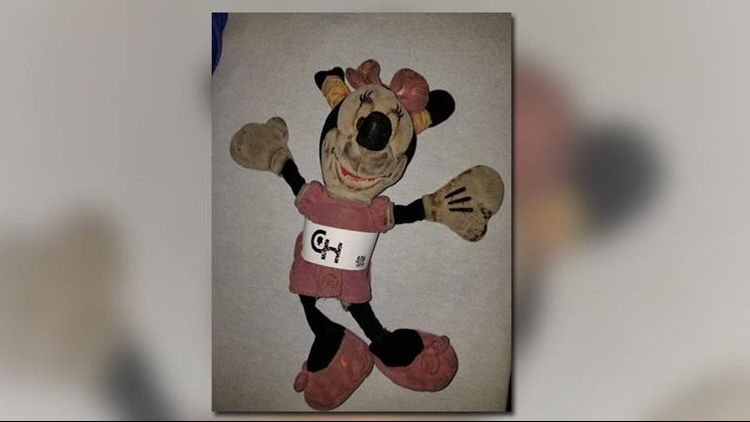 BENSALEM, Pa. — Police in Pennsylvania, along with a local Chick-Fil-A and people on social media, are all coming together to help find a missing Minnie Mouse doll belonging to a young girl.

The cherished doll has helped the girl overcome 40 brain surgeries.

Saturday, Niki Dougherty-Ramirez shared a photo of the doll on Facebook in a plea for help in finding it.

Dougherty-Ramirez says the doll was last seen at a Chick-fil-A restaurant on Horizon Boulevard near the Neshaminy Mall in Pennsylvania around 6 p.m. that day.

The Chick-Fil-A restaurant even posted a sign for missing Minnie and they are offering a $250 reward plus a free meal once a week for a year.

Her daughter has had the doll for 13 years and says the doll is not dirty, just "well loved."

"My daughter is beyond heart broken. I hope we can find her," Dougherty-Ramirez wrote on Facebook. "I cant imagine having to send her into the OR again without her Minnie."

After her post, the Bensalem Police Department opened a case for the missing doll.

"Minnie brings a lot of joy to a special young lady named Bryanna Ramirez and has been with her for 40 brain surgeries at CHOP. Anyone with information should call 215-633-3719," the poster reads.