A 67-year-old homeless marine veteran was sleeping outside of a cosmetology school when he was helped to find housing by the business owner. 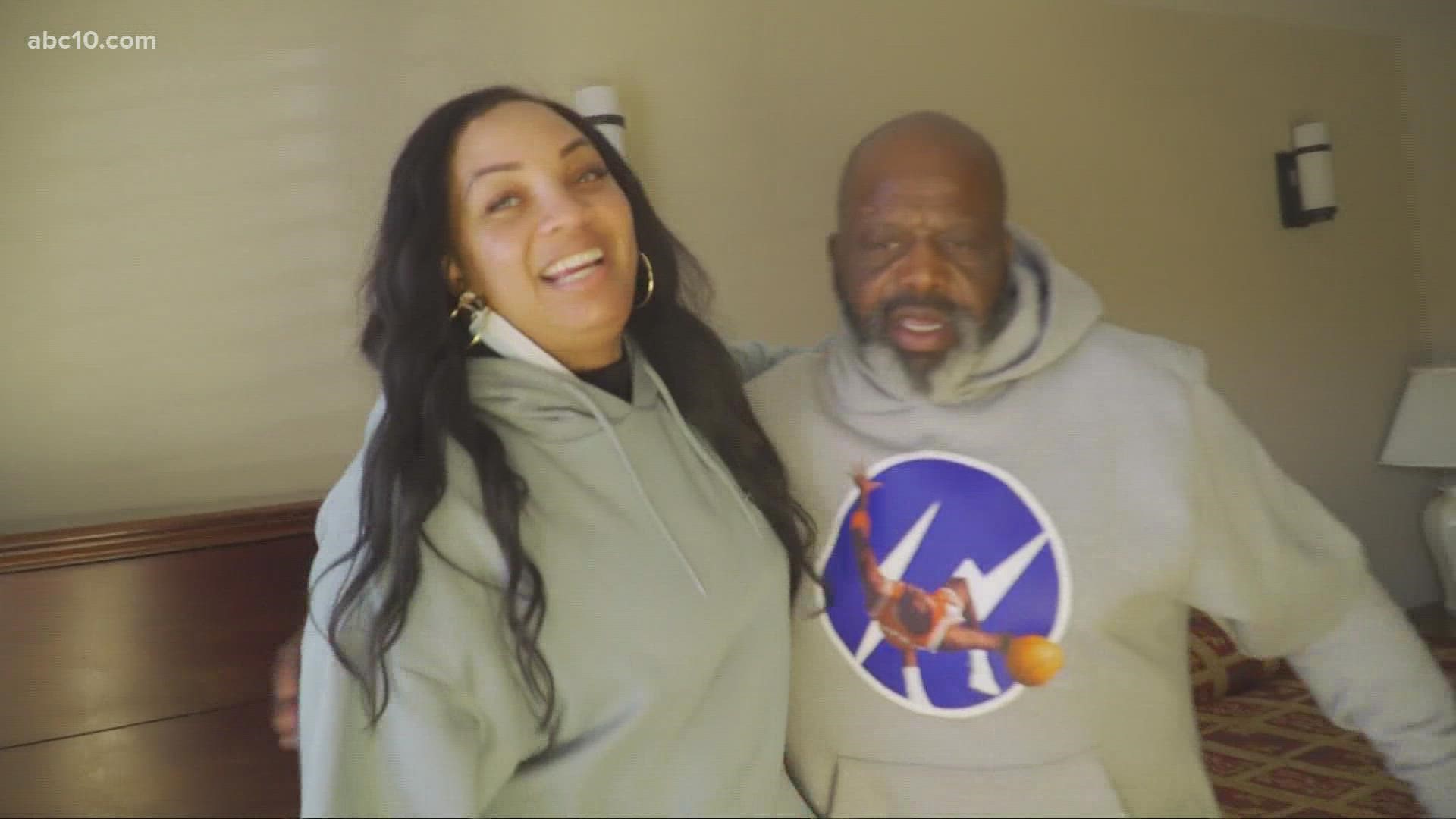 SACRAMENTO, Calif. — A Sacramento woman helped to house a homeless Marine veteran after finding him outside her business. After she shared his story on social media, she raised more than $2,000 to go toward his permanent housing.

When 67-year-old  Isaac Duson met Sharie Wilson last Tuesday, he was sleeping outside of Mixed Institute of Cosmetology and Barber, a school she runs in Sacramento. It had been raining that night, she said he was cold and hungry, and could barely speak.

"When I put my eyes on him, it was just something different," Wilson said. "Whatever I had in my car, I was just giving it to him. And God told me, ‘You need to house him.' And I’m like, 'OK.'"

Originally from Chicago,  Duson was a Black veteran Marine who had served for 10 years. In March 2020, he found himself homeless.

"A lot of people know nowadays, you don’t have to be a druggie or an alcoholic to be homeless," Duson said. "One slip and there you go."

Wilson, also the owner of DreamGirls Salon in Elk Grove, booked an Uber and gave Duson money for a motel, but she said she knew she couldn’t stop there. She kept following up with him.

"It’s a lot of times we see homeless people and we just walk passed them or we just give them something and that's it," Wilson explained. "But just felt God tell me I have to keep him, like, I can’t release him."

After sharing Duson's story on social media and through her nonprofits, Mixed Foundation and Dreams Unlimited, Wilson had raised more than $2,000 to go toward finding Duson permanent housing.

"I couldn’t have done it without the help of people," Duson said. "This is what we’re here for-- to be kind and help each other."

In the meantime, they had partnered with Mack Road Partnership to get Duson a motel while the city helped him to get his documents in order and find him rental assistance.

The funds donated to Duson had been used for six nights at a motel, the rest would go toward his rent when the time came.

"I just thank God that people who heard his story saw it in their hearts to give back to him," Wilson said. "There's no reason why anyone should be sleeping outside, but especially someone who served our country for 10 years."

As of 2020, there were more than 11,000 veterans who were unhoused in California. According to the National Alliance to End Homelessness, 33% are African American, compared to 12% of the general veteran population.

Wilson said she would continue to follow up with her new friend, Duson. She said he had inspired her to relaunch her non-profits and to create a food and clothing closet at her school, Mixed Institute of Cosmetology and Barber.

WATCH MORE: Latest on Sacramento's Right to Housing and Obligation to Accept proposal