She's going to Spelman College in the fall. She's only 14 years old.

Wilson learned that she was accepted to be a member of the Class of 2023. She'll be the youngest student to ever attend. 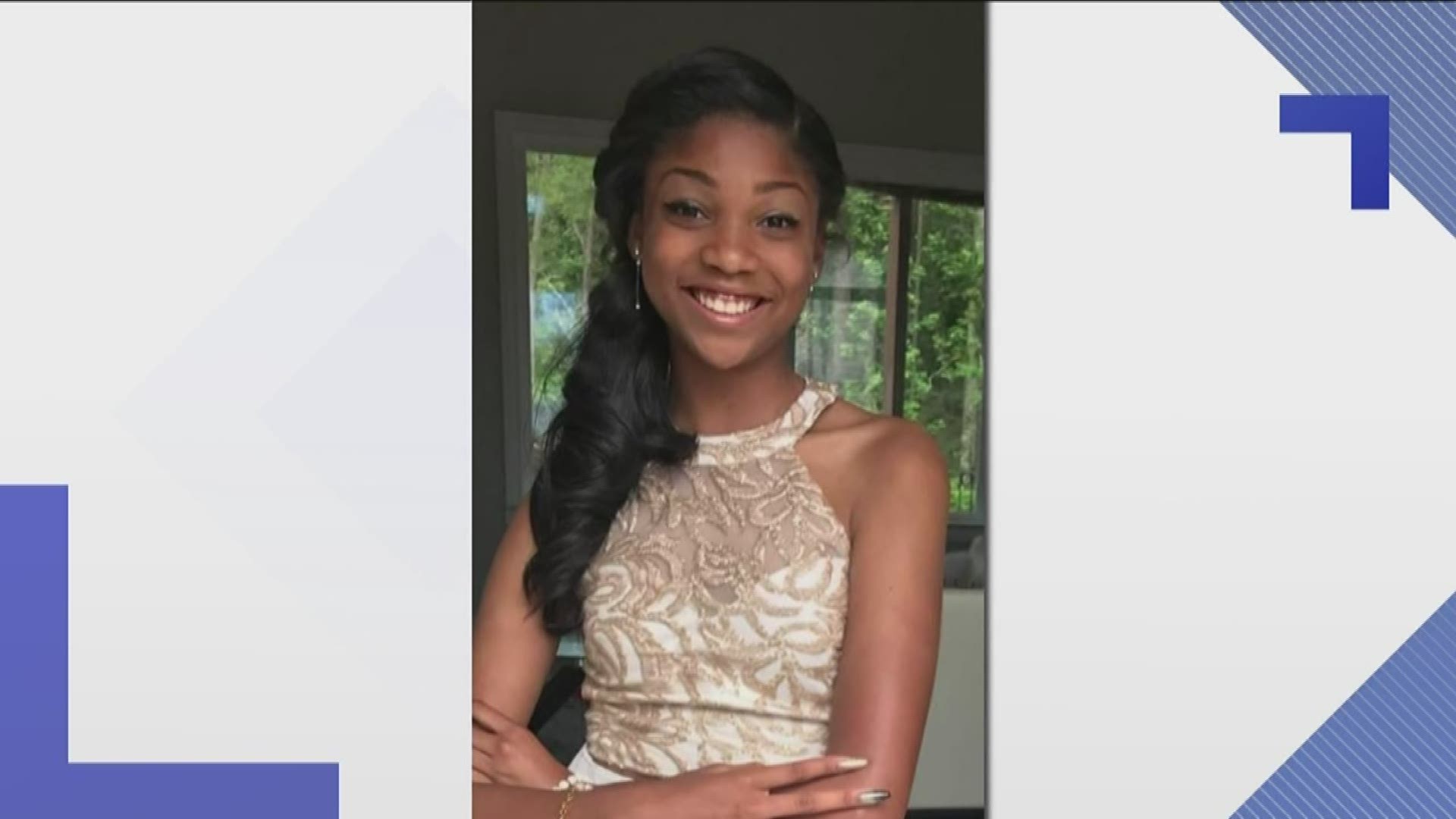 LITHONIA, Ga. — When the freshman class steps onto Spelman College's campus in the fall, Sydney Wilson will be among them.

Wilson learned earlier this May that she was accepted to be a member of the Class of 2023 at the Atlanta Historically Black College and University - making her the youngest student ever.

"You have presented the Admissions Committee a portfolio demonstrating outstanding academic achievement, a commitment to service in your community, and strong leadership potential," Wilson's admissions letter reads.

"You have earned a seat with your sisters in this year's class because you have demonstrated that you are a scholar and a leader," the letter continues.

Wilson is a graduate of the Wilson Academy in Lithonia, a year-round school that focuses on critical thinking skill, financial literacy, and STEM. The school shared the news of her acceptance, cheering her on.

"Congratulations to Wilson Academy student Sydney Wilson, who at the age of 13 has been accepted to and will be attending in the fall the #1 HBCU in the country, Spelman College!" the school wrote. "Way to go!! Continue to work hard!!!"

RELATED: He’s the 1st African-American Male valedictorian at his Georgia high school and is graduating with a 4.7 GPA

In an interview with 11Alive, Wilson said the decision to attend Spelman was years in the making. She said she first encountered the idea when she was just 8 years old and visited the campus.

"My school always does a college tour just to give kids exposure so they don't think about just one college, so I had gone on a Spelman tour when I was eight, and I really liked the vibe there - a lot of strong, black independent women around me, and it seemed like it really had a sense of community," the teen described.

The idea became more solidified when she attended a black college expo in high school, featuring all HBCUs.

"That kind of gave me a little peek of HBCU life and it really intrigued me," she explained.

Add in her test scores, and Wilson said it all became feasible and Spelman just seemed like the right choice. And while Wilson is looking forward to joining the freshman class, she admitted there are some expected nerves.

"It's something new, so I don't really know what to expect, but, overall I'm very excited," she said.

But, Wilson said she's up to facing that anxiety and promised it won't let that stop her from immersing herself in campus life.

"I think it will be a smooth transition being accepted there, and I'm really just excited to be part of the sisterhood," she said, explaining the feeling of family she felt. "I want to actually be a student and be a part of Spelman instead of just showing up and taking classes there."

Wilson graduated from the year-round high school this past Saturday, where she was a Co-Valedictorian. The school says, she should have graduated from eighth grade this year.

For the last two years, Wilson scored in the top 1 percent in the country, for her age, on the SAT, according to the school. While in high school, Wilson also played center-back for the soccer team and ran track for The Wilson Academy's high school team.

In addition to sports, Wilson was a lead programmer for the robotics team and president of the Rotary Club.

The 14-year-old plans to major in biology - she said she loves animals and spent hours playing in the dirt as a kid.

Spelman College was founded in 1881 as the Atlanta Baptist Female Seminary, and became a college in 1924. Since its founding, it has graduated from its hallowed campus a number of celebrated black women, including writer Alice Walker, activist Marian Wright Edelman, Dr. Bernice King, and others.