During the ceremony, there was a standing ovation for Sgt. Holloway and the rest of the Carrollton Police who attended. 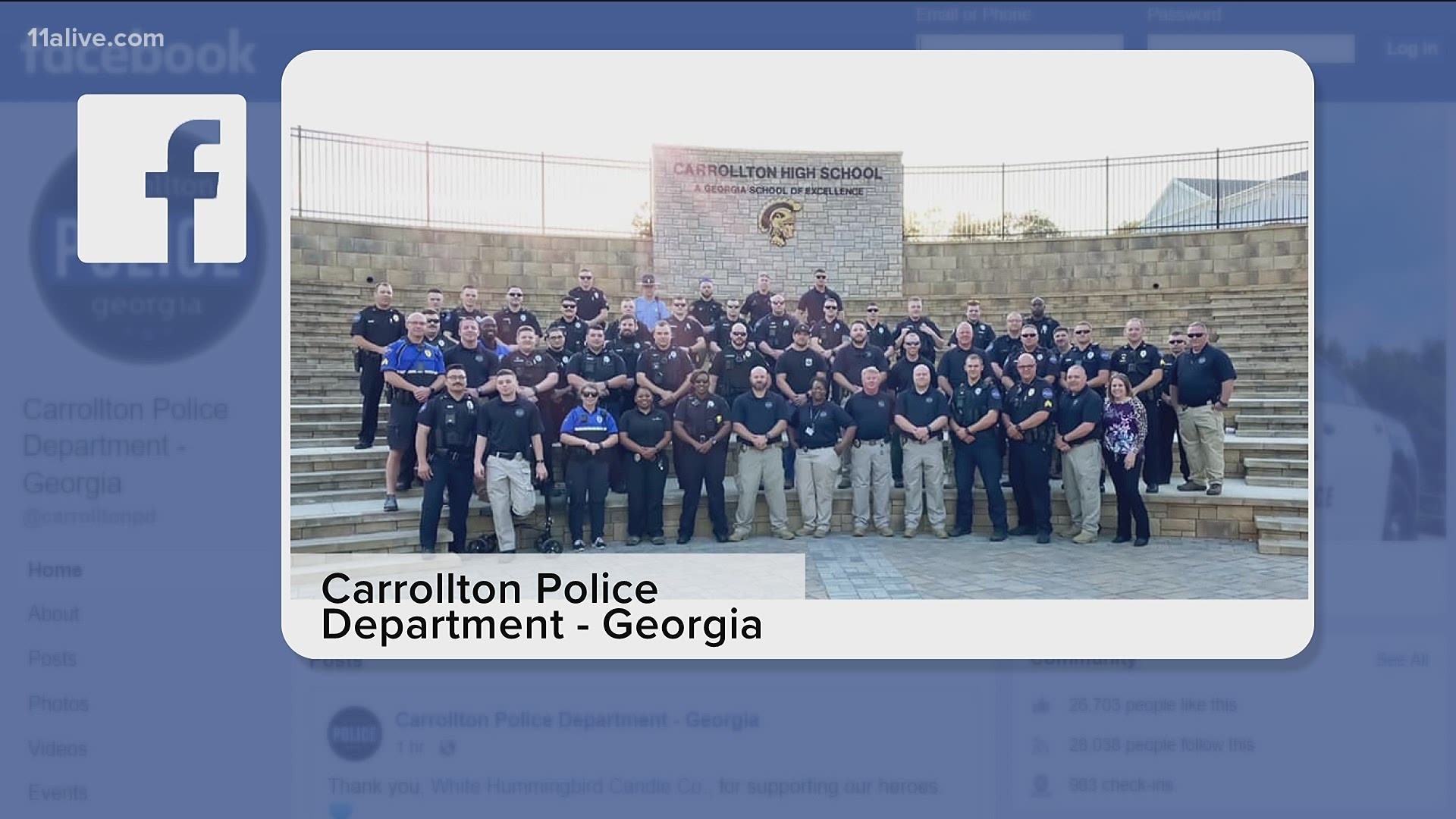 CARROLLTON, Ga. — The son of the Carrollton police sergeant, who was shot in the head after a chase on Monday, received an academic award at his high school Thursday night - and there were some familiar faces in the crowd.

After an emotional week, the Carrollton Police Department showed up to support Sgt. Rob Holloway's son Grady, when he received a "Golden Apple" award at Carrollton High School.

The award is given to graduating high school seniors for their academic achievement.

During the ceremony, there was a standing ovation for Sgt. Holloway and the rest of the Carrollton police who attended.

Thanks to technology, Sgt. Holloway watched his son receive the award while he continues to recover in the ICU.

Three officers in all were hurt on Monday when the Georgia Bureau of Investigation said two suspects shot at them during a chase that crossed into several cities.